The goal of this specialty is to provide the first interdisciplinary forum for philosophers, psychologists, legal experts, AI researchers and roboticists to disseminate their work specifically targeting the ethical aspects of autonomous intelligent robots. 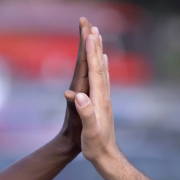 Your research can change the world

As robots are becoming increasingly intelligent and autonomous, from self-driving cars to assistive robots for vulnerable populations, important ethical questions inevitably emerge wherever and whenever such robots interact with humans and thereby impact human well-being. Questions that must be answered include whether such robots should be deployed in human societies in fairly unconstrained environments and what kinds of provisions are needed in robotic control systems to ensure that autonomous machines will not cause humans harms or at least minimize harm when it cannot be avoided.

The goal of this specialty is to provide the first interdisciplinary forum for philosophers, psychologists, legal experts, AI researchers and roboticists to disseminate their work specifically targeting the ethical aspects of autonomous intelligent robots. Note that the conjunction of "AI and robotics" here indicates the journal's intended focus is on the ethics of intelligent autonomous robots, not the ethics of AI in general or the ethics of non-intelligent, non-autonomous machines.

Examples of questions that we seek to address in this journal are:
-- computational architectures for moral machines
-- algorithms for moral reasoning, planning, and decision-making
-- formal representations of moral principles in robots
-- computational frameworks for robot ethics
-- human perceptions and the social impact of moral machines
-- legal aspects of developing and disseminating moral machines
-- algorithms for learning and applying moral principles
-- implications of robotic embodiment/physical presence in social space
-- variance of ethical challenges across different contexts of human
-robot interaction

All manuscripts must be submitted directly to the section Ethics in Robotics and Artificial Intelligence, where they are peer-reviewed by the Associate and Review Editors of the specialty section.

For all queries regarding manuscripts in Review and potential conflicts of interest, please contact roboticsandai.editorial.office@frontiersin.org