In this data report we make available to the community a highly variable longitudinal MRI mouse brain data set of ischemic lesion after transient middle cerebral artery occlusion (tMCAo). Together with the provided semi-automated and automated segmentations, these data can be used to further improve the method proposed by Mulder et al. (2017) and also to serve as a benchmark for comparison between different approaches to segment ischemic lesions in MRI mouse brain data. It can also be used to develop and validate algorithms that further classify the stroke area into core and penumbra.

• Segmentations of the ischemic lesions are provided as well. These were obtained by: (i) two observers using a semi-automated method and (ii) using the novel automated segmentation approach described by Mulder et al. (2017).

• For 99 of these scans, an accompanying set of Bruker MR diffusion maps, containing the Diffusion-Weighted Image (DWI) and calculated Apparent Diffusion Coefficient (ADC) maps, is included.

• Experimental set-up: infarct was induced in male mice of different age and background, using the tMCAo model. After that, MRI scans at different time points after infarct induction were acquired.

Male WT mice were subdivided into three main sets, respectively labeled as: “Leiden-Set”, “Cologne-Set-1”, “Cologne-Set-2”, depending on the city of origin and acquisition protocol.

Animals were housed with littermates, in a temperature-controlled environment, with food and water ad libitum. All animal experiments performed at the Leiden University Medical Center (LUMC) were approved by the local committee for animal health, ethics, and research of LUMC. All animal experiments conducted at the Max Plank Institute for Metabolism Research in Cologne were performed in accordance with the German Animal Welfare Act and approved by the local authorities (Landesamt für Naturschutz, Umwelt und Verbraucherschutz NRW).

Scans were performed with small-animal Bruker MRI systems using a Multi-Slice Multi-Echo sequence protocol. Animals from the Leiden-Set were scanned at 7 T (Pharmascan, Bruker BioSpin, Ettlingen, Germany), whilst animals from the Cologne-Sets were scanned at 11.7 T (Biospec 11.7 T/16, Bruker BioSpin). Quantitative T2 and ADC maps were calculated from the raw data using Paravision 5.1 software (Bruker Pharmascan) for the Leiden-Set and IDL software was used to calculate the quantitative T2 maps of the Cologne-Sets.

Table 1 shows a complete overview of all scans, together with a summary of the main imaging acquisition parameters. 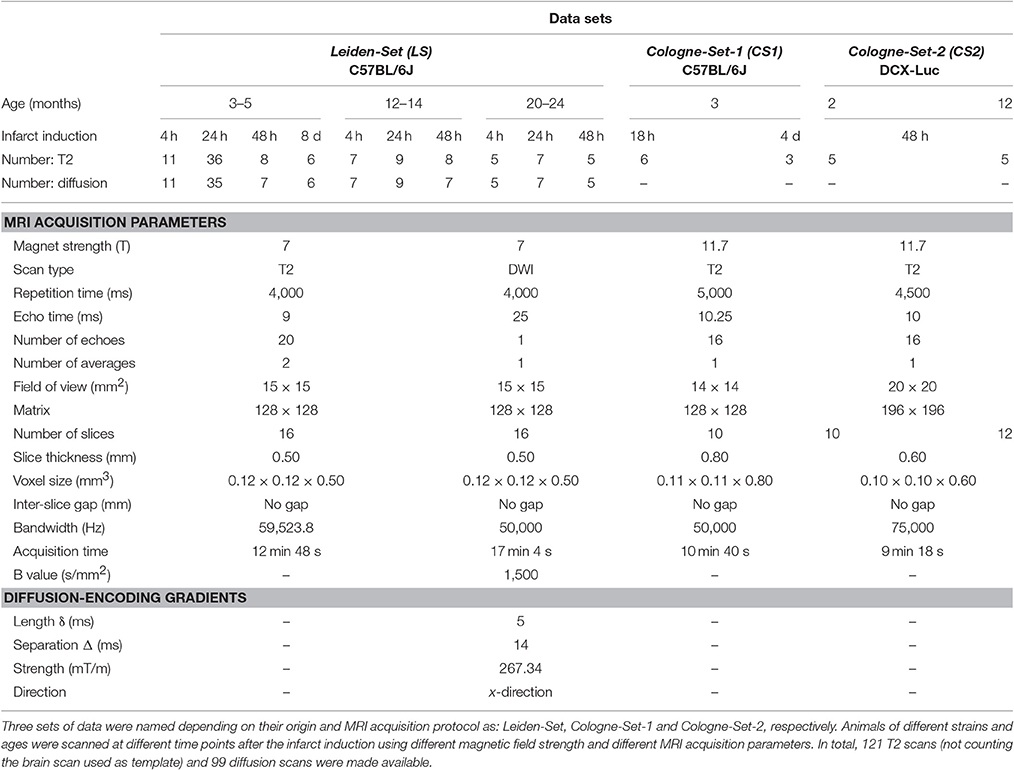 Table 1. Summary of the data made available.

Infarcts were induced using a modified transient middle cerebral artery occlusion (tMCAo) model first described by Longa et al. (1989). Mice were anesthetized using isoflurane (3% induction, 1.5% maintenance) in 70% pressurized air and 30% O2. Painkiller carprofen (5 mg/kg, s.c.; Carporal, 50 mg/mL, AST Farma BV, Oudewater, Netherlands) was given before surgery. During surgery, the mouse body temperature was maintained at around 37°C using a rectal probe and feedback system. During the surgical procedure, a silicone-coated nylon monofilament (7017PK5Re; Doccol Company, Redlands, CA, USA) was inserted into the right common carotid artery and advanced via the internal carotid artery and circle of Willis to eventually block the middle cerebral artery (MCA) at its origin (decreasing blood flow substantially in the MCA territory, in the right hemisphere) and the skin was sutured. During the occlusion period, the mouse was allowed to wake up in a temperature-controlled incubator (V1200; Peco Services Ltd., Brough, UK). After 30 min of occlusion, the mouse was re-anesthetized in order to remove the suture and withdraw the monofilament to allow reperfusion. After surgery, the animal was allowed to recover for 2 h in the incubator to maintain body temperature at around 37°C, with easy access to food and water.

The novel method developed to segment the ischemic lesion in mouse brains in an automated fashion is described in detail in Mulder et al. (2017) and is available for download from the Software Downloads section of our webpage2. The same manuscript describes how the semi-automated segmentations (by two observers) used for validation of the automated algorithm were obtained. In “Description of the Files Associated with the Template Image” section, the files associated with the template brain image used as a part of the automated segmentation framework are described.

Description of All Scan Names and Corresponding MRI Bruker Folders

All scans are named according to the following convention: “[SetName]_[SubjectNumber]_[TimeAfterStrokeOnset]”.

Inside the Bruker folders, all scans of each set were subdivided according to the different age groups.

In addition to the Bruker MRI data files, corresponding echoes, T2 maps, automated ischemic lesion segmentations and the semi-automated ones obtained by two observers (IM, SdJ) are provided in MetaImage format. In addition, the semi-automated segmentations are also provided in a format readable by the ROI manager of ImageJ. Each file was named according to the following convention (here “SN” = “ScanName”): “[SN]_[TypeOfDataDescriptor]”:

Description of the Files Associated with the Template Image

All files associated with a single scan of the mouse, 24 h after stroke onset (belonging to the 3- to 5-month-old mice age group) that was used as a template/reference image in the registration step of the automated ischemic lesion approach proposed by Mulder et al. (2017), are provided in MetaImage format. The manually drawn labels were propagated to each data set and used to initialize the level-set-based segmentation. The sum of all the 20 echoes and the whole brain mask were used during the registration step as the fixed image and fixed mask, respectively:

Copyright © 2017 Mulder, Khmelinskii, Dzyubachyk, de Jong, Wermer, Hoehn, Lelieveldt and van den Maagdenberg. This is an open-access article distributed under the terms of the Creative Commons Attribution License (CC BY). The use, distribution or reproduction in other forums is permitted, provided the original author(s) or licensor are credited and that the original publication in this journal is cited, in accordance with accepted academic practice. No use, distribution or reproduction is permitted which does not comply with these terms.