Obesity is the worldwide leading metabolic disease with progressively increasing prevalence in developed and developing countries. Due to the rising trend in its prevalence, by the year 2030, if no actions are taken against this threat, the number of obese adults is projected to be around 600 million to 1 billion individuals (Kelly et al., 2008). This alarming situation made the World Health Organization refers to obesity as a global epidemic (Formiguera and Cantón, 2004).

Besides being an important clinical and public health burden in itself, obesity represents an important risk factor for atherosclerosis-related cardiovascular diseases, such as coronary artery disease. Indeed, some studies have indicated that obesity is associated with the impairment of endothelial function, one of the earliest markers of the atherosclerotic process (Hashimoto et al., 1998; de Jongh et al., 2004; Anderson, 2007; Yeboah et al., 2007). In this pathophysiological model of atherosclerotic disease, before the development of clinically overt atherosclerosis, arterial wall changes are limited to impaired endothelial function (Hashimoto et al., 2000).

Eighty women, aged 18–30 years old, with sedentary lifestyle were enrolled in this study. These subjects were consecutively recruited from Rio de Janeiro State University's outpatient clinic and from community volunteers. A structured interview, complete physical examination, and laboratory tests were performed to exclude subjects with diseases other than obesity, hypertension, hyperlipidemia, insulin resistance, and metabolic syndrome. Patients with glucose intolerance, diabetes mellitus, smoking habit, regular drinking habit, regular use of medications, and clinical manifestations of atherosclerosis were intentionally excluded due to known changes of vascular function.

Each subject made two visits (on two consecutive days) to the Laboratory for Clinical and Experimental Research in Vascular Biology at Rio de Janeiro State University. In the morning of the first clinical visit, they were subjected to physical examination, anthropometric measurements, and laboratory tests. Blood and urine sampling was performed after 10–12 h overnight fast to measure plasma glucose, lipid profile, insulin, and other biochemical and inflammatory parameters. After fasting blood sampling, all subjects underwent a 2-h 75-g oral anhydrous glucose tolerance test to exclude glucose intolerance or diabetes (according to American Diabetes Association criteria, American Diabetes Association, 2014). In the morning of the second clinical visit, venous occlusion plethysmography was performed after 8–12 h overnight fast to assess endothelial function and vascular reactivity.

Studies were carried out in a quiet temperature-controlled room (21 ± 1°C) with the subjects in supine position. Forearm blood flow (FBF), in mL.100 mL−1 forearm volume.min−1, was measured by mercury-in-silastic strain gauge venous occlusion plethysmograph (Hokanson EC6, D.E. Hokanson, Bellevue, WA, USA) placed in the point of maximal circumference of the non-dominant forearm, which was maintained at the level of the heart. Drugs or normal saline were continuously infused at 1.0 mL.min−1 into the ipsilateral brachial artery through a 27 SWG needle introduced under local anesthesia (1 mL of 1% lidocaine). After arterial needle insertion, subjects were allowed to rest for 30 min before any flow measurement.

Endothelial and vascular smooth muscle cell functions, as depicted by vascular reactivity, were evaluated measuring FBF responses to intra-arterial infusion of three increasing doses of endothelium-dependent [acetylcholine (Ach) 7.5, 15, and 30 μg.min−1] and independent [sodium nitroprusside (SNP) 2, 4, 8 μg.min−1] vasodilators, in this order. Each dose was infused for 5 min and FBF was recorded during the last 2 min of infusion. Prior to initiation of Ach and SNP, normal saline was infused for 20 min, and then blood flow measurements were taken to establish resting control values (baseline). This allowed an interval of 20 min between Ach and SNP infusions.

During the recording periods, hand circulation was excluded by inflating a wrist cuff to suprasystolic pressure 1 min before flow measurement. The upper arm congesting cuffs were intermittently inflated to 40 mmHg for 10 s in 15 s cycles to temporally occlude venous return, producing five flow measurements (slopes). Venous occlusion plethysmography apparatus was connected to an analog-to-digital converter (PowerLab 8/35, AD Instruments, Castle Hill, Australia) and data were recorded directly onto computer for later analysis with LabChart Pro 8 software (AD Instruments, Castle Hill, Australia). The first flow measurement was always excluded and the mean of the remaining four measurements in each recording period was used for data analysis. Responses to each dose of Ach or SNP were summed and analyzed as Cumulative FBF, which represents an integrated measurement of the cumulative response to the progressive doses of each vasodilator.

Results are expressed as means ± standard deviation of the mean (SD) for each group, unless otherwise noted. Statistical comparisons of normally distributed variables were performed using One-Way ANOVA, whereas Kruskal-Wallis test was used for other variables. When appropriate, an adequate test was used for post-hoc analysis: Bonferroni method or Dunn's multiple-comparisons. We also have performed univariate and multiple regression analysis of cumulative FBF responses to intra-arterial infusion of vasodilators in relation to other study variables or set of variables in order to find significant correlations and to perform confounder-adjusted analysis. Spearman correlation coefficients and p-values were calculated for univariate analysis. All statistical analyses were performed using Stata 10.1 (StataCorp, College Station, TX, USA) and GraphPad Prism 6.03 (GraphPad Software, La Jolla, CA, USA) and the significance level was set as p < 0.05 for a two-tailed test. 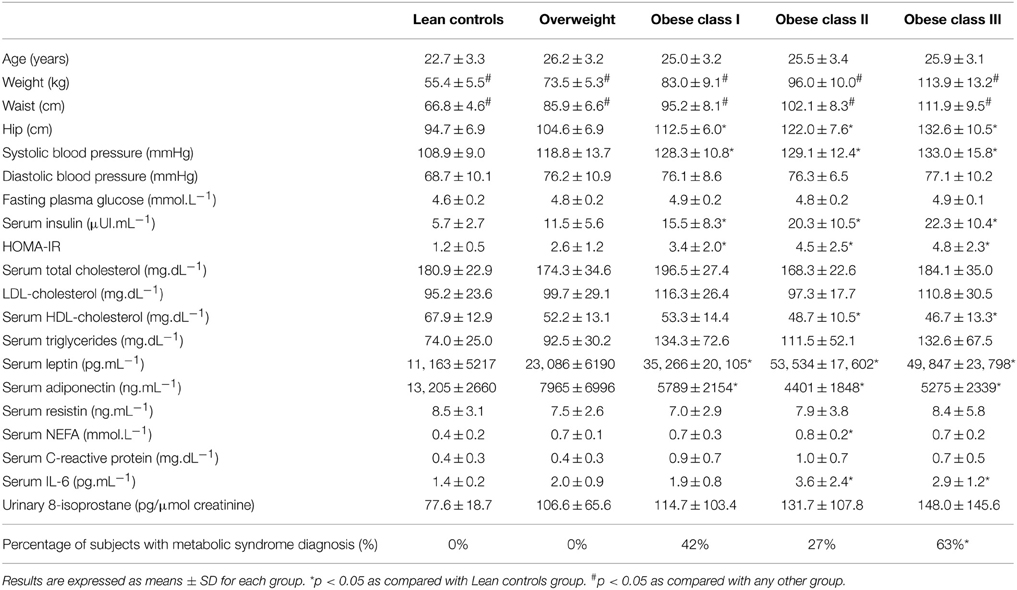 Table 2. Forearm blood flow (FBF) at baseline and after all three doses of Ach or SNP.

Figure 2. Scatter plots of significant correlations between cumulative forearm blood flow (FBF) responses to intra-arterial infusion of vasodilators and body mass index (BMI). (A,B) Note that the less the BMI is, the better the cumulative response to the progressive doses of vasodilators are. Spearman correlation coefficient and p-values for univariate analysis are shown for each correlation. n = 80.

This study showed that vascular reactivity to intra-arterial infusions of endothelium-dependent (Ach) and independent (SNP) vasodilators, was greater in lean subjects than in obese ones. Several studies have already indicated that obesity is associated with the impairment of endothelial function (Hashimoto et al., 1998; de Jongh et al., 2004; Anderson, 2007; Yeboah et al., 2007), and that an inflammatory state associated with the release of a variety of cytokines and cytokine-like substances, such as leptin and resistin, is among the mechanisms that underlie the resultant microvascular dysfunction (Singer and Granger, 2007). An altered sympathetic neuronal responsiveness leading to diminished nitric-oxide dilation has also been suggested (Vollenweider et al., 1994). Our new finding was that an increasing impairment of endothelium-dependent and independent changes in FBF could be observed as BMI increases. Statistically, not only univariate analysis but also multiple regression analysis confirmed that BMI is an independent variable relating to cumulative FBF response to vasodilators.

Other important finding of our study was that no statistical differences were observed in vascular smooth muscle cell function between lean, overweight, obese class I, and obese class II subjects (considering cumulative SNP response data) and in both endothelial and smooth muscle cell function between lean subjects and overweight ones. Together, these findings support the hypotheses that obesity class I is the first grade of obesity in which endothelial dysfunction can be detected, that arterial wall damages progress in direct relationship with BMI, and that in initial stages of obesity (obesity class I and II) before the development of overt atherosclerosis with vascular smooth muscle cell function impairment, arterial wall changes are limited to impaired endothelial function. Of note, it has already been shown that implementation of strategies targeting the reduction of risk factors related to atherosclerotic disease resulted in improvements of impaired endothelial function (Celermajer et al., 1993; Vogel, 1999; de Kleijn et al., 2001; Gokce et al., 2002; Taddei et al., 2002), allowing us to hypothesize about the existence of a “potentially reversible stage of atherosclerosis” when preventive measures could be taken. Unfortunately, despite considerable amount of evidence that impaired endothelial function can be improved by risk reduction strategies, no consensus exists that the reversal of endothelial dysfunction is associated with a reduction in cardiovascular events (Taddei et al., 2002).

Interestingly, known determinants of endothelial dysfunction, such as inflammatory response, insulin resistance (using HOMA-IR as a surrogate marker), and diagnosis of metabolic syndrome, did not correlate with FBF response to vasodilators in our study. Moreover, several risk factors for atherosclerosis were excluded as independent predictors after confounder-adjusted analysis. Our results indicated that obesity per se could be sufficient to promote impairment of endothelial function and vascular wall reactivity. The selection of young subjects and exclusion of those with diabetes mellitus, smoking habit, regular use of medications, and clinical manifestations of atherosclerosis, imposing age and disease restrictions to our study design may have helped in dealing with confounding variables, clarifying the role of obesity.

Finally, we have chosen to measure FBF with venous occlusion plethysmography method given its minimally invasive characteristic and our previous experience with this methodology (de Aguiar et al., 2006). Furthermore, systemic administration of vasoactive drugs may lead to central effects, hormonal responses, changes in sympathetic output, and alterations in blood pressure that make changes in forearm blood flow difficult to interpret (Benjamin et al., 1995). Thus, another advantage of our in vivo study model is the possibility to elevate flow locally by intra-arterial infusions of sub-systemic doses of vasodilators (often 100–1000 times lower than a systemically effective dose), obviating any confounding systemic effects on drug response. Drugs are infused through a fine needle placed in the brachial artery allowing the study of the direct vascular effects, without affecting systemic parameters. There is extensive worldwide experience with this technique and it is considered quite safe (Benjamin et al., 1995).

In conclusion, the present study demonstrated that obesity class I is the first grade of obesity in which endothelial dysfunction can be detected, that BMI is an independent variable relating to FBF response to intra-arterial infusions of vasodilators, existing an increasing impairment of such response when BMI increases, and that the worsening of vascular response to vasodilators is limited to an impaired endothelium-dependent response in initial stages of obesity.

Our study has some limitations. First, fitting BMI as a predictor in our linear model resulted in low R-squared coefficients, allowing us to hypothesize that other non-measured/studied predictors are present. Those predictors could help to explain part of the variations in vascular reactivity to intra-arterial infusions of vasodilators fitting better linear models. Second, the observational design of our study does not allow further inferences about the reversal of endothelial dysfunction with implementation of preventive measures. Third, although our inclusion/exclusion criteria may have helped in dealing with confounding, it may have decreased the external validity of our findings. Finally, we cannot exclude that the relatively small and unbalanced number of subjects per group may have biased our findings. Further studies are needed to elucidate these issues.

Copyright © 2015 Kraemer-Aguiar, de Miranda, Bottino, Lima, de Souza, Balarini, Villela and Bouskela. This is an open-access article distributed under the terms of the Creative Commons Attribution License (CC BY). The use, distribution or reproduction in other forums is permitted, provided the original author(s) or licensor are credited and that the original publication in this journal is cited, in accordance with accepted academic practice. No use, distribution or reproduction is permitted which does not comply with these terms.