Myer et al. (2011b) defined neuromuscular training (NT) as a training program that incorporates general (e.g., fundamental movements) and specific (e.g., sport-specific movements) strength and conditioning activities, such as resistance, dynamic stability, balance, core strength, plyometric, and agility exercises with the goal to enhance health- and skill-related physical fitness components and to prevent injuries. According to this definition, agility, balance, plyometric, power, stability, and strength training are subsets of NT. 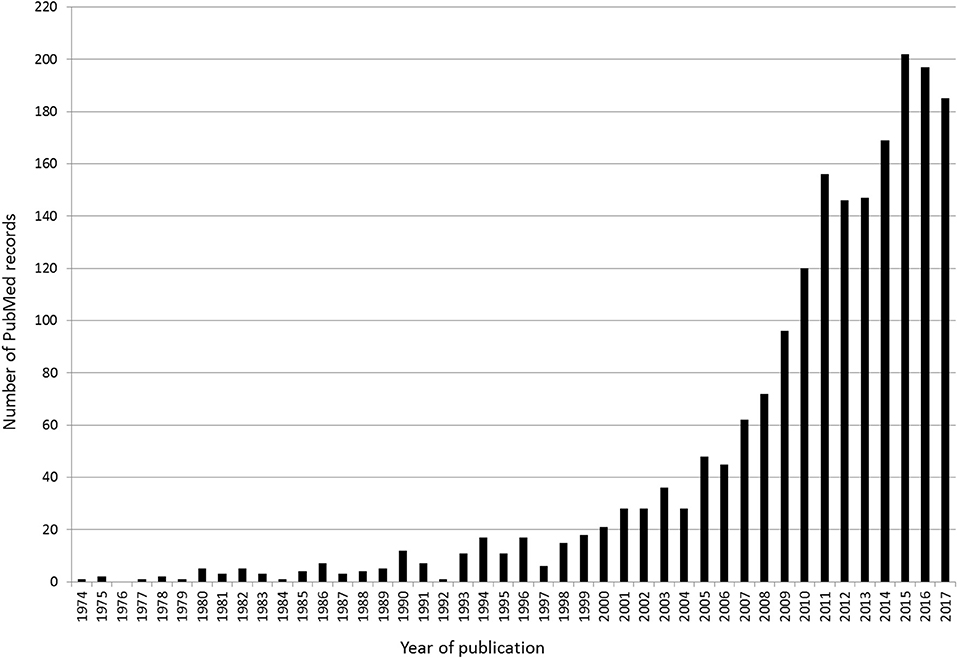 In 2007, the German Federal Institute of Sport Science (BISp) recognized the discrepancy between these practically relevant but not always scientifically substantiated recommendations (Horn et al., 2012) and launched a new research program with funding opportunities on strength training in young athletes. Consequently, several researchers across Germany intensified their efforts and furthered our knowledge in the field (Behringer et al., 2010, 2011, 2013). As part of the BISp research program, the so-called KINGS-study was established in 2014 which is a 4-year interdisciplinary and multi-centered research project that aims at examining performance-enhancing and health-promoting effects of strength training in young athletes according to sex, maturational status, and sport discipline (https://www.uni-potsdam.de/kraftprojekt/english.php).

Of note, KINGS is an acronym and it stands for the German phrase “KRAFTTRAINING IM NACHWUCHSLEISTUNGSSPORT” (engl. Strength Training in Young Athletes). A first achievement of this research consortium was the development and subsequent validation of a conceptual model on the implementation of strength training during the different stages of long-term athlete development (LTAD) (Granacher et al., 2016). Many researchers from the KINGS research consortium acted as authors and editors of this Frontiers Research Topic. We purposely selected the title NT and not just strength training to broaden the scope of the articles that are eligible to be included in this Research Topic. Accordingly, the aims of our Research Topic entitled “Neuromuscular Training and Adaptations in Youth Athletes” were to provide in-depth knowledge in the form of original work, review articles, and meta-analyses on the effects of NT on muscular fitness, athletic performance, and injury prevention in young athletes during the different stages of LTAD.

Overall, 22 articles from 110 authors from Australia, Europe, North and South America were published in this Research Topic. Table 1 outlines a summary of the included articles according to article type, contents, and authors. 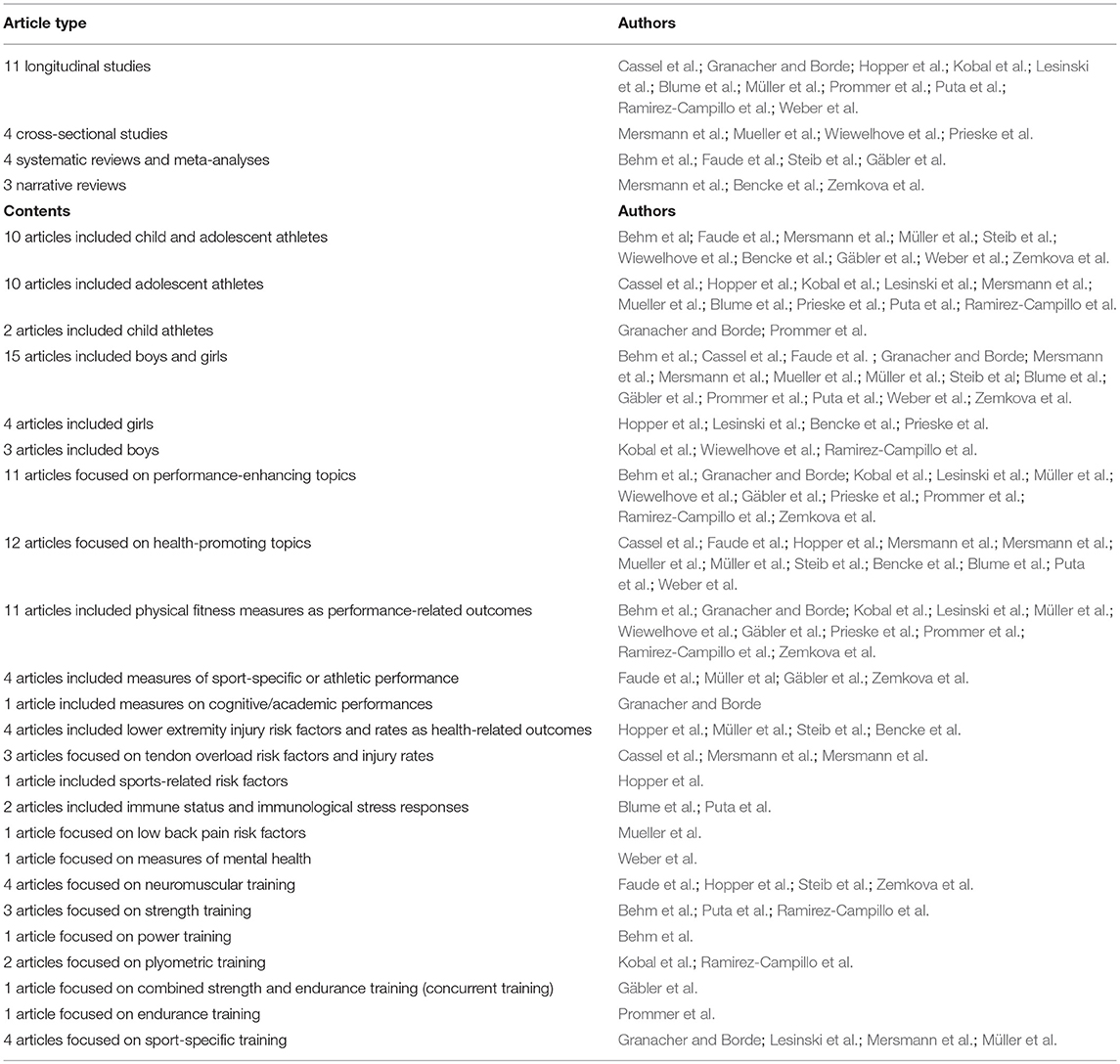 Table 1. This table contains a summary of the 22 articles published in this research topic entitled “Neuromuscular Training and Adaptations in Youth Athletes” according to article type, contents, and authors.

With regards to number of total views (August, 2018), the top 3 papers of this Research Topic were Behm et al., Steib et al., and Granacher and Borde.

Using a systematic review and meta-analysis, Steib et al. studied the dose-response relationship of NT for injury prevention in youth young athletes. The authors identified 16 trials that examined the effects of NT on lower extremity injuries, including any form of muscular, ligamentous or bony injuries (traumatic or overuse). The authors reported an overall risk reduction of 42% with NT. Training frequencies of 2–3 sessions per week revealed the largest risk reduction, and a weekly training duration of more than 30 min tended to be more effective compared to lower training duration. Finally, interventions lasting more than 6 months were not superior compared with shorter programs.

In an original research article, Granacher and Borde examined the effects of a 1-year sport-specific training and/or physical education on physical fitness, body composition, cognitive and academic performances in young athletes and their non-athletic peers. For this purpose, 45 prepubertal fourth graders from an elite sport class or age-matched peers from a regular class. Young athletes participated in sports that afforded an early start into LTAD (e.g., swimming, gymnastics). Over the 1-year intervention period, the authors observed an average weekly training volume of 620 min for the athletes and 155 min for their non-athletic peers. Sport-specific training did not have a negative impact on growth rates. Better performances were found in physical fitness and physical education grades in favor of the participants from the elite sports class. Similar performances were observed after the intervention for measures of cognition and academics. The authors concluded that sport-specific training in combination with physical education promotes young athletes' physical fitness development during LTAD and does not impede their cognitive and academic performances (Granacher and Borde).

In addition to the above mentioned most frequently viewed papers, another 3 articles from this Frontiers Research topic had a similar scope and focused on muscle and tendon adaptations in young athletes. Mersmann et al. provided a narrative review of current evidence and concepts on the prevention of tendinopathies in young athletes. According to these authors, adolescent athletes are particularly vulnerable to imbalanced development of muscle strength and tendon mechanical properties. This was confirmed in another cross-sectional study of the same research group (Mersmann et al.) in which they provided evidence of imbalanced musculotendinous adaptations in adolescent volleyball athletes compared with age-matched non-athletic peers. These imbalances appear to be a precursor of tendinopathies. There is evidence that these non-uniform musculotendinous adaptations are related to high prevalence rates of tendon overload injuries during maturation (Simpson et al., 2016). Increased levels of circulating sex steroid hormones with growth and maturation could be a critical factor that even augment imbalanced development of muscle strength and tendon mechanical properties (Murray and Clayton, 2013). For instance Cassel et al. showed greater thickness in Achilles and Patellar tendons in adolescent boys compared with girls. Besides growth and sex-related circulating hormones, mechanical loading represents another critical factor that influences the development of muscle and tendon adaptations. In fact, muscle and tendon differ with regards to the time course of adaptation to mechanical loading as well as the responsiveness to certain types of mechanical stimulation. Therefore, it seems that there are tissue-specific (muscle vs. tendon) dose-response relationships that either promote or prevent non-uniform musculotendinous development. For instance plyometric training is characterized by short and intensive bouts of eccentric followed by concentric muscle actions. This stimulus primarily induces neuromuscular but not tendinous adaptations. Consequently, the application of high plyometric training volumes during adolescence may promote the development of musculotendinous imbalances by increasing the risk of sustaining tendon injuries. In their narrative review article, Mersmann et al. provided an evidence-based concept for a specific loading program with the goal to prevent tendon injuries through increased tendon stiffness. This program includes five sets of four repetitions with an intensity of 85–90% of the maximal isometric voluntary contraction and a 3 s movement/contraction duration that provides high magnitude tendon strain (Mersmann et al.).

A rather new and therefore neglected topic in the field of LTAD is how factors like training volume and intensity, performance fatigability, stress and pressure due to school (grades) and competition (success) affect young athletes' mental health. Therefore, Weber et al. studied symptoms of anxiety and depression in young athletes according to age and sex. Overall, 326 young athletes from different sports were enrolled and classified into the age groups late childhood (12–14 years) and late adolescence (15–18 years). Anxiety and depression scores were assessed using the Hospital Anxiety and Depression Scale (HAD Scale). Overall, 7.1% (subclinical scale) and 3.1% (clinical scale) of the young athletes were classified as possible and probable cases suffering from anxiety. In addition, 9.5% (subclinical scale) and 3.7% (clinical scale) of the examined athletes were classified as possible and probable cases for depression. Late childhood athletes showed a slightly lower mean anxiety score compared with late adolescent athletes. No significant age effects were observed for the depression score. Moreover, no sex-related effects were found for anxiety and depression, although female adolescent athletes scored slightly higher in both HAD subscales. The authors concluded that sports medical and sports psychiatric interventional approaches are needed to prevent anxiety and depression in young athletes by teaching coping strategies (Weber et al.).

The 22 articles in this Research Topic furthered our knowledge in the field of NT and adaptations in young athletes. However, there are still voids in the literature. For instance, while Gäbler et al. examined the general effectiveness of concurrent strength and endurance training on physical fitness and athletic performance in youth in the form of a systematic review and meta-analysis, more original research is needed in regards of sequencing effects of strength and endurance training in young athletes. Further, most studies conducted in young athletes focussed on performance-related outcomes following a specific intervention program. The underlying neuromuscular, musculotendinous, and skeletal adaptations are largely unresolved. However, information on physiological mechanisms are crucial to understand maturation and sex-specific dose-response relations. Finally, an important issue not only in elite but also in young athletes is return-to-play (Canty and Nilan, 2015). What are adequate test batteries that can be applied in the laboratory but also in the field during the different stages of rehabilitation to provide information on young athletes' state of recovery? This information is needed to individualize rehabilitation programs and to determine readiness for return-to-play.

This study is part of the research project Strength Training in Youth Athletes (http://www.uni-potsdam.de/kraftprojekt/english.php) that was funded by the German Federal Institute of Sport Science (ZMVI1-081901 14-18).

The authors would like to thank Dr. Andrea Horn for her support during the course of the KINGS research project.

Copyright © 2018 Granacher, Puta, Gabriel, Behm and Arampatzis. This is an open-access article distributed under the terms of the Creative Commons Attribution License (CC BY). The use, distribution or reproduction in other forums is permitted, provided the original author(s) and the copyright owner(s) are credited and that the original publication in this journal is cited, in accordance with accepted academic practice. No use, distribution or reproduction is permitted which does not comply with these terms.