Corrigendum: Hypoxic Induced Decrease in Oxygen Consumption in Cuttlefish (Sepia officinalis) Is Associated with Minor Increases in Mantle Octopine but No Changes in Markers of Protein Turnover

In the original article, there was a mistake in Figure 2B as published. The right Y-axis of Figure 2B, concerning the amount of glycogen, was incorrectly printed resulting in glycogen levels 10-fold too low. The axis should read “0–8” and not “0–1.” The corrected Figure 2 appears below. 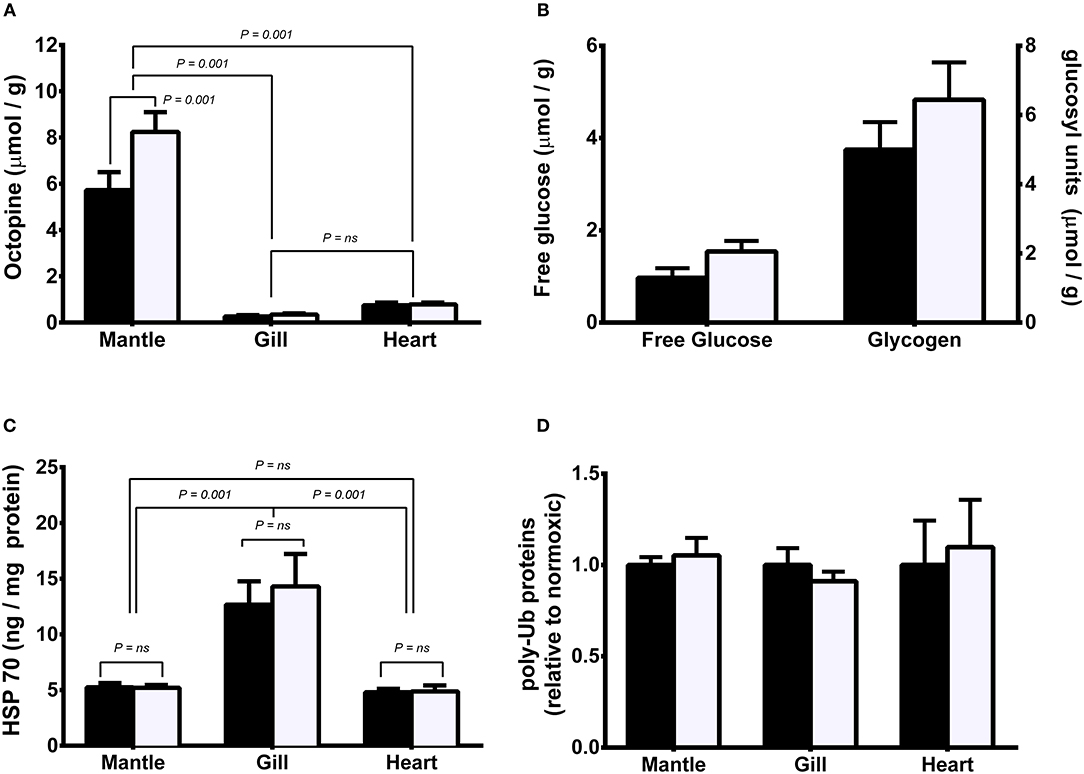 Copyright © 2019 Capaz, Tunnah, MacCormack, Lamarre, Sykes and Driedzic. This is an open-access article distributed under the terms of the Creative Commons Attribution License (CC BY). The use, distribution or reproduction in other forums is permitted, provided the original author(s) and the copyright owner(s) are credited and that the original publication in this journal is cited, in accordance with accepted academic practice. No use, distribution or reproduction is permitted which does not comply with these terms.

The Digestive Tract of Cephalopods: at the Interface Between Physiology and Ecology