Hypertension is among the first traits studied using genome-wide association study (GWAS). At first, GWAS by the Well-come Trust Case Control Consortium in 2007 did not identify any genome-wide significant single nucleotide polymorphism (SNP) (The Wellcome Trust Case Control Consortium, 2007), however, it was still asserted that GWAS would open the door to find the “missing heritability” of hypertension. In the following years, GWASs of hypertension were still unsuccessful in identifying robust loci until 2009. After shifting attention to the underlying quantitative traits (systolic blood pressure and diastolic blood pressure) and application of GWA meta-analyses of multiple cohorts to enlarge the sample size, the Global Blood Pressure Genetics (Global BPgen) Consortium and the Cohorts for Heart and Aging Research in Genome Epidemiology (CHARGE) Consortium identified 13 genome-wide significant signals (Levy et al., 2009; Newton-Cheh et al., 2009), although these SNPs had very small effect sizes and accounted for <0.2% of the overall blood pressure variation in the study populations.

Will GWAS Unlock the Genetic Basis of Hypertension?

There was a heated debate in HYPERTENSION on December 2010. Dominiczak and Munroe described the successes of aforementioned two studies, and predicted a bright future for GWAS in hypertension (Dominiczak and Munroe, 2010). On the contrary, Kurtz contended that GWAS had failed, and would continue to fail, to delineate the genetic basis of hypertension. He suggested that efforts and dollars should be shifted to other strategies and technologies that may hold greater chance for advancing our understanding of the genetic etiology of hypertension (Kurtz, 2010). Despite different opinions, both pro and con sides shared some common ground: low-frequency/rare variants are important, and the sample size should be further enlarged. 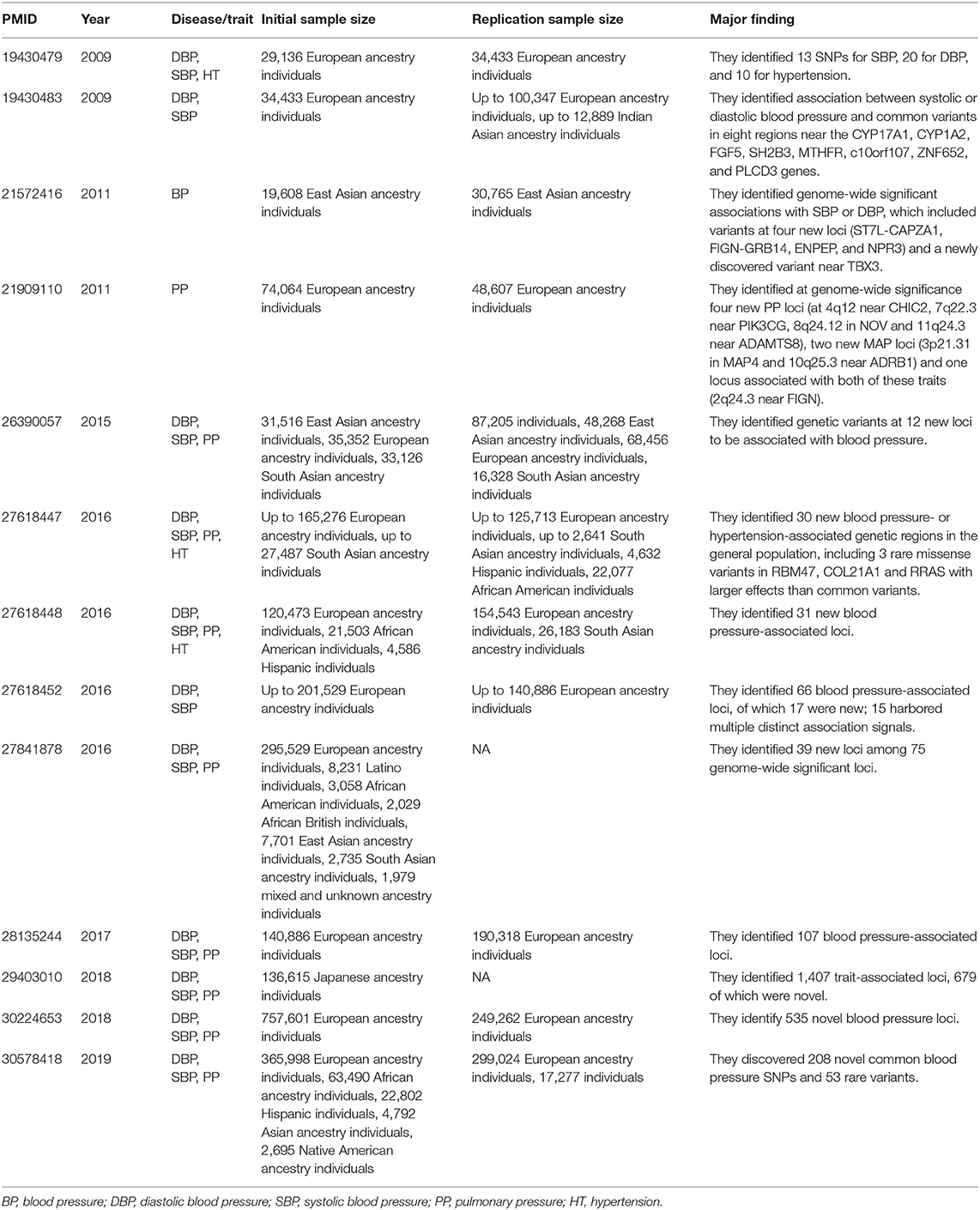 Table 1. GWASs for hypertension or blood pressure published in NATURE GENETICS since 2007.

Thirteen years GWAS for hypertension, from the beginning “failure” to the recent “success,” can we say GWASs have deciphered the genetic architecture of hypertension? The answer is obviously NO. This is because of the fact that environmental factors and gene-environment interactions are likely major contributors to the development of hypertension, however, they were largely ignored in present GWASs (Cooper, 2018).

As widely accepted, hypertension is a consequence of significant interaction between genetic and environmental factors. Here, the meaning of “environment” is extensive, including intrauterine, postnatal and evolutionary environments. It has long been known that intrauterine environmental factors (e.g., maternal nutritional perturbation, toxin exposure, and stress during pregnancy) may result in hypertension in adult life. Recent epidemiological and experimental studies further indicated that paternal environmental factors, before conception and during sperm development, were also linked to the development of hypertension in later life (Li et al., 2016). On the other hand, classic epidemiological studies have addressed many postnatal environmental risk factors for hypertension, including living environments (cold temperature, air pollution, and toxins), life styles (lack of physical activity, psychological stress, smoking, alcohol abuse, drug use, improper nutrition, excessive salt intake, and obesity), and other demographic differences in age, gender, race, socioeconomic status, etc. From an evolutionary perspective, hypertension can be viewed as a maladaptation disease caused by the discrepancy between today's lifestyles and ancient adaptive genotypes. Physiologically, many risk factors for hypertension, such as enhanced salt and water avidity and vascular contractility, were adaptive traits associated with salt scarcity in the hot and humid climate of the ancestral African environment. As humans migrated out of Africa to cooler environments, the originally selected genes became maladaptive for new environments and turned into risk factors for hypertension (Young et al., 2005; Ji et al., 2016).

Due to the complexity of essential hypertension, previous GWAS didn't find many robust variants. If more related factors are considered, and method like phenomics is used, future studies may help us to deeply understand this complex disease. As emphasized by Jeremy Berg, editor-in-chief of SCIENCE, genes alone do not determine our futures—environmental factors and chance also play important roles (Berg, 2016). Indeed, 13 years GWASs for hypertension really made a big step forward, however, if we leave behind another important factor, the environment, can also impede our progress. Incredibly, the environmental effects were ignored in almost all published GWASs of blood pressure traits or hypertension. Some studies were conducted in well-established cohorts like Global BPGen and CHARGE, and many environmental data should be available. Although analyzing the gene-environment interaction is still a great challenge, GWASs without consideration of environmental effects will definitely not go to address the key question regarding the genetic architecture of hypertension.

L-dJ and JX conceived the opinion. L-dJ, NT, Z-fX, and JX wrote the manuscript. All authors contributed to the article and approved the submitted version.

This work was supported by the National Natural Science Foundation of China (81402747), Funding of Science and Technology on Medicine and Health in Zhejiang Province (2019KY650), as well as the K.C. Wong Magna Fund in Ningbo University.

Copyright © 2020 Ji, Tang, Xu and Xu. This is an open-access article distributed under the terms of the Creative Commons Attribution License (CC BY). The use, distribution or reproduction in other forums is permitted, provided the original author(s) and the copyright owner(s) are credited and that the original publication in this journal is cited, in accordance with accepted academic practice. No use, distribution or reproduction is permitted which does not comply with these terms.