Alignment is a common and important approach in biology study. In the research of bioinformatics (Wang et al., 2015), biological sequence alignment is one of the important processes of similarity analysis between unknown and known molecular sequences, the basis of biological sequence analysis and database search, and used in the sequence assembly. It is the key link to apply high-performance computing to biology.

Sequence alignment is a technique for identifying regions of sequence similarity by arranging genome sequences to obtain the function, structure, or evolutionary relationship between the sequences to be aligned. With the implementation of the Human Genome Project, the development of sequencing technology has produced a large amount of raw sequence data about biological molecules. For example, Illumina HiSeqX Ten can generate approximately 3 billion 2 × 150 bp paired-end sequencing data within 3 days (Illumina, 2016). Challenged with such a wealth of genome sequence data, to efficiently process and analyze these data, to compare similar regions and conserved sites between the two sequences, to seek sequence homology structures, and to reveal biological heredity, variation, and evolution, etc., have become the main motivations for the research of sequence alignment algorithms.

Based on the previous work, this article adopts the formal method PAR (Xue, 1997, 2016; Shi and Xue, 2009, 2012; Xue et al., 2018) to describe, construct, transform, and refine the components, models, and frameworks related to the multisequence alignment algorithm and expand PAR platform to support the generation of effective multiple sequence alignment algorithm via component assembly. The multilevel different models in the algorithm development process are unified under the PAR framework to effectively ensure the reliability of the resulting algorithm and improve the efficiency of algorithm development.

Algorithm Generation Under the Par Framework

On the basis of the component library in the DPPSAA domain, this article has carried out the research on the algorithm design and program generation of multiple sequence alignment algorithms under the PAR framework.

The PAR framework includes two parts: software formal method and convenient software development platform. The PAR method is composed of a generic algorithm design language Radl, a generic abstract programming language Apla, systematic methodology for algorithms and programming. It combines two high-efficiency techniques, i.e., partition and recursion used in special problems, covering a variety of known algorithm design techniques such as dynamic programming, greedy, divide and conquer, and so on. It can be used as a unified method of algorithm generation to avoid the difficulty of making choices among the existing algorithm design methods. The PAR platform is composed of Apla to C++/C#/Java/Python program generation systems and realizes the automatic generation of algorithmic programs such as sequential programs, parallel/concurrent programs, and database applications.

Practice has proven that the productivity of complex algorithm program and database application software can be greatly improved by using the language, method, series algorithm, and program automatic generation tool provided by PAR. Many military departments, such as the National General Equipment Department, Beijing Military Region, and armored academy, have taken the lead in applying these achievements to the construction of China’s important military projects and have achieved remarkable military and economic benefits. The PAR framework has been appraised by the expert group of the Ministry of Science and Technology of China as “having the international advanced level, among which the theoretical framework of the correctness of the complex algorithm program has the international leading level.”

In Shi and Zhou (2019), we analyzed the characteristics of DPPSAA, extracted the common and variable features and the constraints and dependencies between them, established the DPPSAA domain model and its algorithm component interaction model, and further implemented the models using the abstract programming language Apla to form a highly abstract DPPSAA component library, in order to automatically or semiautomatically assemble components to generate sequence alignment algorithms for specific fields, thereby reducing the error rate and time cost of manual selection algorithms for sequence similarity analysis, improving the efficiency of algorithm execution, and even assembling a more efficient new sequence alignment algorithm based on dynamic programming.

The experimental results show that the DPPSAA algorithm component library has a certain degree of practicability and has good expected results. It can be seen from the domain realization process that the domain feature model is a formal description at a higher level of abstraction, which not only makes the specific composition characteristics and dependencies of the algorithm clearly displayed, but also is very helpful for understanding the overall architecture of the algorithm. Moreover, the establishment of the feature interaction model makes it easier to specify the specific configuration knowledge required by the algorithm in the domain implementation process and then automatically assemble the components in the DPPSAA algorithm component library to design the desired algorithm, without paying too much attention to the details of algorithm implementation.

Based on a large amount of practical work carried out in the early stage, combined with related methodologies such as PAR and domain engineering, the development of multisequence alignment algorithms can be divided into two parts: reuse-oriented development and application reuse development.

For reuse-oriented development, it can be divided into the following steps:

1. Analyze the algorithm family in the field of multiple sequence alignment, and establish the domain model.

The process of designing a specific problem-solving algorithm and generating a program is a development process of application reuse:

1. Analyze and (formally) characterize the specific problem to be solved.

3. The Apla abstract language is used to describe the assembly process, and the executable program corresponding to the specific algorithm is automatically generated through the PAR platform.

The star alignment algorithm adds the alignment scores of each sequence to other sequences and selects the sequence with the largest score as the central sequence. Therefore, in this case, s1 is selected as the center sequence, and the best alignment result and the final merge result with S2 and S3 are shown in Figure 1.

msa_check is an extension based on the check component in the DPPSAA field that can be used to detect multiple sequences. The Apla process statement is:

where str[ ] represents the base string array for multiple sequence alignment.

dist_Matrix means that all pairwise alignment scores participating in multisequence alignments are returned as distance matrix elements, and the component uses pairwise sequence alignment operations as its generic parameters. The prototype of the Apla function is as follows:

The array dist represents the array returned by the distance matrix, and the component returns the index value of the center sequence.

In the star alignment algorithm, the algorithm follows the rule of “leave blank once, leave blank everywhere” when adding subsequent sequences to the alignment process. Therefore, the role of the rmb_space component is to remember the space inserted during each sequence alignment. The function prototype is as follows:

This component inserts the space index value obtained in (4) into the sequence to output the final multisequence alignment result. This component can be implemented with the following Apla process:

Using the Apla-C++ conversion system, the aforementioned component library is converted into the corresponding C++ component through the combination of automatic conversion and manual conversion, which can be used to generate the star alignment algorithm program and conduct test analysis to obtain experimental results. This section shows only the three main components: dist_Matrix component, msa_center component, and rmb_space component.

The C++ program obtained by transforming the dis_matrix component is as follows:

rmb_space component is also converted to the class rmb_space in C++, where the attribute Msa_space_loc represents the gap position inserted when the center sequence is aligned with other sequences, and the attribute msa_ret_str means the sequence alignment result after inserting gaps in all sequences according to the “leave blank once, leave blank this time” rule. The C++ representation is as follows:

int** Msa_space_loc;//the position of the space when each sequence is aligned with the center sequence

We downloaded four Escherichia coli DNA data with a length of approximately 200 characters from NCBI’s Genbank gene database website for experimental testing. The basic configuration of the machine is 3.40 GHz, Intel Core i7 processor, 8 GB RAM, and Windows 7 operating system. The result of the experiment is shown in Figure 2. The comparison takes 11.318 s. 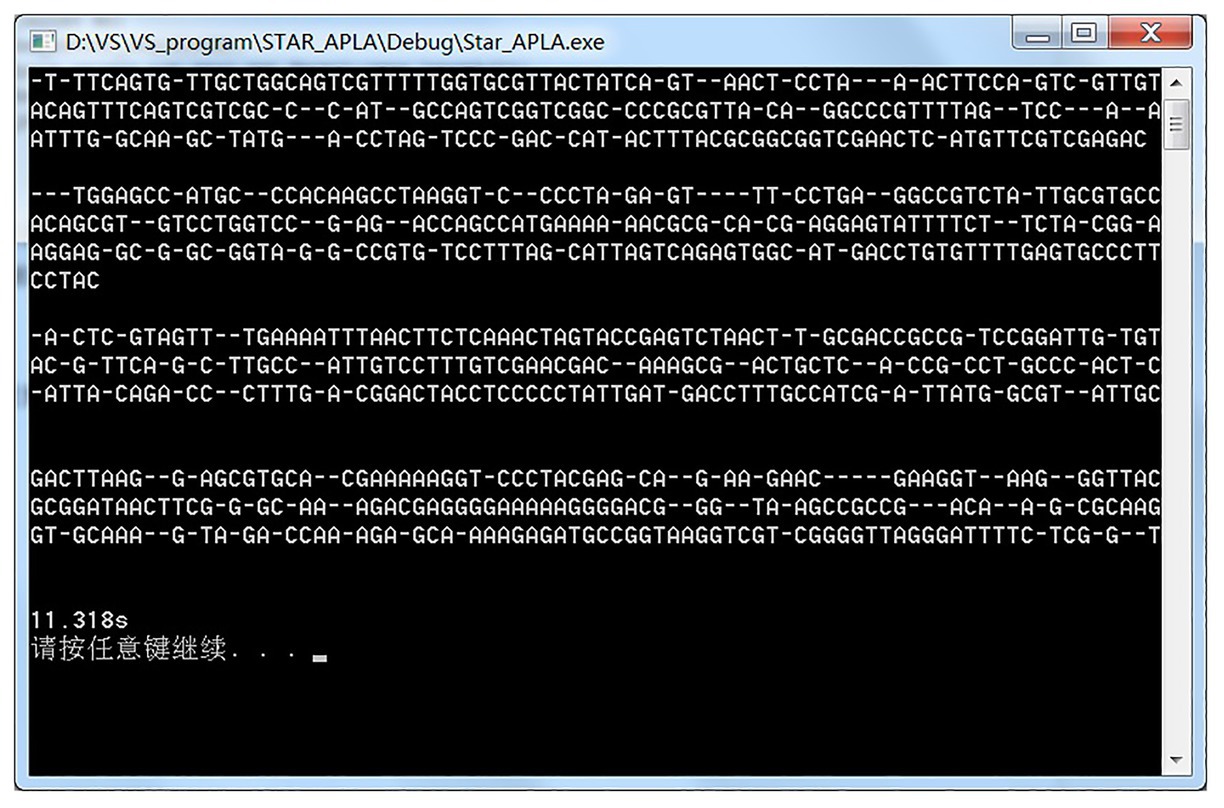 Figure 2. Snapshot of the alignment result.

HpS did the codes work and the experiments. HhS instructed the whole research work and revised the paper. SX proofread the full text. All authors read and approved the final manuscript and are agree to be accountable for all aspects of the work.

We thank the reviewers of CBC2020 for their helpful comments and recommendation for publication in the Journal of Frontiers in Genetics.

Copyright © 2021 Shi, Shi and Xu. This is an open-access article distributed under the terms of the Creative Commons Attribution License (CC BY). The use, distribution or reproduction in other forums is permitted, provided the original author(s) and the copyright owner(s) are credited and that the original publication in this journal is cited, in accordance with accepted academic practice. No use, distribution or reproduction is permitted which does not comply with these terms.