In the original article, there was a mistake in “Figure 2C” as published. In the figure legend, the incorrect number was used to indicate the second-best route and should have been “5.22 €M” instead of “5.97 €M”. The corrected Figure 2C appears below. 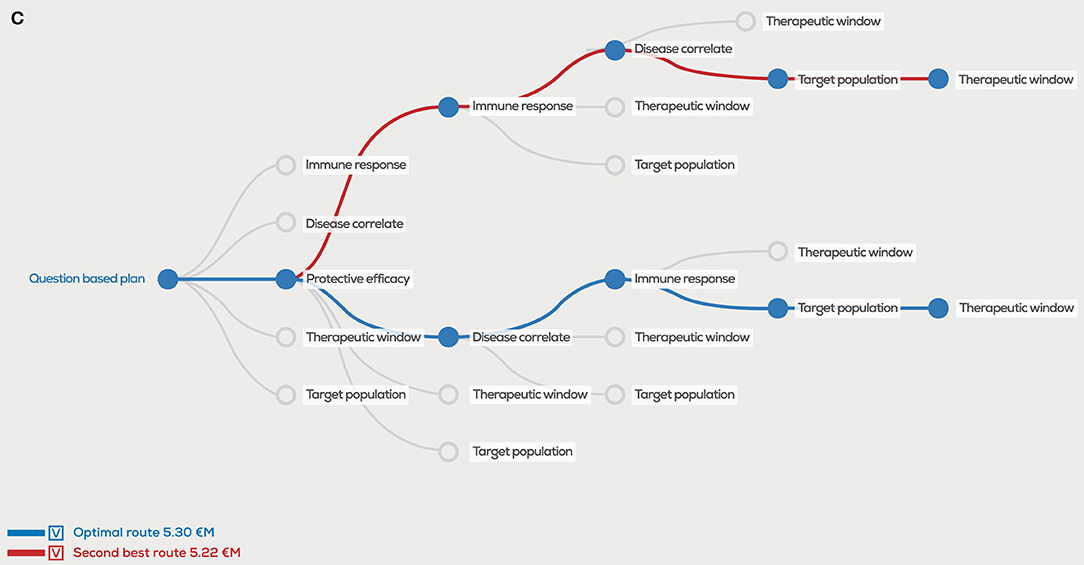 Copyright © 2019 Roestenberg, Kamerling and de Visser. This is an open-access article distributed under the terms of the Creative Commons Attribution License (CC BY). The use, distribution or reproduction in other forums is permitted, provided the original author(s) and the copyright owner(s) are credited and that the original publication in this journal is cited, in accordance with accepted academic practice. No use, distribution or reproduction is permitted which does not comply with these terms.

The Silent Cry: How to Turn Translational Medicine Towards Patients and Unmet Medical Needs