Background: Some studies have proven that a conventional visual brain computer interface (BCI) based on overt attention cannot be used effectively when eye movement control is not possible. To solve this problem, a novel visual-based BCI system based on covert attention and feature attention has been proposed and was called the gaze-independent BCI. Color and shape difference between stimuli and backgrounds have generally been used in examples of gaze-independent BCIs. Recently, a new paradigm based on facial expression changes has been presented, and obtained high performance. However, some facial expressions were so similar that users couldn't tell them apart, especially when they were presented at the same position in a rapid serial visual presentation (RSVP) paradigm. Consequently, the performance of the BCI is reduced.

New Method: In this paper, we combined facial expressions and colors to optimize the stimuli presentation in the gaze-independent BCI. This optimized paradigm was called the colored dummy face pattern. It is suggested that different colors and facial expressions could help users to locate the target and evoke larger event-related potentials (ERPs). In order to evaluate the performance of this new paradigm, two other paradigms were presented, called the gray dummy face pattern and the colored ball pattern.

Comparison with Existing Method(s): The key point that determined the value of the colored dummy faces stimuli in BCI systems was whether the dummy face stimuli could obtain higher performance than gray faces or colored balls stimuli. Ten healthy participants (seven male, aged 21–26 years, mean 24.5 ± 1.25) participated in our experiment. Online and offline results of four different paradigms were obtained and comparatively analyzed.

Conclusions: The stimuli used in the colored dummy face paradigm combined color and facial expressions. This had a significant advantage in terms of the evoked P300 and N400 amplitudes and resulted in high classification accuracies and information transfer rates. It was compared with colored ball and gray dummy face stimuli.

Ten healthy individuals (seven male, aged 21–26 years, mean 24.5 ± 1.25) participated in this study, and were marked as S1, S2, S3, S4, S5, S6, S7, S8, S9, and S10. The 10 participants signed a written consent form prior to this experiment and were paid for their participation. The local ethics committee approved the consent form and experimental procedure before any individuals participated. The native language of all the participants was Mandarin Chinese.

After being prepared for EEG recording, the participants were seated in a comfortable chair 70 ± 3 cm in front of a standard 24 inch LED monitor (60 Hz refresh rate, 1920 × 1080 screen resolution) in a shielded room. The stimuli were presented in the middle of the computer screen. During data acquisition, participants were asked to relax and avoid unnecessary movement. There were three experimental paradigms, the colored ball paradigm (Pattern I), the gray dummy face paradigm (Pattern II), and the color dummy face paradigm (Pattern III). Every dummy face paradigm included six different cartoon face stimuli, which were taken from the internet and modified with Photoshop 7.0. These face stimuli encode six facial expressions, which could be facially encoded laughter, sighing, happiness, anger, sadness, or disgust. These facial stimuli had the same size and lighting. The stimuli used in these three paradigms are shown in Figure 1. Every dummy face picture consisted of simple lines and arcs. 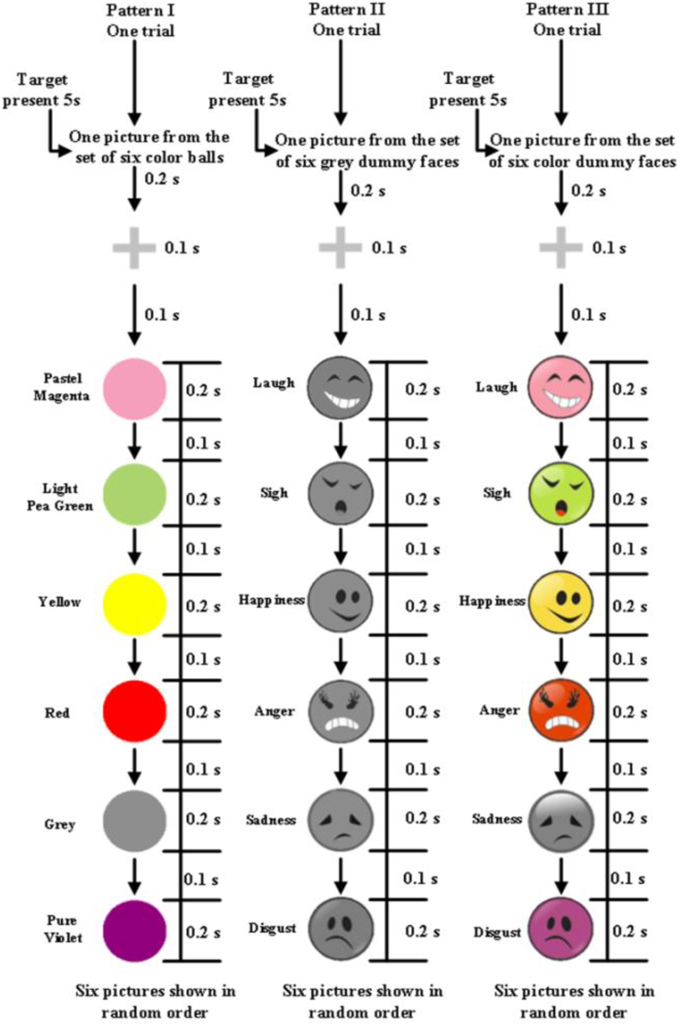 Every picture as a stimulus was shown in the middle of a computer screen (Figure 2). The serial number of each picture (including target and non-target) was shown at the top of the screen. Only three conditions differed between the stimuli images. Every condition contained six pictures (Figure 1). The flash stimulus on time was 200 ms, and the off time was 100 ms (Figure 1). After the stimuli off time there was nothing in the screen. The stimuli of three paradigms were illustrated in Figure 2.

EEG signals were recorded with a g.USBamp and a g.EEGcap (Guger Technologies, Graz, Austria) with a sensitivity of 100 μV, band pass filtered between 0.1 and 30Hz, and sampled at 256Hz. We recorded from 14 EEG electrode positions based on the extended International 10–20 system (Figure 3). These electrodes were Cz, Pz, Oz, Fz, F3, F4, C3, C4, P3, P4, P7, P8, O1, and O2. The right mastoid electrode was used as the reference and the front electrode (FPz) was used as the ground. Data were recorded and analyzed by using the ECUST BCI platform software package which was developed by East China University of Science and Technology (Jin et al., 2011).

In this paper, the term “flash” referred to each individual event. A single character flash pattern was used here. In each trial, each ball, or dummy face, was flashed once. In other words, each trial included six flashes. All patterns had 200 ms of flashes followed by a 100 ms delay, and each trial lasted 1.8 s with one target and five non-targets (see Figure 1). A trial block referred to a group of trials with the same target. During the offline experiment, there were 16 trials per trial block and each run consisted of five trial blocks, each of which involved a different target. Participants had a 2 min break after each offline run. During the online experiment participants attempted to identify 24 targets (see Figure 4). 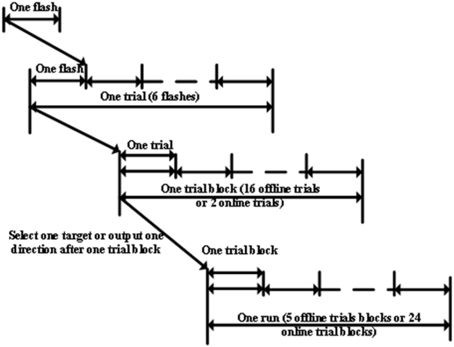 Figure 4. One run of the experiment for online and offline experiments.

Bayesian linear discriminant analysis (BLDA) is an extension of Fisher's linear discriminant analysis (FLDA) that avoids over fitting and possibly noisy datasets. The detail of the algorithm can be found in Hoffmann et al. (2008). By using a Bayesian analysis, the degree of regularization can be estimated automatically and quickly from the training data (Hoffmann et al., 2008). Data acquired from the offline experiment was used to train the classifier using the BLDA classifier to obtain the classifier model. This model is then used in the online system.

In this paper, we used a bit rate calculation method called raw bit rate (RBR), which was calculated via

where P denotes the classification accuracy and N denotes the number of target every trial. N was equal to six in our experiment. T denotes the completion time of the target selection task. Bit rate is an objective measure for measuring BCI performance and for comparing different BCIs (Wolpaw et al., 2002). RBR is calculated without selection time as defined in Wolpaw et al. (2002).

Practical bit rate (PBR) may be used to estimate the speed of the system in a real-world setting. PBR incorporates the fact that every error requires two additional selections to correct the error. Thus, selecting the wrong character is followed by a backspace and the selection of the correct character. The PRB is calculated as RBR * (1 – 2 * P1), where RBR is the raw bit rate and P is the online error rate of the system (Townsend et al., 2010). If P > 50%, PRB is zero. The PBR also incorporates the time between selections (4 s).

The mean latency and amplitude of ERPs from all 10 participants is shown in Table 1. Figure 5 shows the grand averaged amplitudes of target and non-target flashes across all participants over 12 electrode sites for the colored dummy face pattern, the gray dummy face pattern, and the colored ball pattern. Specifically, frontal and central channels contain an early negative ERP at around 250 ms (N200), followed by a high positive potential at around 350 ms (P300), and then a larger negative ERP at around 700 ms (N400). 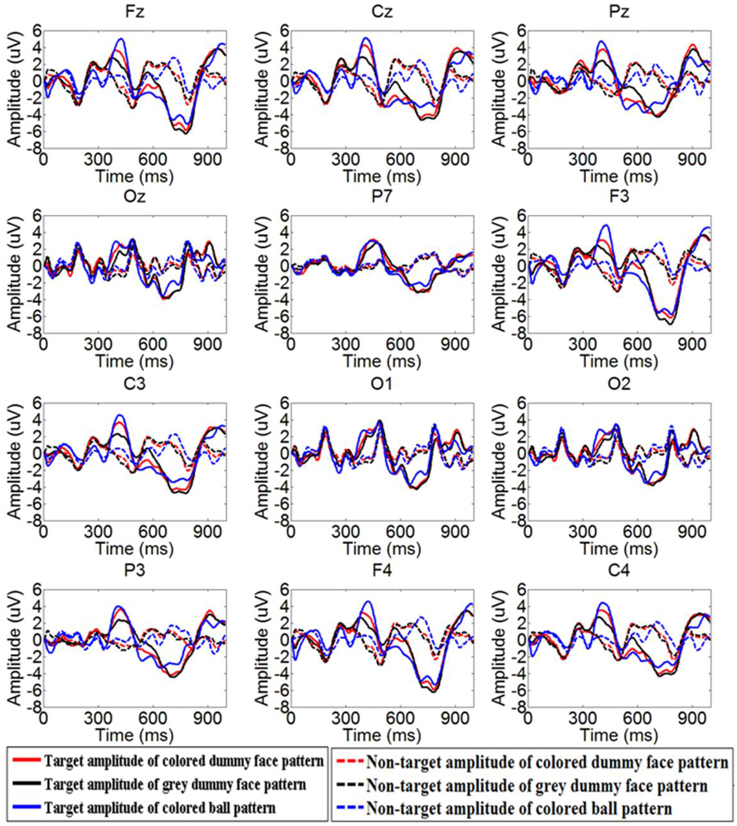 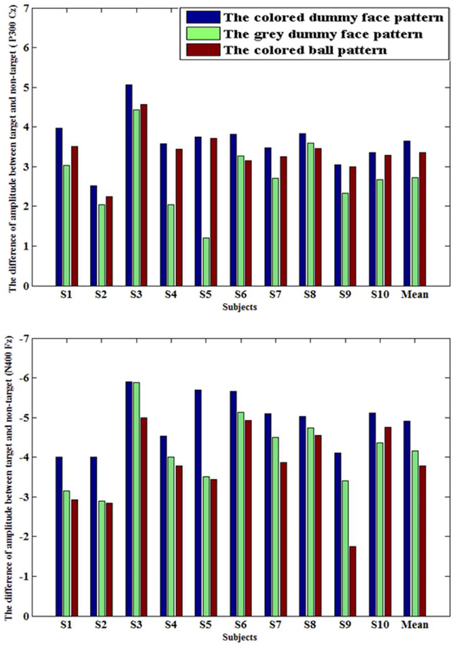 Figure 8 shows the offline classification accuracies of the three patterns when differing numbers of trials (1–16) were used to construct the averaged ERP. 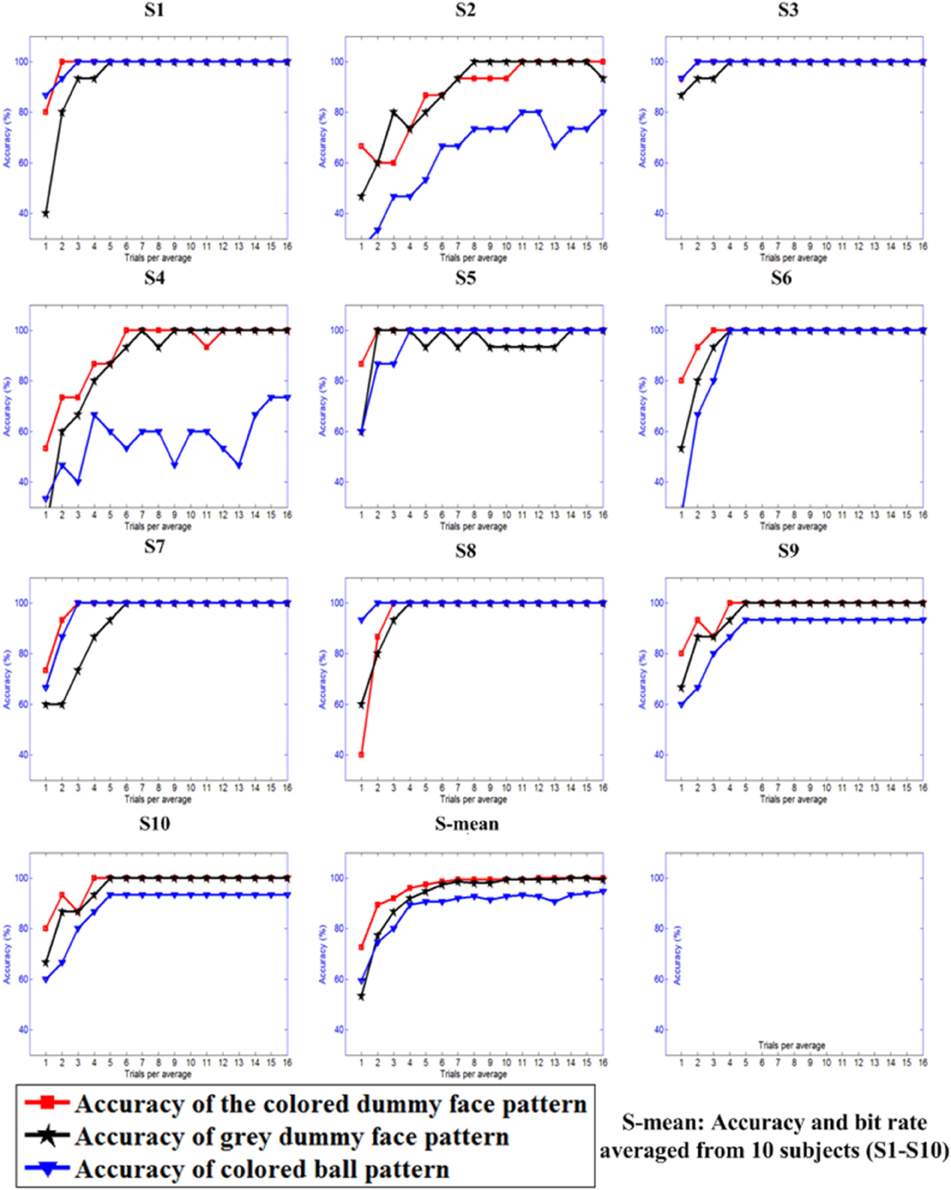 Figure 9 shows three boxplots, which illustrate the distribution of correct detection rates of each stimulus across all 10 participants for the three patterns. Correct detection rate of a stimulus shows the rate of correct classification for one stimulus. It indicates that the classification accuracy of the six stimuli in the colored dummy face pattern was the most stable when compared to the other two patterns.

The system is a kind of gaze-independent BCI, which is based on RSVP, which could be used by individuals who completely or partially lost their ability to control their eye gaze. Figure 9 shows that the stimuli used in the colored dummy face pattern is more stable for all participants compared to the other two patterns, which shows the advantage of the colored dummy face pattern for practical applications.

A colored dummy face paradigm for visual attention-based BCIs was presented. The stimuli used in this pattern combined colors and facial expressions, which lead to high classification accuracies during RSVP. It had a significant advantage in terms of the evoked P300 and N400 amplitudes. It was also able to obtain high classification accuracies and information transfer rates, compared with the color change paradigm and the facial expression paradigm. In the future we will further verify the performance of this paradigm with patients.

Copyright © 2016 Chen, Jin, Daly, Zhang, Wang and Cichocki. This is an open-access article distributed under the terms of the Creative Commons Attribution License (CC BY). The use, distribution or reproduction in other forums is permitted, provided the original author(s) or licensor are credited and that the original publication in this journal is cited, in accordance with accepted academic practice. No use, distribution or reproduction is permitted which does not comply with these terms.