There are different types of chemosensory sensilla distributed on insect legs. Gustatory sensilla such as contact sensilla chaetica on tarsi enable insects to perceive taste substances on host plant surfaces (Ave et al., 1978). Enormous amount of sensilla were observed on the antennae of Lygus lineolaris and Apolygus lucorum (Chinta et al., 1997; Lu et al., 2007). However, little is known about the sensilla types of legs of mirid bugs so far.

The A. lucorum, one of the dominant mirid bug species, has become a major pest in cotton fields along with the widespread cultivation of Bt transgenic cotton, resulting in substantial economic losses (Lu et al., 2010). Moreover, it is very difficult to control A. lucorum due to their polyphagous host-feeding and host transfer behaviors (Lu and Wu, 2008). In the present study, transcriptome sequencings of forelegs, middle legs and hind legs form adult A. lucorum were performed to identify the candidate chemosensory genes. The tissue- and sex-biased expression patterns of the putative chemosensory genes were assessed by conducting quantitative real-time PCR (qPCR). Moreover, the sensilla types on legs of adult male and female bugs were observed and characterized. Our finds provide valuable insights into understandings the roles of mirid bug legs in olfaction and gustation.

A total amount of 1 μg RNA per sample was used as input material for the library preparation. The sequencing libraries were generated using the TruSeq RNA Sample Preparation Kit (Illumina, San Diego, CA, United States). Briefly, mRNA was purified from total RNA using poly-T oligo-attached magnetic beads. Fragmentation was performed using divalent cations under elevated temperature in an Illumina proprietary fragmentation buffer. First strand cDNA was synthesized using random oligonucleotides and SuperScript II (Thermo Fisher, Waltham, MA, United States). Second strand cDNA synthesis was performed using DNA Polymerase I and RNase H. Then, the cDNA fragments were end repaired with the addition of a single ‘A’ base at the 3′-end of each strand, ligated with the special sequencing adapters subsequently. The products were purified and size selected in order to get appropriate size for sequencing. Finally, PCRs were performed and aimed products were purified.

De novo transcriptome assembly was performed using Trinity1. A K-mer library was constructed with the filtered reads, and the contigs were formed using Inchworm. Cuffdiff (v2.2.1) was used to calculate FPKMs for coding genes in each sample. Gene FPKMs were computed by summing the FPKMs of the transcripts in each gene group. FPKM stands for “fragments per kilobase of exon per million fragments mapped,” and it is calculated based on the length of the fragments and the reads count mapped to each fragment (Anders et al., 2015). To annotate the unigenes, blastx and blastn searches were performed against the database of Nt, Nr, SwissProt, and eggNOG (e-value < 10–5, bitscore > 60)2. The blast results were then imported into Blast2GO pipeline for Go annotations.

Deseq2 provides statistical routines for determining differential expression in digital transcript or gene expression datasets using a model based on a negative binomial distribution. Genes with corrected p-values less than 0.05 and the absolute value of log2 (fold change) < 1.0 were assigned as significantly differentially expressed (Love et al., 2014). Differentially expressed genes (DEGs) were identified by Benjamini and Hochberg FDR according to statistically significant differences with the threshold of false discovery rates (FDR) < 0.05 and Fold Change ≥ 2 (Leng et al., 2013; Nikolayeva and Robinson, 2014).

All the sequences of candidate chemosensory genes from transcriptome were further confirmed by gene cloning and sequencing. Gene-specific primers (Supplementary Table S1) amplifying the full length or partial sequences of target genes were designed using Primer Premier 5.0 (PREMIER Biosoft International, Palo Alto, CA, United States). PCR reactions were carried out in a volume of 50 μl with 200 ng cDNA template of each sample and 1 μl TransStartp® FastPfu DNA Polymerase (TransGen Biotech, Beijing, China). The PCR parameters were: 95°C for 1 min, followed by 40 cycles of 95°C for 20 s, 55°C for 20 s, 72°C for 1 min, and a final extension at 72°C for 5 min. PCR products were subsequently gel-purified and cloned into pEASY®-Blunt Cloning vector (TransGen Biotech, Beijing, China) and then sequenced with standard M13 primers.

Multiple alignments of the complete CSPs amino acid sequences were performed by ClustalX 2.0 and further edited by GeneDoc 2.7. The phylogenetic tree was constructed by MEGA 7.0 using the Neighbor-joining method with a p-distance model and a pairwise deletion of gaps. Bootstrap support was assessed by a bootstrap procedure based on 1000 replicates (Felsenstein, 1985; Saitou and Nei, 1987; Nei and Kumar, 2000; Kumar et al., 2016). The data sets of CSPs sequences which were chosen from other hemipteran species (Supplementary Table S2).

The relative expression levels of candidate chemosensory genes in forelegs, middle legs and hind legs of both sexes were examined by qPCR on an ABI Prism 7500 system (Applied Biosystems, Carlsbad, CA, United States). Reaction system contained a mixture of 10 μl 2 × SuperReal PreMix Plus (Tiangen Biotech, Beijing Co., Ltd.), 0.6 μl of each primer (10 μM), 200 ng sample cDNA, 0.4 μl 50 × ROX Reference Dye and proper volume of RNase-free water. PCR cycling parameters were as follows: 95°C for 15 min, followed by 40 cycles of 95°C for 10 s, cooled to 60°C for 32 s. Then, the PCR products were heated to 95°C for 15 s, cooled to 60°C for 1 min, heated to 95°C for 30 s and cooled to 60°C for 15 s to measure the dissociation curves. The GAPDH (GenBank accession No. JX987672) of A. lucorum stably expressed in different tissues (Supplementary Figure S1) was used as a reference gene for normalization (Ji et al., 2013). Primers (Supplementary Table S3) of the target and reference genes were designed using the Beacon Designer 7.9 (PREMIER Biosoft International, Palo Alto, CA, United States). A discrete amplification peak and a subsequent melting curve were evaluated to ensure the primer specificity. Each qPCR reaction for each sample was performed in three technical replicates and three biological replicates. Five serial tenfold dilutions of cDNA from each sample were amplified. For each dilution, amplifications were performed in triplicate using primers for the target gene and GAPDH. As a result, the absolute values of the slopes of all lines from template dilution plots (log cDNA dilution vs. ΔCT) were close to zero, indicating that the amplification efficiencies of the target and reference genes were approximately equal. Then, the comparative 2–Δ Δ CT method (Livak and Schmittgen, 2001) was used to calculate the relative expressions of different tissue samples. The comparative analyses of each target gene among various samples and sexes were determined using a two-way analysis of variance (ANOVA), followed by least significant difference (LSD) post-hoc test, P < 0.05 using the IBM SPSS Statistics 25.0 software (SPSS Inc., Chicago, IL, United States).

The sensilla types on legs of A. lucorum were observed using a scanning electron microscopy (GeminiSEM 500, Zeiss, Germany). Forelegs, middle legs and hind legs were removed from female and male adult A. lucorum, respectively. Leg samples were fixed in 70% ethanol for 3 h, cleaned in an ultrasonic bath (250 W) for 10 s and finally subjected to gradient elution in an ethanol series (70, 80, 90, 95, and 100%). Subsequently, samples were dried in an oven thermostat at 25°C for 10 h. After coated with gold-palladium and mounting on holders, samples were observed under a scanning electron microscopy. Identification of the leg sensilla was mainly based on the description of Chinta et al. (1997) and Lu et al. (2007). 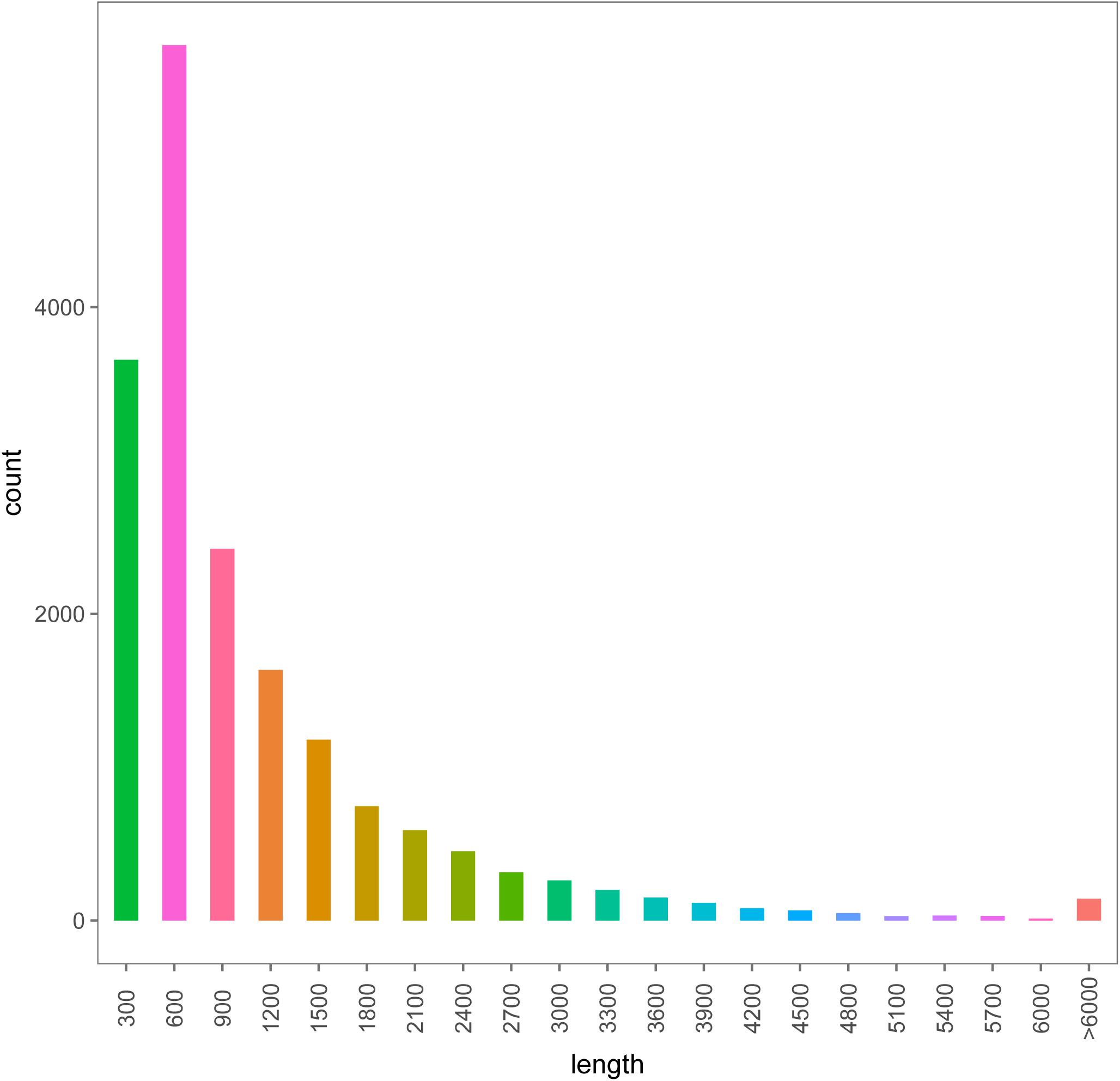 Figure 1. The length distributions of the assembled unigenes from legs transcriptomes of female and male A. lucorum. 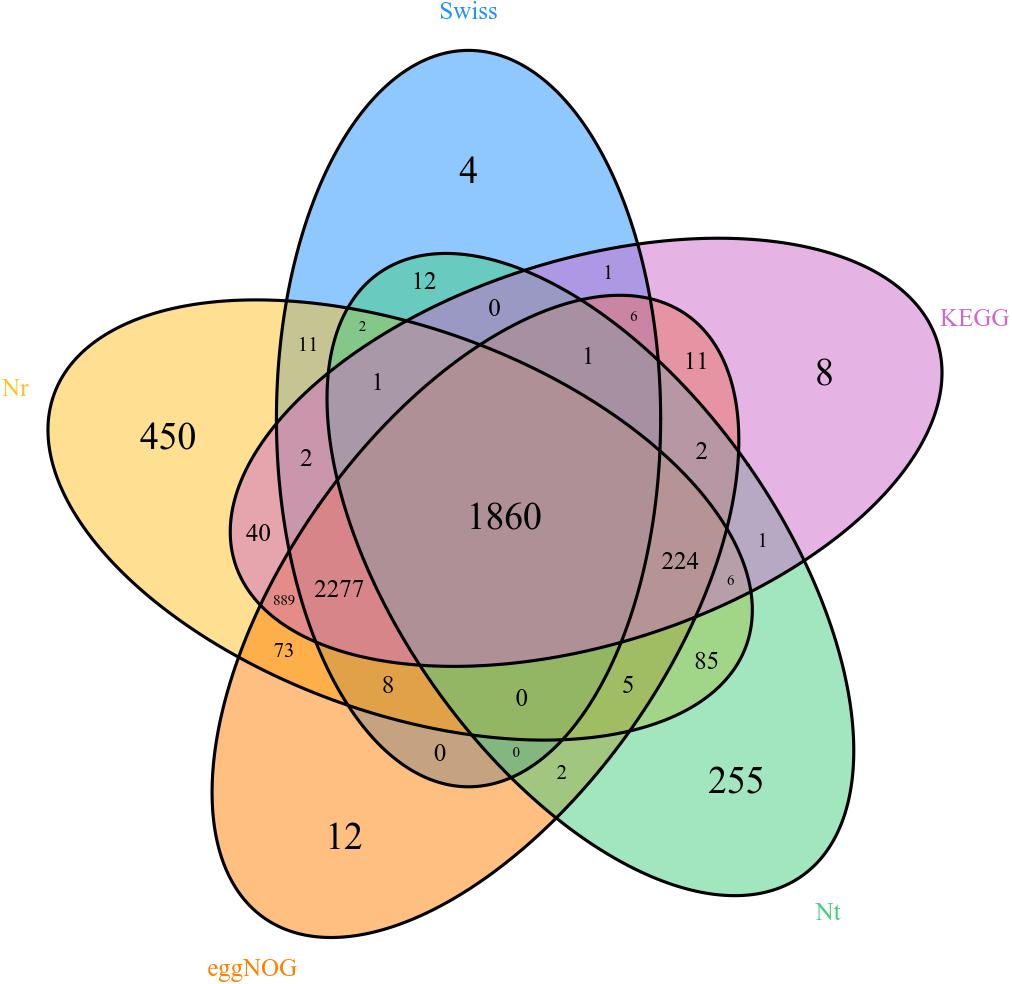 Based on the Gene Ontology (GO) annotations, 4,844 unigenes could be annotated into the following three functional categories: molecular function, cellular components and biological processes. The cellular process (31.92% unigenes) and metabolic process (28.47% unigenes) GO categories were most abundantly represented within the biological process GO. In the cellular components GO, the transcripts were mainly distributed in the membrane part (24.22% unigenes) and cell part (32.23% unigenes). The GO analysis also showed that the unigenes involved in binding (44.51% unigenes) and catalytic activity (44.12% unigenes) were most abundant in the molecular function ontology (Figure 3). The difference clustering results among six samples showed that there was a high correlation between female forelegs and female middle legs, male forelegs and male middle legs, female hind legs and male hind legs, separately (Figure 4). 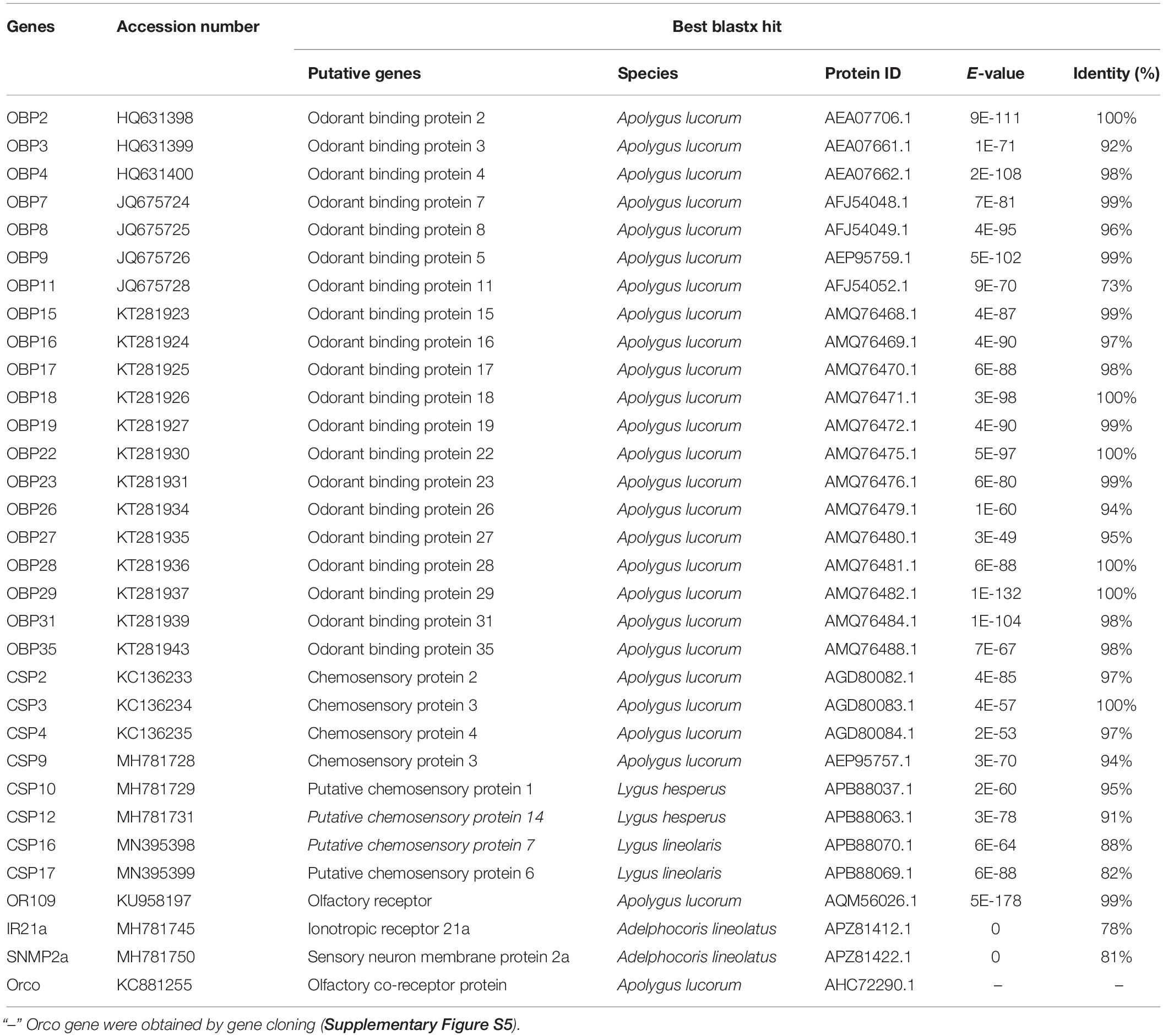 Table 3. Chemosensory genes in male- and female- legs of A. lucorum. 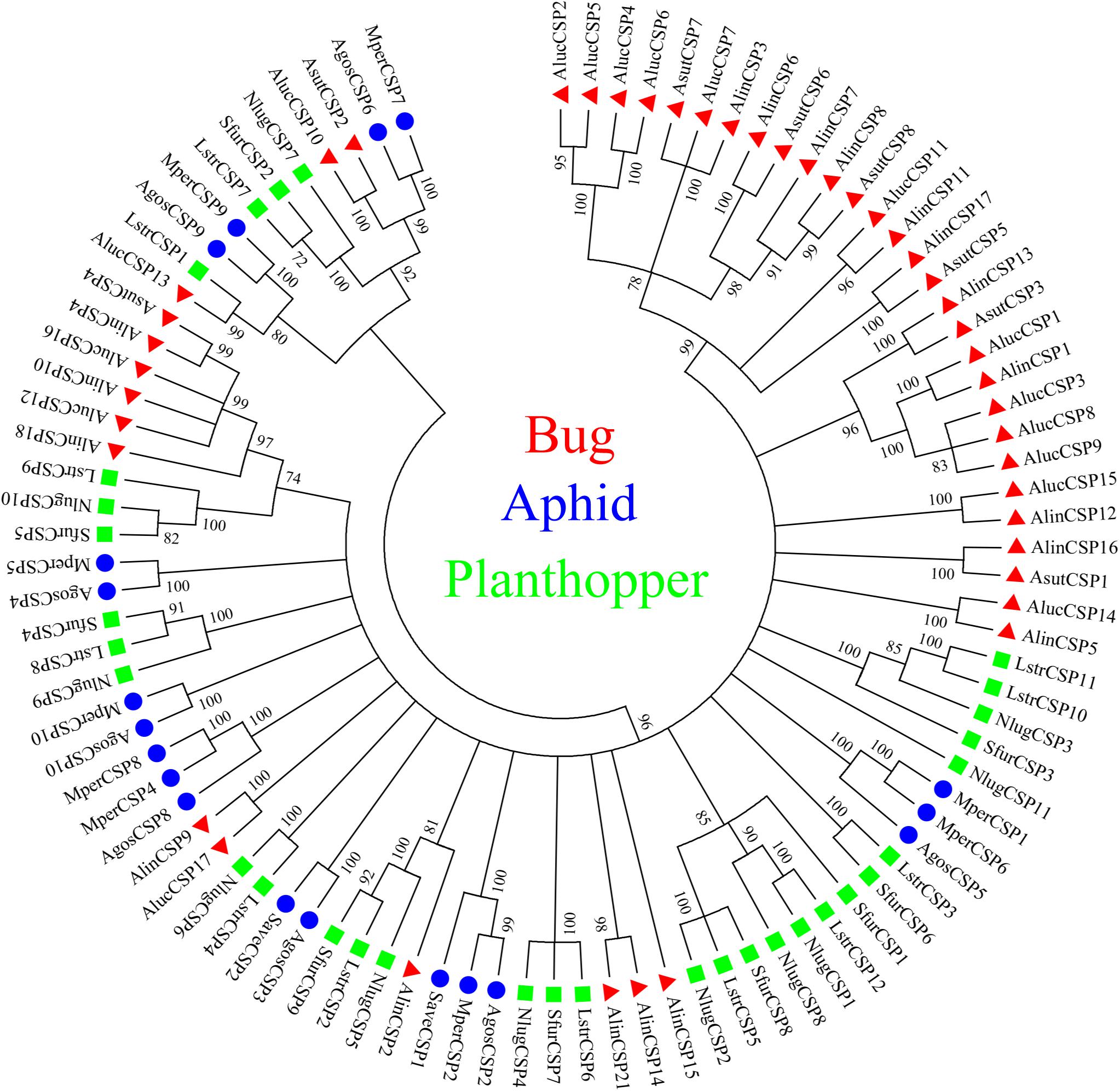 Figure 10. Photograph of foreleg of A. lucorum observed by scanning electron microscope.

The rows of hair brush with micropores at base were observed in the junction of the tibia and tarsus (Figures 11A,B). The Böhm bristles had smooth surface without pores and base socket, which were distributed in all segments of the legs (Figure 11C).

All the identified AlucOBPs and AlucOR109 in legs are also presented in antennae of A. lucorum (Yuan et al., 2015; An et al., 2016), indicating their potential chemosensory function in legs. In A. lineolatus, AlinOBP11 was labeled in the tarsal sensilla chaetica and involved in a complicated chemical recognition (Sun et al., 2017). A large number of ORs expressed in insect antennae (Touhara and Vosshall, 2009; Leal, 2013; An et al., 2016). However, we only identified one OR in the legs of A. lucorum. It was reported that HoblOR22 specifically expressed in Holotrichia oblita legs is a receptor of ligands (Li et al., 2017). We proposed that AlucOR109 in legs may be a receptor involved in olfaction or gustation of A. lucorum.

CSPs, another type of odorant carrier proteins, act as chemoreceptors to transport semiochemicals (Wanner et al., 2004). There were five new CSPs identified in legs of A. lucorum adults. In a previous study, AlucCSPs showed higher affinities with the secondary metabolites of cotton plants (Hua et al., 2013), suggesting their taste role in insect herbivores. In phylogenetic tree, although CSPs belonging to the same family (CSPs of bug, aphid and plant hopper) cluster together locally, the CSPs from same family segregate into different central clusters. Additionally, some CSPs from mirid bug species showed a very high protein identity and sat at the same branches as orthologous groups (AlucCSP10 and AsutCSP2; AlucCSP13 and LstrCSP1; AluCSP16 and AlinCSP10), which indicated these CSPs may have the same ancestor and differentiate along sex isolation and speciation (Figure 6).

Insect SNMPs play important roles in signal transduction. MmedSNMP2 from M. mediator is not only expressed in antennae, but also in head, legs and other tissues, suggesting the multiple roles of MmedSNMP2 (Shan et al., 2019). AlucSNMP2a identified in legs of A. lucorum may participate in multiple ecological functions. IR21a and IR25a in Drosophila could mediate cool sensing (Ni et al., 2016). Thus, AlucIR21a expressed in legs of bugs may perceive the changes of temperature.

The datasets generated for this study can be found in the PRJNA590311.

The Supplementary Material for this article can be found online at: https://www.frontiersin.org/articles/10.3389/fphys.2020.00276/full#supplementary-material

Copyright © 2020 Li, Zhang, An, Wang, Khashaveh, Gu, Liu and Zhang. This is an open-access article distributed under the terms of the Creative Commons Attribution License (CC BY). The use, distribution or reproduction in other forums is permitted, provided the original author(s) and the copyright owner(s) are credited and that the original publication in this journal is cited, in accordance with accepted academic practice. No use, distribution or reproduction is permitted which does not comply with these terms.