Background: The crossed leg sign in patients with right hemisphere stroke is thought to be associated with perceptual disorders, such as unilateral spatial neglect (USN). The aim of this study was to compare the crossed leg sign with the severity of USN during the acute phase of stroke.

Experimental procedures: This was an observational and prospective clinical study of individuals with a diagnosis of right parietal stroke, as confirmed by neuroimaging. The occurrence of the crossed leg sign, the time at which this occurred after the stroke, and a clinical diagnosis of USN were measured and recorded. The patients’ age, sex, and lesion severity, as determined by the National Institutes of Health Stroke Scale and Glasgow coma scale, were included in the analyses as confounding variables. The outcome of interest was the degree of USN, as measured by the cancellation and bisection tests. Binary logistic regression was used to analyze the effect of crossed leg syndrome on the severity of USN. In the adjusted multiple regression model, a p-value of <0.05 was considered statistically significant.

Conclusion: Based on the results of our study, we can conclude that a crossed leg sign in the acute phase of stroke is associated with USN severity, specifically the misinterpretation of the midline.

Unilateral spatial neglect (USN) is a perceptual disorder that is characterized by an inability to respond to people or objects that are presented contralateral to the lesioned side of the brain when these symptoms cannot be attributed to either motor or sensory deficits (1–3). USN is frequently demonstrated in the clinic as misinterpretation of the midline, which may include head and eye deviations on the side contralateral to hemiplegia as well as the crossed leg sign (4–6).

The crossed leg sign was first described in patients with right hemisphere stroke who presented with USN, including cases in which there were associated changes in consciousness (7). It is impossible to detect USN during coma, but frequent rubbing movements of the right leg over the left observed in the first days of clinical evolution may differentiate between patients with torpor and coma. This sign is characterized by an overlap of the right leg over the left as the patient attempts to orient to the midline because there is a loss of spatial orientation of the left space. If the left leg is not perceived or felt to be one’s own limb, then abnormal rubbing movements may appear, which may be of predictive value in the development of USN (7).

Male and female subjects aged 18–85 years with right parietal ischemic stroke confirmed by a CT scan or MRI in the acute phase were included in this study. Individuals with a prior modified Rankin Scale >1, aphasia, preexisting dementia, previous visual changes, associated hemianopsia, mechanical orthopedic changes that impair the movement of the lower limb, or other neurological diseases were excluded.

The occurrence of the crossed leg sign, the time at which the sign occurred after the stroke, and a clinical diagnosis of USN were measured and recorded.

The main confounding variables that could potentially be associated with the outcome included age (older individuals have higher severity of USN after stroke), sex (women have worse outcomes of USN in some studies), severity of stroke according to the National Institutes of Health Stroke Scale (NIHSS) (the severity of stroke was associated with higher degree of USN), and the level of consciousness, as measured by the Glasgow coma scale (GCS) (greater degree of USN is expected in individuals with a lower degree of GCS).

The outcome of interest was the degree of USN, as measured by the cancellation and bisection tests.

The degree of USN in the acute phase of stroke was measured using three tests. The first test was the line cancellation test, which measures the proportion of lines omitted from a total of 40 lines that are randomly distributed on one sheet of paper (8). The second test was the star cancellation test, which measures the proportion of stars omitted from a total of 56 smaller stars that are associated with distractors (9). The final test was the line bisection test (LBT), where “the patient was asked to mark the middle of each of 18 lines arranged in three columns of six (on the right, center, and left of the page); the degree of neglect was measured as the distance (in mm) between the patient’s mark and the middle of the lines” (10). In all USN tests, the examiner placed the exam sheet in front of the patient at a distance of 60 cm from the glabella to the center of the paper (11, 12).

To avoid selection bias, all patients with right hemisphere stroke were followed during hospitalization for the crossed leg sign.

Sampling Plan and Determination of the Minimum Number of Subjects

This was a convenience sample, and a minimum of 60 subjects was needed to obtain a maximum sampling error of 7.5% and a confidence level of 95%. The type I and II error probabilities were 0.05 and 0.20, respectively, with a SD of the mean of 20 for the left percentage deviation required to detect a difference equal to 10 points in relation to the mean of the left percentage deviation in the LBT.

This research was approved by an Ethics Committee on Human Research at Botucatu Medical School (number 4223-2012), and written informed consent was obtained from the participants of this study.

Overall, 150 patients were screened for this study, and 90 were excluded based on the exclusion criteria. Thus, 60 patients were followed and included in the analyses (Figure 1). The demographic and clinical characteristics are shown in Table 1. The proportion of agreement in the observations of the crossed leg sign between the authors was 86% (74–91%). 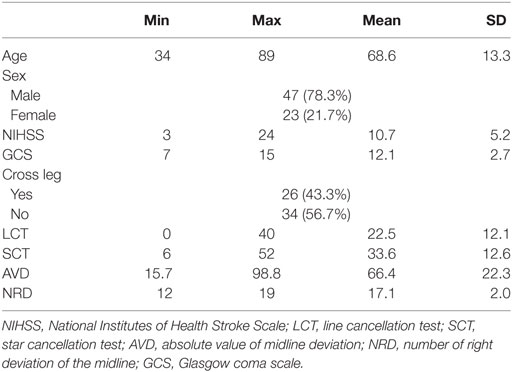 Table 1. Demographic and clinical characteristics of the patients. 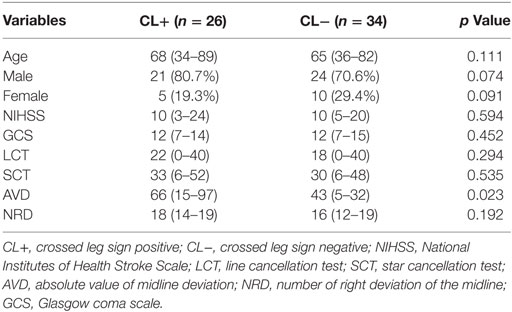 Table 2. Demographic and clinical characteristics of the patients with and without crossed leg sign. 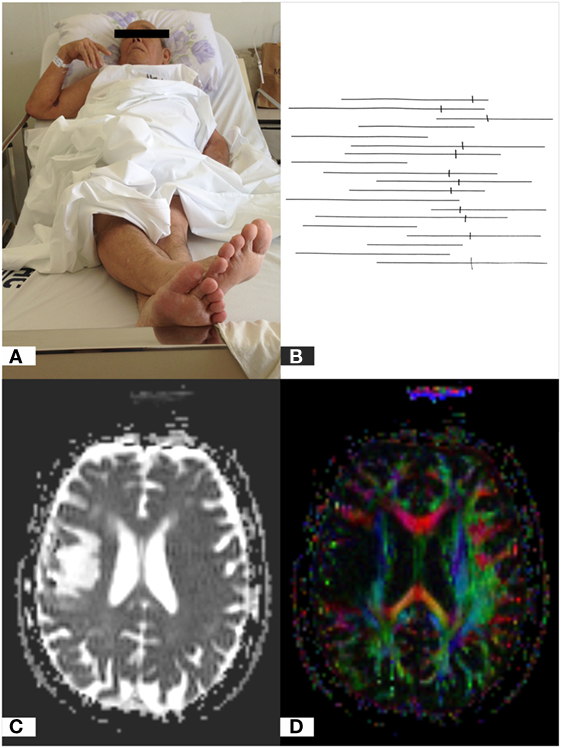 Table 3. Binary logistic regression according to the crossed leg with USN degree corrected by clinical and anthropometric variables.

This study indicates that crossed leg behavior is a factor describing the severity of the development of USN after stroke. It has been shown that cross-legged individuals are twice as likely to present right midline deviations in the LBT. This was an important factor in establishing a causal relationship between leg crossing and the severity of USN and misinterpretation of the midline.

Rémi et al. described 34 patients with leg crossing behavior after stroke and reported that the median duration for this behavior was 15 days and was associated with the best functional prognosis. The authors of that study did not, however, correlate this finding with USN (13). No association was found with better outcomes in this study because the patients with USN presented higher NIHSS values, indicating a higher severity of the neurological condition.

Several textbooks on semiology and neurological examination do not describe the crossed leg sign as a clinical sign in the acute phase of stroke (14–16). In recent years, however, patients with acute stroke in the right hemisphere and changes in consciousness have been reported to present with this behavior during hospitalization, and this appears to be especially true in patients with USN and misinterpretation of the midline (7).

The authors postulate three main theories for leg crossing behavior in the acute phase of stroke in patients with USN. The first is that perceptual disorders with a misinterpretation of the midline, such as anosognosia and asomatognosia, are mainly associated with USN with parietal syndrome of the right hemisphere (9, 17). As an individual’s consciousness is altered and he/she perceives a foreign body in the bed, such as his/her left foot or anything in the left hemisphere, the right foot would be expected to repeatedly and compulsively perform the movement of encountering and rejecting this member. The second theory is that when misinterpreting the midline, these patients are always searching for sensorial stimuli. These stimuli increase extrinsic feedback from sensorial input and allow a better interpretation by the parietal lobe (18, 19). The final theory is the inter-hemispheric inhibition theory, which suggests that in the acute phase of stroke, a patient with hemiplegia associated with USN will use the compromised lower limb less frequently, which results in less information being transmitted to the injured parietal cortex (20, 21). As the injured hemisphere receives less information, it will no longer inhibit the uninjured hemisphere, leading to a hyperactivation of the contralesional hemisphere and an increase in motor activity on the unaffected side.

Based on the results presented, we conclude that the crossed leg sign in the acute phase of stroke is associated with severity of USN, specifically in the misinterpretation of the midline.

This research was approved by an Ethics Committee on Human Research at Botucatu Medical School (number 4223-2012).

The authors declare that there is no conflict of interest regarding the publication of this article.

The authors thank the Neurology Department and Rehabilitation Service of the Botucatu Medical School Hospital for supporting this research.

Copyright: © 2018 Luvizutto, Neto, Resende, Nunes, Betting and Bazan. This is an open-access article distributed under the terms of the Creative Commons Attribution License (CC BY). The use, distribution or reproduction in other forums is permitted, provided the original author(s) and the copyright owner are credited and that the original publication in this journal is cited, in accordance with accepted academic practice. No use, distribution or reproduction is permitted which does not comply with these terms.