Potential Embolic Sources Differ in Patients With Embolic Stroke of Undetermined Source According to Age: A 15-Year Study

Introduction: Understanding the potential embolic source in young patients with ESUS may improve the diagnosis and treatment of such patients.

Methods: Young patients (age 18-49) with ESUS, who were admitted to our stroke center from 2006 to 2019, were identified retrospectively and matched with next consecutive older patients (age 50–99) with ESUS by admission date. PES were categorized as atrial cardiopathy, AFib diagnosed during follow-up, left ventricular disease (LVD), cardiac valvular disease (CVD), PFO or atrial septal aneurysm (ASA), and arterial disease. Patients, who had cancer or thrombophilia, were excluded. The type and number of PES and stroke recurrence rates were determined and compared between young and older patients.

Conclusions: It was noted that PES differ in patients with ESUS according to age and differences in recurrence. PFO is the only common PES in young patients with ESUS. Future studies prospectively evaluating PES in both age groups are needed.

The concept of embolic stroke of undetermined source (ESUS) was introduced by the cryptogenic stroke/ESUS international working group in 2014 (1). In patients with ESUS, the causal etiology might not be identified, but there are many potential embolic sources, also referred to as potential embolic sources (PES) (2, 3). These underlying PES are heterogeneous, but it is hypothesized that emboli are either cardiogenic, arteriogenic, or paradoxical from the veins. At present, the main challenge in ESUS remains how to decide on optimal secondary stroke prevention in the absence of a known stroke mechanism. The efficacy of antithrombotic agents for secondary prevention in ESUS was tested in the NAVIGATE ESUS and RE-SPECT ESUS trials. Results showed that anticoagulation was not superior to aspirin for the prevention of stroke in patients with ESUS (4, 5). Ischemic stroke in young adults is usually defined clinically by an age threshold of <50 at stroke occurrence, based on different risk factors and clinical characteristics between young and older patients with stroke (6). Approximately 15–20% of patients with ESUS are young patients (7, 8). However, previous RCTs and studies included mainly older patients at a mean age of around 65 years (2–5). There is limited information about PES and the associated risk of recurrent stroke in young patients with ESUS. In this retrospective study, we evaluated the rate and overlap degree of previously reported PES and assessed the rate of stroke recurrence per PES in young patients with ESUS and compared them with older patients with ESUS.

We retrospectively reviewed young patients (age 18–49) with ESUS who were admitted and followed at Hartford Hospital from 2006 to 2019. Each young patient was matched with the next consecutive older patient (age 50–99) with ESUS by admission date within the same period.

The ESUS was defined as non-lacunar brain infarct in the absence of extracranial or intracranial atherosclerosis causing ≥50% luminal stenosis in arteries supplying the area of infarcts, established major cardioembolic source, other specific cause (e.g., vasculitis/vasculopathy, dissection, vasospasm, or thrombophilia) according to the criteria proposed by the Cryptogenic Stroke/ESUS International Working Group and previous studies (1). The minimal standard evaluation was required for the diagnosis of ESUS, which included transthoracic or transesophageal echocardiography, CTA/MRA of head and neck, 12-lead EKG, at least 24 hours of continuous heart rhythm monitoring, and screening for inherited thrombophilia in patients younger than 50-year-old (1, 9). We did not include cancer as PES as hypercoagulability and embolism are both possible mechanisms of cancer-related stroke.

According to previous studies, we used the definitions of PES described in Table 1: categorized as atrial cardiopathy, AFib diagnosed during follow-up, left ventricular disease (LVD), cardiac valvular disease (CVD), PFO and/or Atrial septal aneurysm (ASA), and arterial disease (1–3). In a single patient, there may be none, single, or multiple PES. Atrial cardiopathy was defined as left atrial (LA) volume index >34 ml/m2 according to American Society of Echocardiography guidelines (10). AFib was diagnosed by EKG, 30-day or implanted heart rhythm monitor during follow-up. 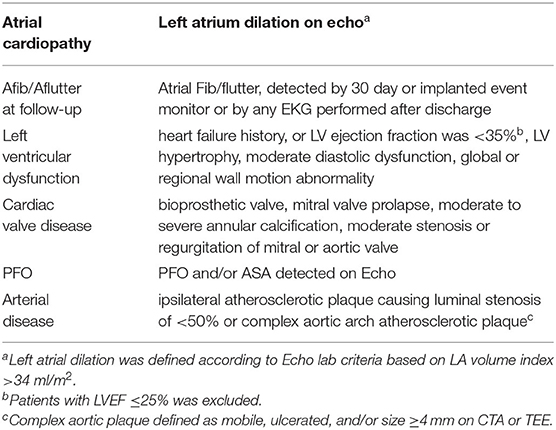 Baseline and clinical stroke characteristics were compared between young and older patients using proportions for categorical variables and medians with interquartile range for continuous variables. The rate of different types of PES and numbers of PES were determined and compared between young and older patients with ESUS. After discharge, patients were followed up at Hartford Healthcare for at least one year with the available medical record. Patients who did not follow with Hartford Healthcare for at least one year were considered as lost to follow-up and were not included in the study. The recurrent ischemic stroke was diagnosed by repeated brain MRI or head CT during follow-up. The rate of stroke recurrence during follow-up was assessed by different types of PES, numbers of PES, and comparison with young and older patients with ESUS. All comparisons were performed using the Pearson Chi-square test with SPSS and p < 0.05 as the significance level. 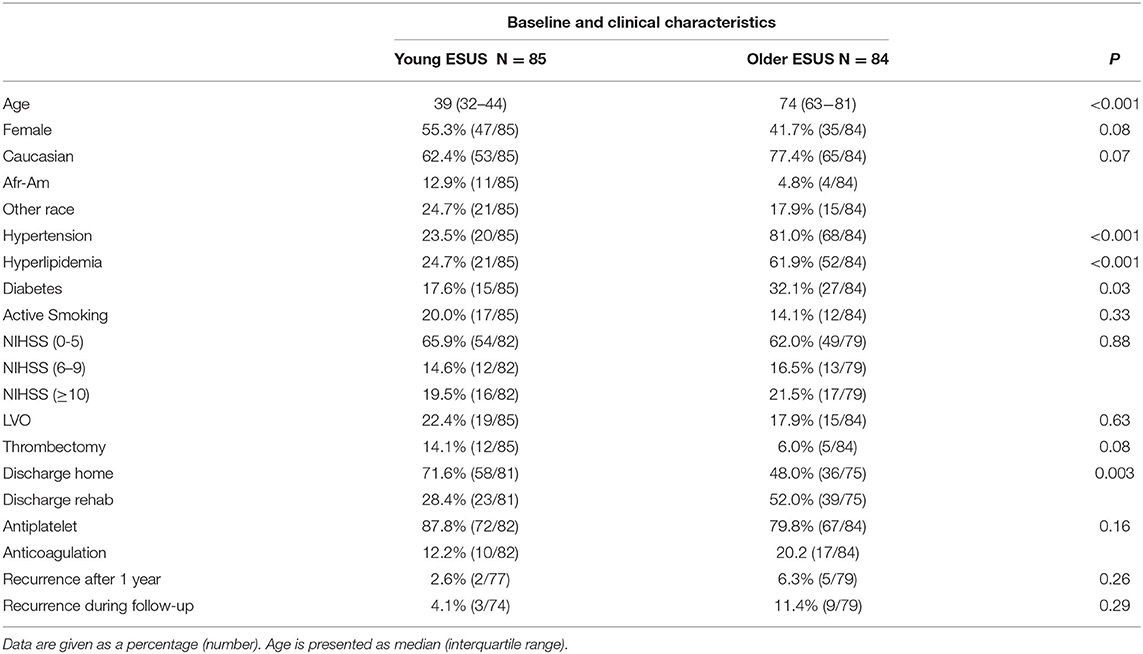 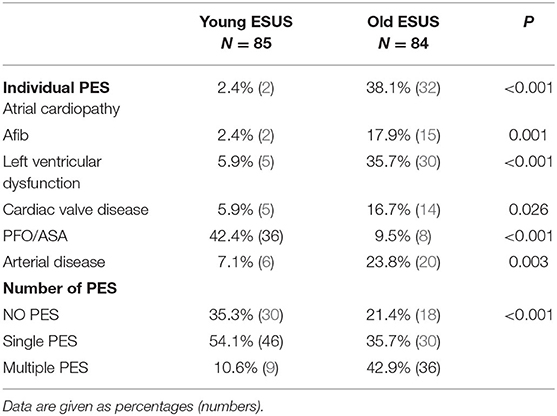 Table 3. Rate of PES by types and numbers. 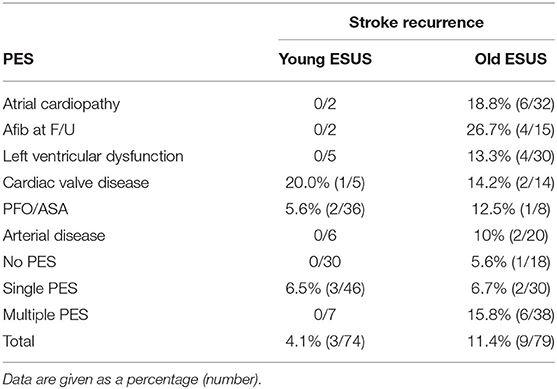 Table 4. Recurrent embolic stroke by type and number of PES.

The low rate of PES in young patients with ESUS is partly explained by the low rate of traditional cerebrovascular risk factors. In addition, according to recommendations from the international ESUS working group, only minimal standard evaluation is required to rule out established etiology, other diagnostic tests such as malignancy screening, hypercoagulable testing, 30-day or implanted rhythm monitors, TEE, and special MRIs may be considered on a case-by-case basis (1). PES detection rate may be higher if all the young patients underwent TEE, prolonged cardiac monitoring, and more advanced diagnostic workup. It is important to note, however, that occult AFib was a rare finding in younger patients with ESUS in our study, and of low yield. High-resolution MRI had higher sensitivity and specificity in detecting vessel wall abnormality such as atheroma and dissection (16, 17). If high-resolution MRI can be used in routine practice, it may help to identify more PES in young patients. Furthermore, young stroke patients have unique risk factors such as migraines, the use of oral contraceptive pills, or illicit drugs (18–20). Mechanisms other than embolisms such as hypercoagulability, vasospasm, and in-situ thrombosis may be the cause of cryptogenic stroke in young patients. Cancer, especially active cancer is considered a risk factor for ischemic stroke in young adults (21, 22). The hypercoagulable state is the most important mechanism of malignancy-associated ischemic stroke and other potential mechanisms include marantic endocarditis, the effect of chemotherapy or radiotherapy, accelerated atherosclerosis, and intravascular disease (Lymphoma) (22). Inherited thrombophilia is a group of disorders including factor V Leiden or Prothrombin mutation, deficiency of Antithrombin, protein C and protein S, and hyperhomocysteinemia caused by mutations in methylenetetrahydrofolate reductase (23, 24). Studies have shown an inconsistent or weak association between inherited thrombophilia and ischemic stroke (23–25), although a moderately stronger risk was reported in a subgroup of younger patients (25, 26). Our study focused on ESUS with embolism as a likely cause of stroke and we did not include patients with malignancy or inherited thrombophilia, in which a hypercoagulable state is a potential mechanism. However, malignancy and thrombophilia are important risk factors for cryptogenic stroke in young adults and they can cause imaging patterns similar as embolic stroke. Of note, our study shows PES was not identified in one-third of young patients with ESUS, and none of those patients had a recurrent stroke. Although the causal mechanism remains unknown, this finding is reassuring that stroke recurrence was rare in these young patients with ESUS without PES identified.

Our study is the first study to assess PES and its associated rate of stroke recurrence in young patients with ESUS over 15 years. However, due to a single-center design, we were unable to estimate the risk of recurrent stroke by PES given the relatively small number of patients. One common limitation of all PES studies is that the rate and overlap of PES are usually underestimated. PES in our study was defined according to criteria used in NAVIGATE ESUS study and reviewed by an international ESUS working group (1, 2). Many recently identified PES such as new biomarkers of atrial cardiopathy, including NT-proBNP and ECG indexes (28–30), pulmonary arteriovenous fistula, and carotid web, were not included in the study (31, 32). Another common limitation in PES studies is that the criteria also likely include many low-risk PES. Those PES are usually associated with a very low rate of stroke and are often likely incidental without clinical significance. In the future, a prospective multi-center study better defined PES, with a sufficient sample size and completion of extensive diagnostic tests, is needed to assess the PES burden and associated risk of stroke recurrence in young patients with ESUS.

The studies involving human participants were reviewed and approved by IRB of Research Center at Hartford Hospital. Written informed consent for participation was not required for this study in accordance with the National Legislation and the Institutional Requirements.

The authors would like to thank Dr. Walter N. Kernan at Yale-New Haven Health for his suggestions on study design.

Copyright © 2022 Hou, Elmashad, Staff, Alberts and Nouh. This is an open-access article distributed under the terms of the Creative Commons Attribution License (CC BY). The use, distribution or reproduction in other forums is permitted, provided the original author(s) and the copyright owner(s) are credited and that the original publication in this journal is cited, in accordance with accepted academic practice. No use, distribution or reproduction is permitted which does not comply with these terms.

Advances in Imaging and Treatment of Embolic Stroke of Undetermined Source