Background: Atorvastatin has been shown to improve cardiovascular risk (CVR) indices in women with polycystic ovary syndrome (PCOS). Low-grade chronic inflammation of adipose tissue may link PCOS and adverse CVR. In pro-inflammatory states such as PCOS, spontaneous activation of the alternative pathway of complement results in increased generation of acylation stimulating protein (ASP) from adipocytes irrespective of body mass index.

Methods: The objective of this study was to determine the effect of atorvastatin on markers of adipose tissue dysfunction and inflammation; acylation-stimulating-protein (ASP), interleukin-6 (IL-6), and monocyte-chemoattractant-protein-1 (MCP-1) in PCOS. This was a randomized, double-blind, placebo-controlled study where 40 medication-naive women with PCOS and biochemical hyperandrogenaemia were randomized to either atorvastatin 20 mg daily or placebo for 12 weeks. Following the 12 week randomization; both group of women with PCOS were subsequently started on metformin 1,500 mg daily for further 12 weeks to assess whether pre-treatment with atorvastatin potentiates the effects of metformin on markers of adipose tissue function We conducted a post-hoc review to detect plasma ASP and the pro-inflammatory cytokines IL6 and MCP-1 before and after 12 and 24 weeks of treatment.

Moreover, ASP has been shown to be raised in other insulin resistant states, such as diabetes and obesity, as well as in cardiovascular disease and is reported to be positively correlated to plasma triglycerides, LDL cholesterol and non-esterified fatty acids (NEFA) all of which are common in women with PCOS (5, 8). It has been suggested that high levels of ASP found in PCOS represent an ASP-resistant state, that is related to “adipose tissue dysregulation” which subsequently leads to adipose tissue inflammation, insulin resistance, and dyslipidemia in these patients (9). The suggested possible underlying mechanism of ASP resistance in such patients is reduced expression of C5L2 receptor on adipose tissue (10, 11). Interestingly, this process of decreased C5L2 expression is enhanced further by increased fatty acids and high inflammatory markers present in obesity. Further, raised ASP levels itselfinduces pro-inflammatory state via increased cytokine release, as evident by both in vitro and in vivo studies (12, 13). The underlying molecular mechanisms of ASP resistance involve down regulation of intracellular response elements, especially AKT, PI3-kinase and PDK. These are also vital components of insulin response, which could link the development of insulin resistance in conditions such as PCOS (14).

It is also well-established that women with PCOS have underlying chronic low grade inflammation associated with high levels of inflammatory markers especially interleukin-6 (IL-6), macrophage chemoattractant protein-1 (MCP-1) and highly sensitive C-reactive protein (hs-CRP)—that are independent of obesity (15). Metformin has been shown to reduce markers of inflammation, especially ASP levels, in non-obese PCOS women (9, 16). We have shown previously that atorvastatin therapy reduced the inflammatory marker (hs-CRP) and insulin resistance, which were positively correlated with the reduction in triglyceride levels (17). We hypothesized that the effect of atorvastatin on measures of inflammation and insulin resistance are mediated through changes in ASP that have not been explored before in women with PCOS. Accordingly, this post-hoc analysis was performed to investigate the effects of atorvastatin and metformin on inflammatory markers, including ASP in a well-characterized group of young overweight/obese females with PCOS (17).

The diagnosis of PCOS was based on all three diagnostic criteria of the Rotterdam consensus, namely clinical and biochemical evidence of hyperandrogenaemia (Ferriman-Gallwey score >8; free androgen index >8, respectively), oligomenorrhea or amenorrhea and polycystic ovaries on transvaginal ultrasound (18). Non-classical 21-hydroxylase deficiency, hyperprolactinaemia, Cushing's disease and androgen-secreting tumors were excluded by appropriate tests. All women gave their written informed consent and the study was approved by the South Humber Research Ethics committee, UK (REC reference: 04/Q1105/60).

Forty medication naïve women with PCOS and biochemical hyperandrogenaemia were randomized to atorvastatin 20 mg daily or placebo for 3 months (17). Following this, an extension study for both PCOS groups of women was undertaken with metformin 1,500 mg daily after completing the initial 3 months of atorvastatin or placebo (19). A Flow chart of participants through the experimental protocol is provided within Figure 1. The purpose of the extension study was to see whether pre-treatment with atorvastatin potentiates the effects of metformin on measures of inflammation and adipose tissue dysfunction 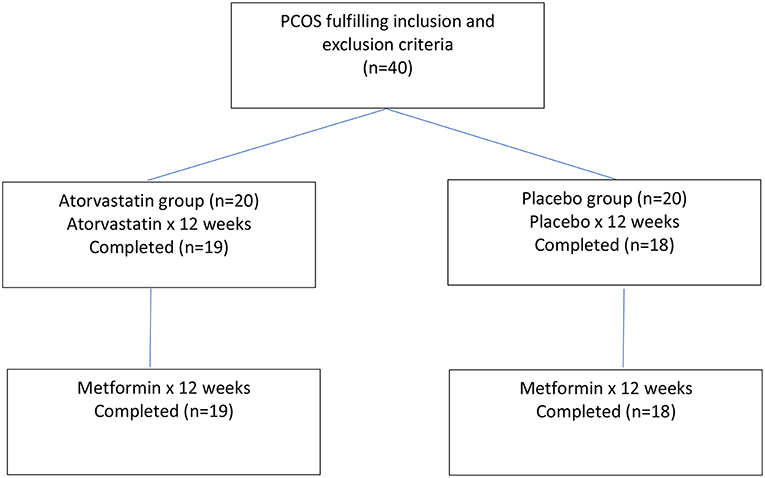 Figure 1. Flow chart of participants through the study.

Thirty-seven women (atorvastatin = 19; placebo = 18) completed 6 months of this study. Compliance was monitored by counting returned medication. The biochemical assays undertaken were fully described in detail in previous publications of this investigation (17, 19). The same population is used in both this analysis and previous studies (17, 19).

ASP levels were measured in plasma C3 in plasma samples, in-house plasma controls and standard ASP were PEG precipitated (polyethylene glycol 8000, Fisher Scientific). The samples were centrifuged and the supernatant was used to assay for ASP. Plates were pre-coated with monoclonal anti-ASP antibody and blocked with bovine serum albumin (BSA). PEG precipitated plasma samples and in-house plasma controls were diluted 1:40 in phosphate-buffered saline (PBS) and added to the plate. ASP standard was also added using a concentration curve ranging from 0.156 to 10 ng/ml. After incubation, the plates were washed and incubated with rabbit polyclonal anti-ASP antibody. Subsequently, goat anti-rabbit IgG conjugated to horseradish peroxidase (Sigma-Aldrich) was added. The color reaction was initiated by the addition of ophenylenediaminedihydrochloride (Sigma-Aldrich) and was stopped using 1.25 M sulphuric acid. Absorbance was read at 490 nm. The intra-assay (within run) variation was 3.9%. IL-6, and MCP-1 were measured in plasma using DuoSet ELISA development kits from R&D Systems (Abingdon, UK). The intra-assay variation of IL-6 was 2.2% and MCP-1 was 2.8%.

The paired t-test was used to compare pre-post within group changes for clinical, hormonal and metabolic variables. The Wilcoxon signed rank test was applied to biochemical data that violated the assumptions of a normal distribution assessed by the Kolmogorov-Smirnov test. Between-group comparisons of percent changes of each parameters before and after treatment were performed using independent samples t-test. For all analysis, a two-tailed P ≤ 0.05 was considered to indicate statistical significance. Correlations of selected parameters were analyzed by using Pearson correlation coefficient and linear regression (forward stepwise regression). Statistical analysis was performed using SPSS for Windows NT, version 19.0 (SPSS Inc., Chicago, IL). Data are reported as mean ± SEM.

Table 1. Comparison of inflammatory and adipose tissue dysfunction markers at baseline, 12 weeks of atorvastatin or placebo followed by 12 weeks of metformin. 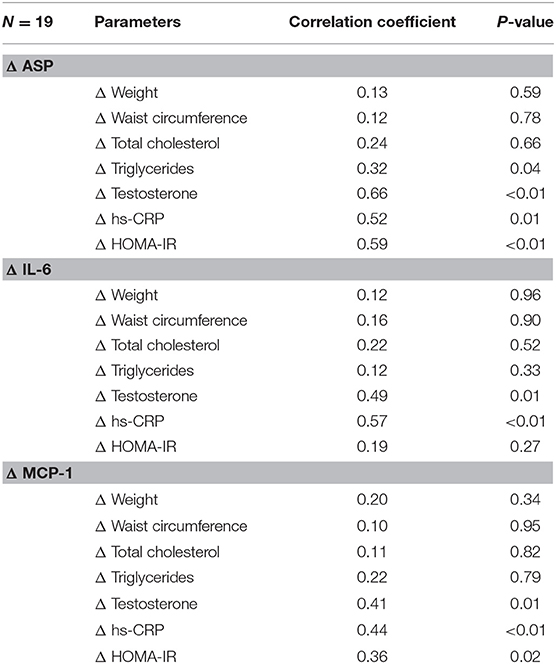 Table 2. Correlation coefficients between changes in ASP, IL-6, and MCP-1 and changes in waist circumference, cholesterol, testosterone, hs-CRP, and HOMA after atorvastatin treatment.

This post-hoc analysis revealed that 12 weeks of atorvastatin treatment significantly decreased markers of adipose tissue dysfunction and inflammation as determined by ASP, IL-6, and MCP-1 in younger, overweight obese women with PCOS. These improvements were that are related significantly with substantial improvements in HOMA-IR, testosterone and hs-CRP levels.

In this study atorvastatin treatment improved ASP sensitivity in PCOS women with hyperandrogenimia) as suggested by significant reductions in ASP levels. This suggests a potentially novel mechanism for the improved insulin sensitivity reflected in the substantial decrease in HOMA-IR with associated improvements in androgen levels and inflammatory markers. In addition, reduction in ASP levels after by atorvastatin treatment was associated (although not necessarily causal) with significant improvement in dyslipidaemia in these women as suggested by enhanced triglycerides clearance and reduced cholesterol levels.

The reduction in ASP after 12 weeks of atorvastatin treatment was associated with substantial improvements in biochemical hyperandrogenaemia—the most distinctive feature of PCOS. Additionally, low levels of SHBG also contribute to high free testosterone levels by reducing binding with testosterone (20). Several studies have reported that insulin resistance with compensatory hyperinsulinaemia is the primary underlying cause for hyperandrogenaemia in women with PCOS. hyperandrogenaemia is induced by both decreased hepatic production of SHBG levels and increased production of androgens via ovaries and adrenal glands (21). This is evident further from intervention trials improving insulin resistance in PCOS women using different therapies e.g., weight loss, metformin, D-chiro-inositol and peroxisome proliferator-activated receptor gamma (PPARɤ)-agonists demonstrating reduced androgen levels with improved exaggerated androgenic response to ACTH, or LH stimulation tests (22–24). However, the underlying mechanism related to improved hyperandrogenaemia due to reduced insulin resistance has not been explained completely. Our findings suggest that an improved ASP resistant state and related intracellular pathways lead to improved insulin sensitivity that subsequently reduce androgen levels. Our study suggests the potential for novel treatment targets related to modifying adipose tissue dysfunction for PCOS women in the future.

Women with PCOS have elevated levels of hs-CRP that is an independent risk marker of early cardiovascular disease (25). There was 25% reduction in hs-CRP levels after atorvastatin treatment in the present investigation. These changes were was also positively correlated to ASP levels suggesting improvements in underlying inflammatory environment coincided with improved ASP sensitivity, although again, it is not possible to state whether one directly impacted on the other. However, these finding are consistent with previous studies aiming at improving cardiovascular risk in women with PCOS using several interventions including weight loss, metformin and PPARɤ (26, 27).

The changes in ASP were not correlated with changes in changes in total cholesterol and triglyceride suggesting that the effects of atorvastatin in these inflammatory markers are independent of its plasma lipid lowering effects. There is increasing body of evidence that there are beneficial effects of statin other than lipid lowering, or “pleotropic effects” including improvement in endothelial dysfunction, increase nitric oxide availability, antioxidant properties, inhibition of inflammatory responses, and stabilization of atherosclerotic plaques (28). These pleitropic effects could also be partly mediated through this effect on ASP resistance.

ASP levels have been shown to be increased in patients with obesity (4). In the current study both the groups are matched for body mass and there were no significant changes in weight before and after treatment with atorvastatin. This suggests that the effect of atorvastatin in ASP levels in women with PCOS is independent of changes in obesity status. This effect needs to be evaluated with normal weight or less overweight women with PCOS.

The reduction in ASP, IL-6 and MCP-1 was maintained after 12 weeks of metformin subsequent to atorvastatin therapy, suggesting metformin have an effect in continued suppression of these markers. Statins have also been shown to rapidly activate AMP-activated protein kinase (AMPK), a protein kinase that modulates metabolic homeostasis and energy balance in individual cells and multiple organs, both in-vivo and in-vitro (35). The actions of metformin also appear to be mediated by AMPK activation (36) suggesting that this pathway is independent of the ASP modulated effects.

All patients gave their written informed consent and the study was approved by the South Humber Research Ethics committee.

TS, JPH, ZJ, SC, A-MC, PP, AS, KC, and SLA were involved in the study design, acquisition of data, analysis and interpretation of data, and paper drafting. All authors read and approved the final manuscript.

This study was supported by an unrestricted grant from Pfizer. Pfizer has supplied atorvastatin 20 mg tablets and placebo for the study. Otherwise sponsors had no input into study design, its execution, or interpretation of the findings.

Copyright © 2019 Sathyapalan, Hobkirk, Javed, Carroll, Coady, Pemberton, Smith, Cianflone and Atkin. This is an open-access article distributed under the terms of the Creative Commons Attribution License (CC BY). The use, distribution or reproduction in other forums is permitted, provided the original author(s) and the copyright owner(s) are credited and that the original publication in this journal is cited, in accordance with accepted academic practice. No use, distribution or reproduction is permitted which does not comply with these terms.