A Corrigendum on
Immune Responses to Gametocyte Antigens in a Malaria Endemic Population—The African falciparum Context: A Systematic Review and Meta-Analysis

In the original article, there were errors in Tables 1, 2 and 3, and to the text. In Table 1, one of the two study sites from Amoah et al.'s study (Parasites & Vectors, 2018) was erroneously excluded from the table hence the study was presented as one site, the age range of study participants from the Stone et al. (Nature Communications, 2018) study site “Hauts-Bassins (Burkina Faso)” was mistakenly indicated as “2–74” instead of “5–14” years and the reference for Skinner et al. given as “35” instead of “33”. These errors have been corrected and the amended table appears in this article. 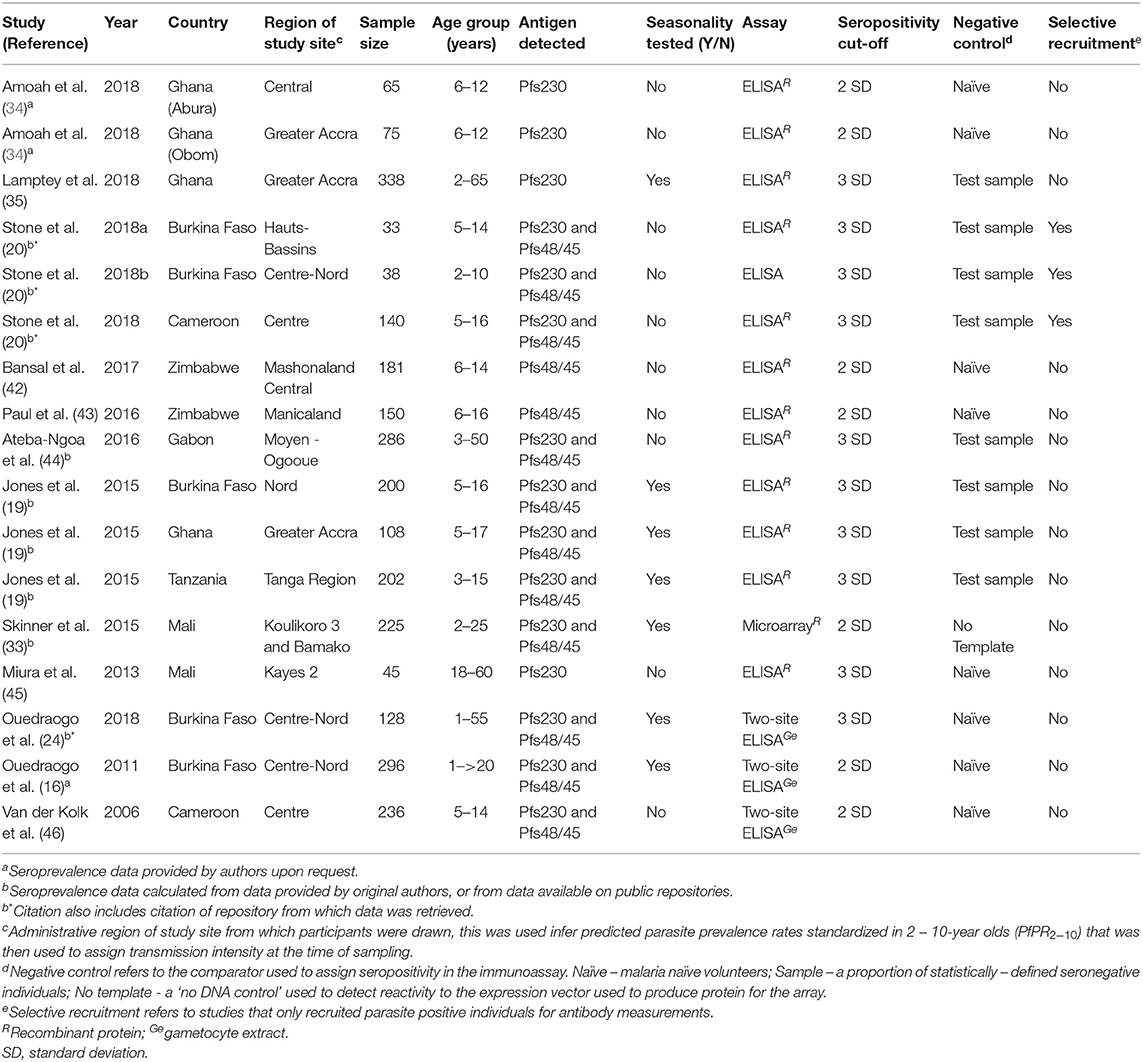 Table 1. Characteristics of studies included in the systematic review and meta-analysis. 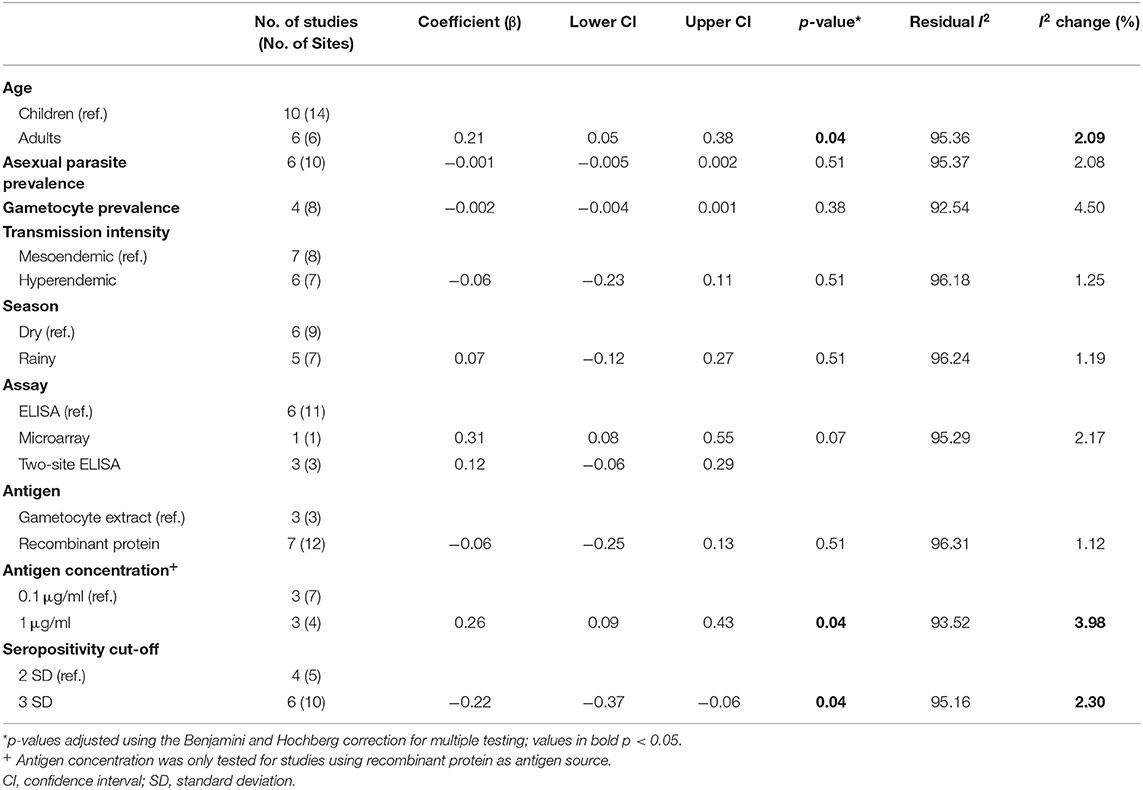 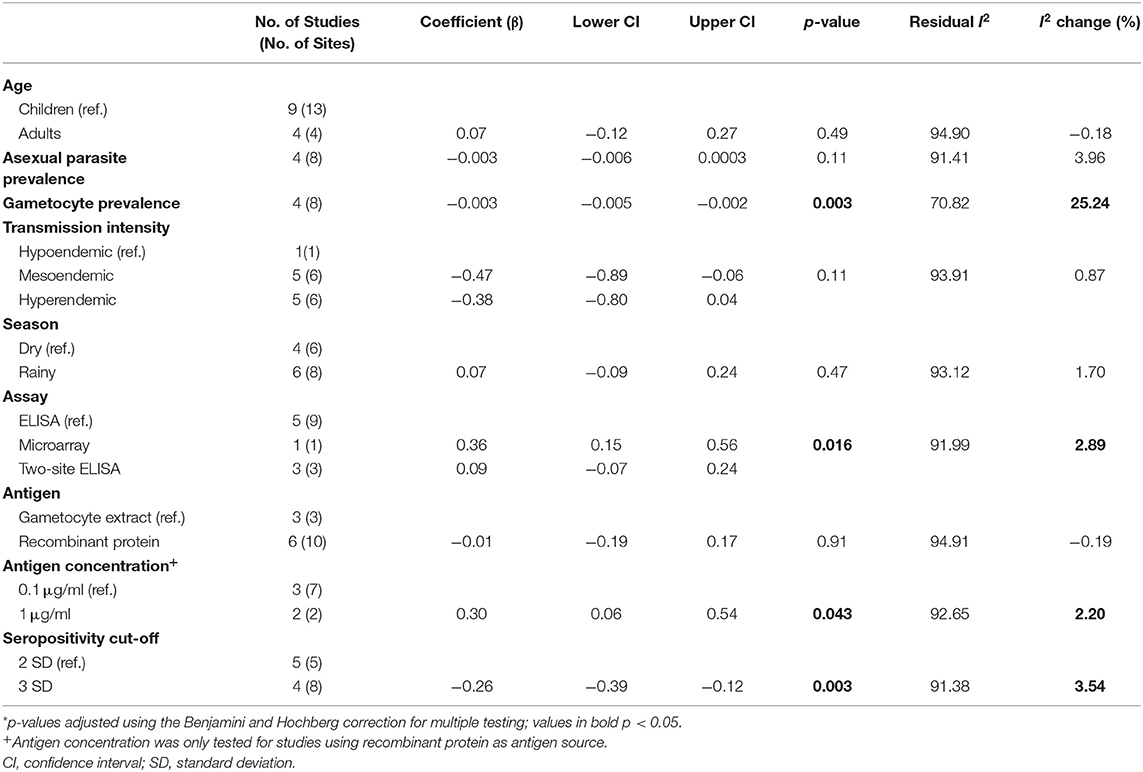 These errors have been corrected and amendments made to the relevant result sections, given below.

“The 12 studies were carried out across 17 study sites, majority of which were in West Africa (Burkina Faso, Senegal, Gabon, Cameroon, Ghana, and Mali) with only one study site in East Africa (Tanzania) and two study sites in Southern Africa (Zimbabwe) (Table 1). Ten articles (from 15 study sites) measured responses to Pfs230 and nine articles (13 study sites) measured responses to Pfs48/45. Six studies were longitudinal studies spread over the malaria transmission season with all but one measuring responses to both Pfs230 and Pfs48/45. Studies predominantly used ELISA as the immunoassay with only one study measuring responses using protein microarrays.”

“Ten studies from across 15 study sites in Africa analyzed immune responses to Pfs230. The range of seroprevalence estimates was quite wide, ranging from 6% reported by Stone et al. in Soumousso and Dande villages, Burkina Faso (20) to 72% reported by Amoah et al. (34) (Figure 2). Significant heterogeneity was observed between the studies (I2 = 97%; 95% CI: 96–98%; p < 0.01) therefore, a pooled prevalence estimate was not calculated.”

“A total of 9 studies carried out over 13 study sites measured immune responses to Pfs48/45. The range of seroprevalence estimates reported was 0% from Stone et al.'s study sites in Burkina Faso (20) to 64% reported by Paul et al. from their study in the Makoni district in Zimbabwe (43). As with Pfs230, there was significant heterogeneity between the studies, I2 =96% (95% CI: 95–97%), and hence no pooled estimate was calculated (Figure 3).”

Copyright © 2020 Muthui, Kamau, Bousema, Blagborough, Bejon and Kapulu. This is an open-access article distributed under the terms of the Creative Commons Attribution License (CC BY). The use, distribution or reproduction in other forums is permitted, provided the original author(s) and the copyright owner(s) are credited and that the original publication in this journal is cited, in accordance with accepted academic practice. No use, distribution or reproduction is permitted which does not comply with these terms.

Regulation of Immunity to Parasitic Infections Endemic to Africa