Methods: This retrospective cohort study extracted data from the Longitudinal Health Insurance Database (LHID) of the Taiwan National Health Insurance (NHI). During 2000-2012, patients with newly-diagnosed fibromyalgia (International Classification of Diseases, Ninth Revision, Clinical Modification code 729.1) were defined as the exposure cohort. Age- and gender-matched individuals without fibromyalgia were used as the comparison cohort. The adjusted hazard ratios (aHR) for the occurrence of Sjögren’s syndrome in those with fibromyalgia were evaluated along with stratified analyses of different subgroups.

Conclusion: Patients with fibromyalgia, both males and females, have a higher risk for developing Sjögren’s syndrome than those without fibromyalgia, especially those aged 20-49 years. While managing patients, clinicians should be aware of the bidirectional association between the two diseases, which helps to understand the impact of the association on disease activity and diagnosis.

Sjögren’s syndrome is caused by inflammation of the exocrine glands. In response to inflammation of glandular cells, lymphocytes of the HLA-DR immune system infiltrate the glands, which leads to cell destruction and an imbalance of cytokines. Glandular cell destruction and impaired secreting function together produce symptoms such as pain, fatigue, xerophthalmia or mucosal surface dryness (1–3). Epigenetic dysregulation and environmental factors, including smoking or viral infections, serve as etiological factors in Sjögren’s syndrome (1, 4). Pain in Sjögren’s syndrome is attributed to nociceptive and neuropathic factors, and pain-related diseases such as fibromyalgia are prevalent in patients with Sjögren’s syndrome (2, 5).

All data analyzed in the present study were extracted from the Longitudinal Health Insurance Database (LHID), a national repository of health insurance claims. In 1995, the Taiwan government launched the National Health Insurance (NHI) program, which ensures healthcare access for more than 99% of the nation’s residents. All medical claims such as inpatient visits, admission records and therapy are collected and stored in the NHI Research Database (NHIRD). The LHID, a subset of the NHIRD containing one million randomly-selected patients from the NHI, was utilized for all data analysis in the present study. The distribution of age and gender in the LHID is similar to that in the Taiwanese population.

The diagnostic codes follow the International Classification of Diseases, Ninth Revision, Clinical Modification (ICD-9-CM). Individual identification numbers were encrypted to protect the personal privacy of subjects. This study conformed to the principles of the Declaration of Helsinki and was approved by the Institutional Review Board of China Medical University Hospital [CMUH-REC2-115(CR-4)].

This cohort study included a case cohort and a control cohort. Patients with at least two ambulatory visits or one hospital admission for fibromyalgia (ICD-9-CM code 729.1) from 2000 to 2012 were included as subjects in the case cohort. To audit the authenticity of fibromyalgia diagnosis, these patients also should have been treated with fluoxetine, duloxetine, milnacipran, pregabalin, amitriptyline or tramadol after the diagnosis of fibromyalgia. Patients never diagnosed with fibromyalgia served as the control subjects in this study. The index date for patients in the case cohort was the date of the first diagnosis of fibromyalgia; that of patients in the control cohort was a random date between 2000 and 2012. The exclusion criteria were: aged less than 18 years old and diagnosis of Sjögren’s syndrome before the index date. One control subject was matched by age, gender and index year to each case subject. All included patients were observed from the index date to the endpoint of this study (December 31, 2013), death or withdrawal from the NHI, whichever came first.

To compare the demographic characteristics, comorbidities and medications of the case cohort and the control cohort, the chi-square test was applied for categorical variables and Student t-test for continuous variables (i.e., mean age). The univariable Cox proportional hazard model was utilized to estimate the hazard ratio (HR) and 95% confidence interval (CI). HRs were adjusted by including variables found significant in the univariable model into the multivariable model. The cumulative incidence curves for Sjögren’s syndrome were obtained using the Kaplan-Meier method and examined using the log-rank test. Data analyses were carried out using SAS software (version 9.4 for Windows; SAS Institute, Inc., Cary, NC, USA). A p-value of less than 0.05 was the statistical significance threshold.

Role of the Funding Source

The Funders helped this study with access to the database and technique support in data analysis. 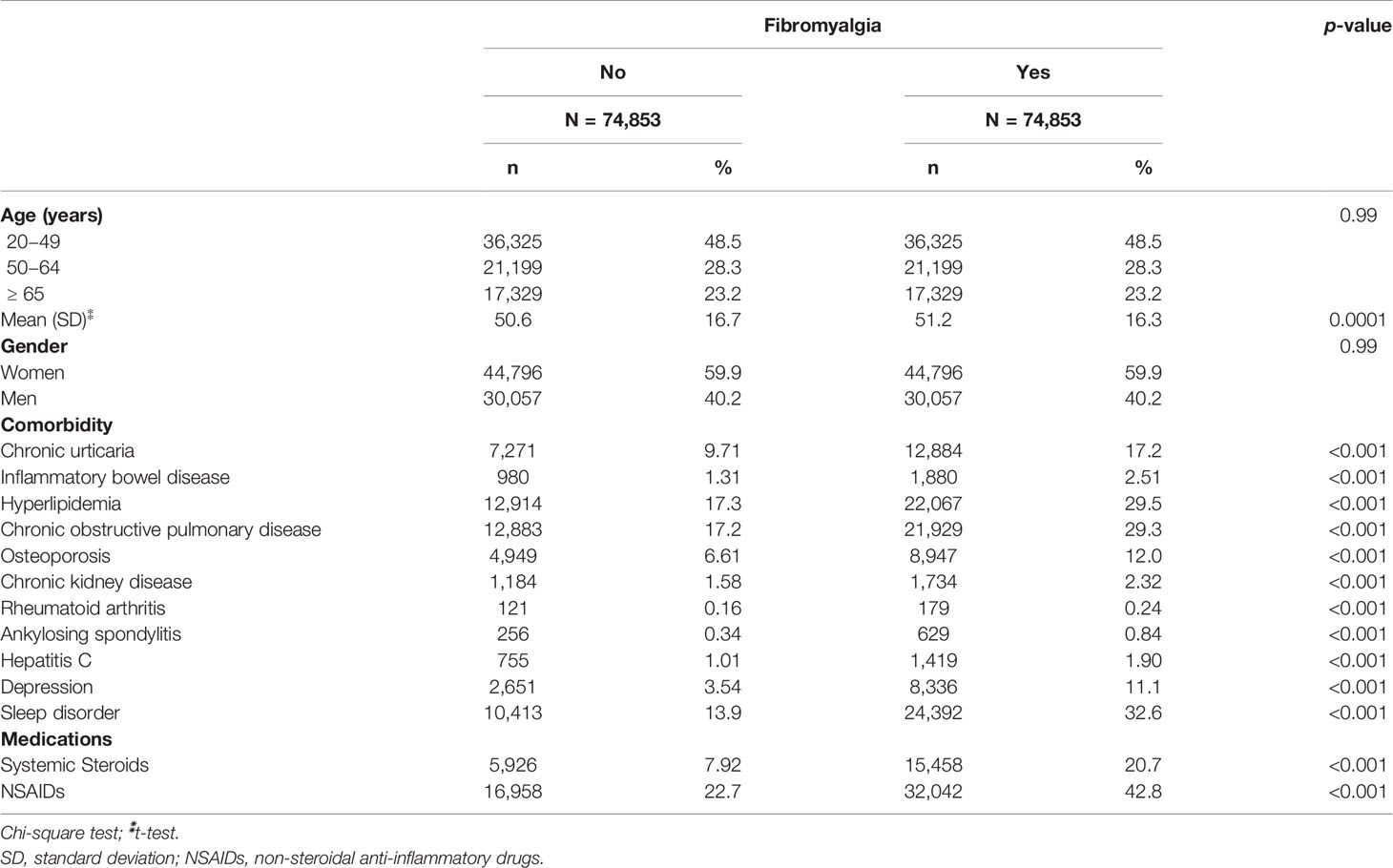 Table 1 Baseline characteristics of individuals with and without fibromyalgia. 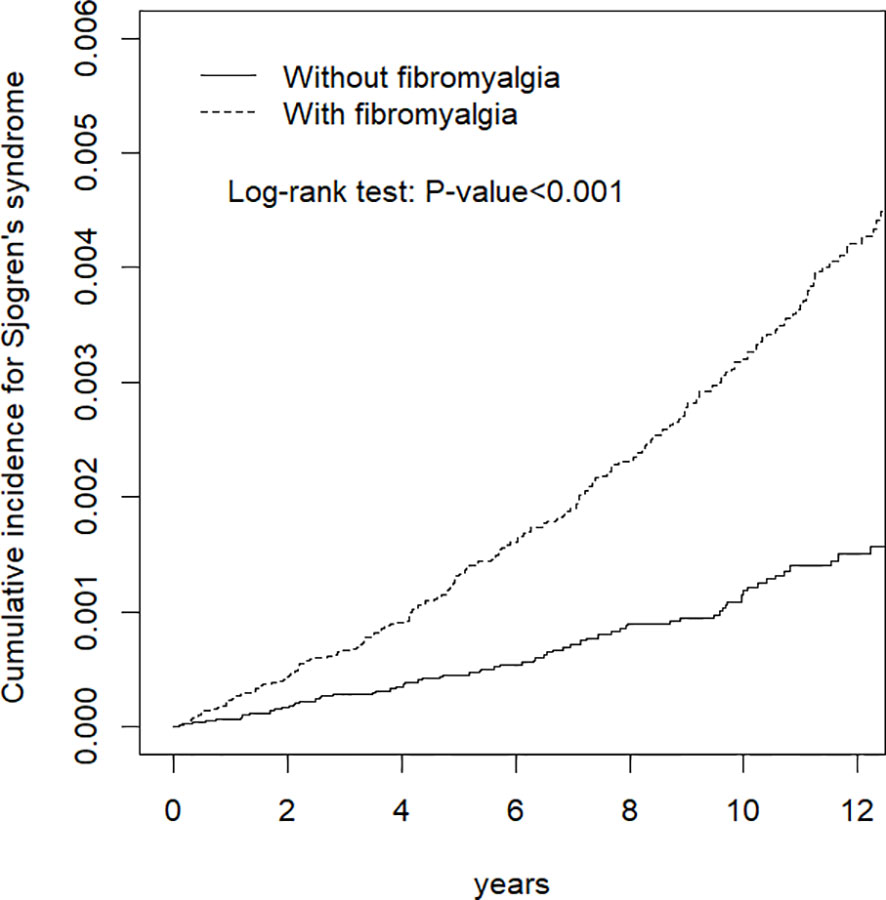 Figure 1 Cumulative incidence of Sjögren’s syndrome in adults with and without fibromyalgia. 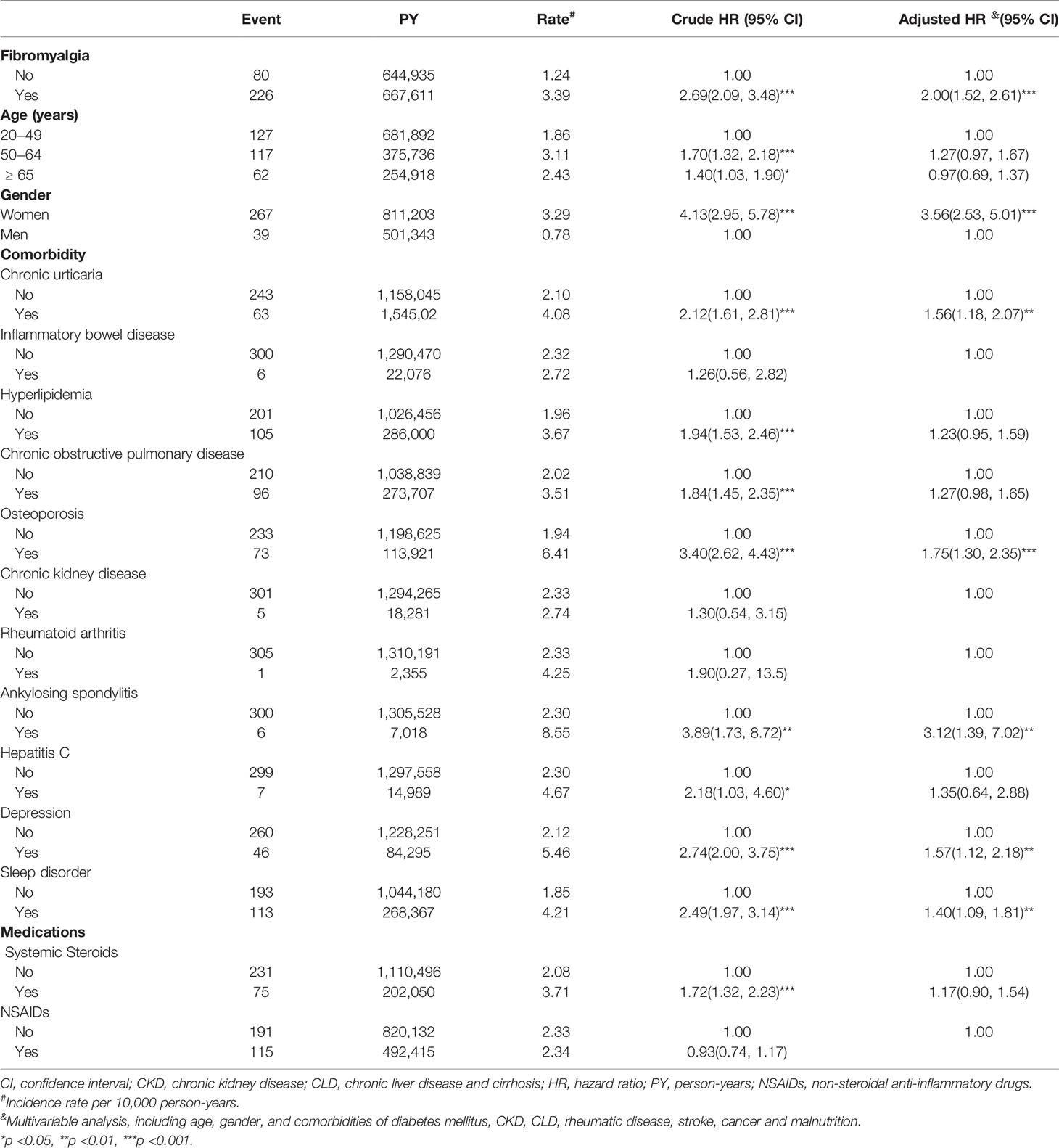 Table 2 Incidence of and risk factors for Sjögren’s syndrome. 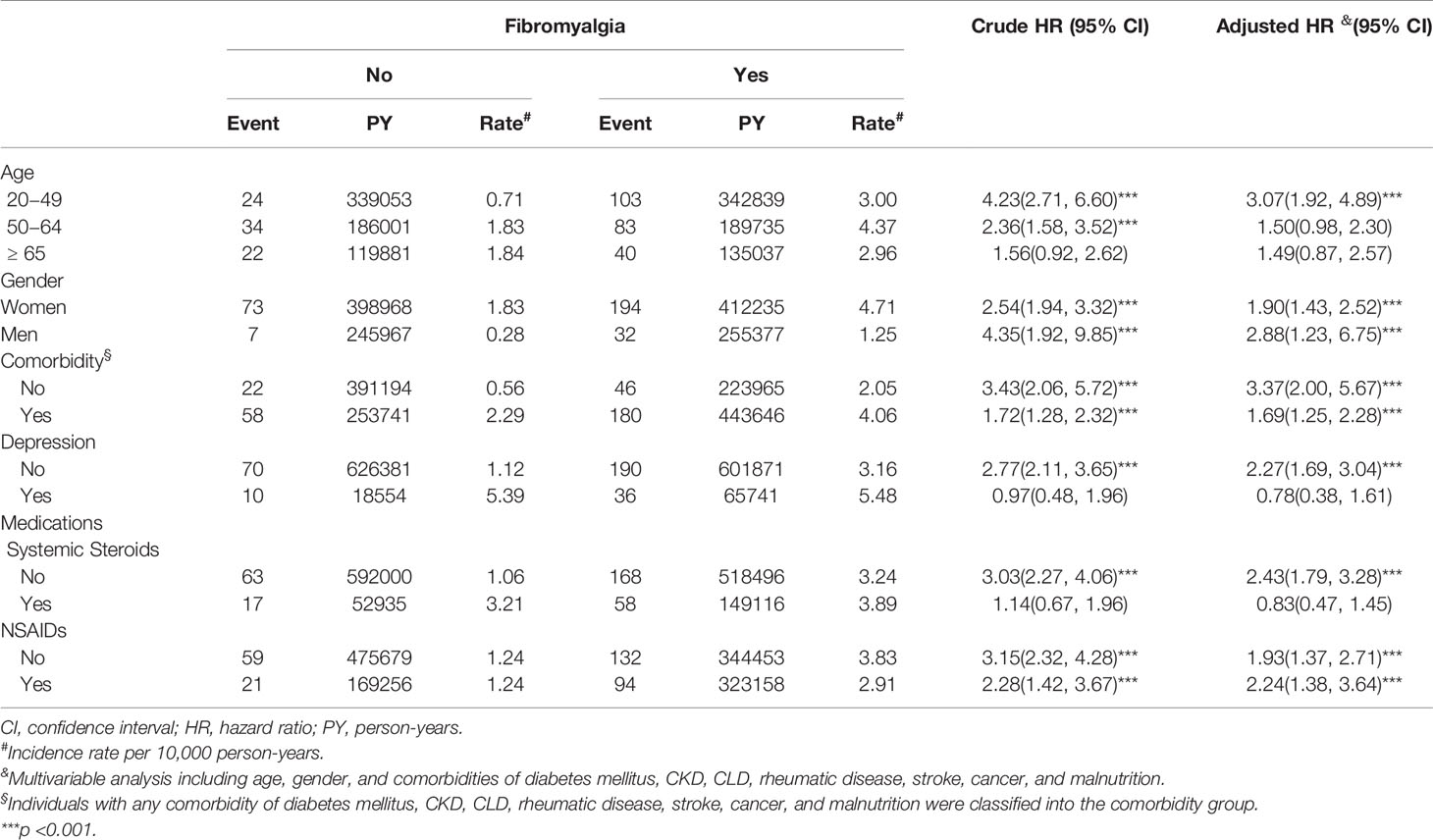 Table 3 Incidence and hazard ratios of Sjögren’s syndrome for individuals with and without fibromyalgia.

The primary strength of the present study is that it offers the first observational association between fibromyalgia and the risk for Sjögren’s syndrome. Previous studies investigating the relationship between these two diseases either lacked a control group or were subject to potential selection bias (12, 33, 34). However, these problems are overcome in the present study by utilizing the NHIRD to construct case-control cohorts. Nevertheless, this study has some limitations. First, the ICD-9-CM codes may not be precise enough to define the diagnosis of fibromyalgia, since these codes are classified as administrative data rather than prospective medical records. To avoid misclassification, six drugs commonly used to treat fibromyalgia were included as an extra criterion in the study design. Furthermore, previous studies confirmed the validity of using the ICD-9-CM code 729.1 as a basis for fibromyalgia diagnosis (35, 36). Second, residual confounders may exist. Some included patients may have an increased susceptibility for Sjögren’s syndrome because of confounders that could not be identified in the database, including psychological or infection status and individual biochemical data. However, we did attempt to match both cohorts by common comorbidities, comedications, related medical treatments and significant risk factors, including age and gender. Given the available risk factor information, we tried to minimize potential biases as much as possible. Future studies should focus on understanding the mechanism by which fibromyalgia affects the pathogenesis of Sjögren’s syndrome.

In conclusion, both males and females with fibromyalgia are at higher risk of developing Sjögren’s syndrome than the general population without fibromyalgia, especially adults aged 20-49 years. For clinicians managing patients with either fibromyalgia or Sjögren’s syndrome, the potential association between these two diseases should be considered.

Datasets from the Longitudinal Health Insurance Database (LHID) 2000 were retrieved in this retrospective cohort study, and the data are available from the Taiwan National Health Insurance (NHI) Bureau. The data areis not publicly available because of legal restrictions regarding the “Personal Information Protection Act” in Taiwan. However, requests for data can be formally sent to the NHI bureau (https://dep.mohw.gov.tw/DOS/cp-2516-3591-113.html).

This study conformed to the principles of the Declaration of Helsinki and the protocol was approved by the Institutional Review Board of China Medical University, with the IRB permit number CMUH104-REC2-115(CR-4). Individual identification numbers were encrypted to protect the personal privacy of subjects. Since data in NHIRD were de-identified, patient consent was exempted.

This study is supported in part by the Taiwan Ministry of Health and Welfare Clinical Trial Center (MOHW109-TDU-B-212-114004), MOST Clinical Trial Consortium for Stroke (MOST 108-2321-B-039-003), and the Tseng-Lien Lin Foundation, Taichung, Taiwan. The funders helped this study with access to the database and technique support in data analysis.

Copyright © 2021 Gau, Leong, Lin, Tsou and Wei. This is an open-access article distributed under the terms of the Creative Commons Attribution License (CC BY). The use, distribution or reproduction in other forums is permitted, provided the original author(s) and the copyright owner(s) are credited and that the original publication in this journal is cited, in accordance with accepted academic practice. No use, distribution or reproduction is permitted which does not comply with these terms.