The multiplicity of host-pathogen interactions associated with infectious diseases frequently necessitate the use of a complicated biological system. Therefore, animal models have contributed substantially to unraveling the physiopathology of infectious diseases. The feasibility to manipulate different animal models aids in (i) discovering the role of host or microbial factors in the infection pathogenesis, (ii) understanding different mechanisms of tissue invasion, host defense, pathogen dissemination. This Research Topic, which includes 8 high-quality research papers (7 original research articles, and 1 review), sheds the light on the use of unconventional model as a platform for advancement in infectious disease research and address novel ground-breaking findings in host-pathogen interaction studies, which paved the way for discovering new therapeutic targets and vaccine development. The most important findings are summarized in Table 1. 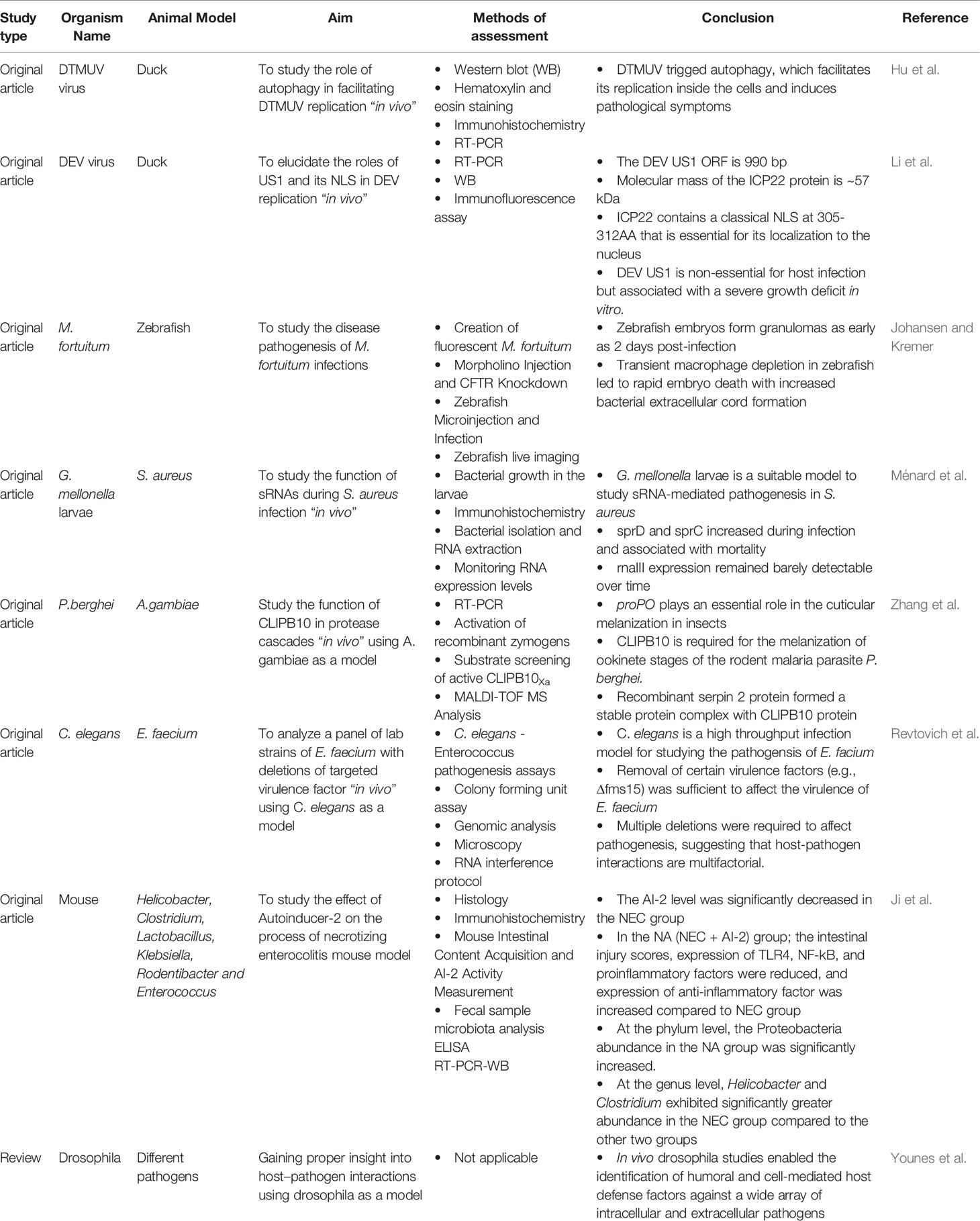 Table 1 Summary for the outcomes of all accepted articles in this special issue.

The first article focused on the role of autophagy during duck tembusu virus (DTMUV) infection using duck as a model (Hu et al.). The authors used two drugs as autophagy regulators, which are rapamycin (autophagy enhancer) and methyladenine and chloroquine (autophagy inhibitor). They discovered that DTMUV infection triggered autophagy in duck’s spleen and brain. They also demonstrated that the autophagy inhibitors suppressed DTMUV replication and reduced DTMUV-induced pathogenic symptoms. They concluded that autophagic regulation was linked to the expression of innate immunity genes such as the pattern recognition receptors, type I interferons, and cytokines.

Johansen and Kremer were able to show that zebrafish embryos are susceptible to M. fortuitum infection in a dose-dependent manner. Interestingly, they showed that M. fortuitum was able to form granulomas in embryos as early as 2 days post-infection. In addition, they noticed that transient macrophage depletion led to rapid embryo death. Interestingly, they reported that the depletion of cystic fibrosis transmembrane conductance regulator (CFTR) in zebrafish by morpholino significantly increased the mortality rate, bacterial burden, and abscess formation. This is consistent with previous studies showing that CFTR expression on both innate and adaptive immune cells contributes to immunological dysfunction in cystic fibrosis (CF) (Hu et al.; Johansen and Kremer; Li et al.; Sermet-Gaudelus et al., 2003; Bruscia et al., 2009; Bonfield et al., 2012; Richards and Olivier, 2019).

Insect models proved to be very valuable for infectious diseases studies. Ménard et al., developed a non-mammalian infection model using larval G. mellonella to investigate the function of small regulatory RNAs (sRNAs) during S. aureus infection. The authors collected total RNA from S. aureus at several time points during the infection. They concluded that the expression patterns of the examined sRNAs were distinct and fluctuated over time, with small pathogenicity island RNA D (sprD) and small pathogenicity island RNA C (sprC) expression increasing during infection and correlated with larval death. In addition, they found out that when either sprD or sprC is deleted, the decline in insect death rates is delayed. The findings of Ménard et al. shed lights on the usefulness of G. mellonella as an infection model to investigate all 50 bona fide sRNAs known to be expressed by S. aureus.

Zhang et al., also utilized insects as a model to study the function of CLIPB10 in protease cascades “in vivo”. Activation of prophenoxidase (proPO), a form of immune system regulation, leads to the formation of eumelanin on foreign microorganisms. ProPO activation is tightly controlled by different mechanisms including clip domain serine proteases (CLIPs), proteolytically inactive homologs, and serpin inhibitors. The authors studied the function of the CLIPB10 in Anopheles gambiae, which is the most common malaria vector in Sub-Saharan Africa. They reported that CLIPB10 was required for the melanization of ookinete stages of Plasmodium berghei. In addition, recombinant serpin 2 protein, a key inhibitor of the proPO activation cascade, efficiently inhibited CLIPB10 activity in vitro. The authors concluded that CLIPB10 along with CLIPB9 plays a critical role as the second protease with prophenoloxidase-activating function in A. gambiae suggesting functional redundancy in the protease network that controls melanization.

Studying enterococcal pathogenesis generally requires vertebrates’ models, making them slow, expensive, and ethically problematic (Weiner et al., 2016). Therefore, Revtovich et al., developed the first high-throughput Caenorhabditis elegans infection model. They successfully showed that E. faecium could effectively invade and colonize the intestine of C. elegans and elicit an immunological response. They used this model to examine a panel of lab strains with targeted virulence factor deletions. Although deletion of a single virulent factor such as Δfms15 was sufficient to affect virulence, multiple deletions were generally necessary to alter the pathogenesis, implying that host-pathogen interactions are multifactorial.

Autoinducer-2 (AI-2) is thought to be a bacterial interspecies signaling molecule that plays an important role in the physiological behaviors of bacteria. Ji et al., studied the role of AI-2 in Necrotizing enterocolitis (NEC) mouse model. They randomly divided C57BL/6 mice into three groups: control, NEC, and NEC+AI-2 (NA). They reported that AI-2 significantly decreased in the NEC group. In addition, the intestinal injury scores, expression of TLR4, NF‐kB, and proinflammatory factors were reduced in the NA group, whereas the expression of anti-inflammatory factors was increased in the NA group. They concluded that AI-2 partially reverses flora disorder and decreases inflammation in an NEC mouse model.

Younes et al., review discussed the use of drosophila in host–pathogen interaction research. Drosophila has recently gained a lot of attention due to the evolutionarily conserved features with higher vertebrates, such as cascades of the innate immune, pathways of signal transduction, and transcriptional regulators. The versatility, low cost, affordable maintenance, short life cycle, high fecundity, well-characterized genome made drosophila one of the most powerful model species (Younes et al.).

NY: drafted the editorial. GN: designed the work, revised the editorial critically for important intellectual content and provided final approval of the version to be published. All authors contributed to the article and approved the submitted version.

Copyright © 2021 Younes and Nasrallah. This is an open-access article distributed under the terms of the Creative Commons Attribution License (CC BY). The use, distribution or reproduction in other forums is permitted, provided the original author(s) and the copyright owner(s) are credited and that the original publication in this journal is cited, in accordance with accepted academic practice. No use, distribution or reproduction is permitted which does not comply with these terms.