Introduction: Sleep disorders can affect the overall health and quality of life of patients. This study was conducted to compare the differences of sleep disorders in vestibular migraine (VM) patients and benign paroxysmal positional vertigo (BPPV) patients.

Vestibular migraine (VM) is a headache disorder with symptoms such as vertigo or dizziness (vestibular symptoms) and is very sensitive to light/sound, headache, and nausea (migraine symptoms) (4). The pathogenesis of VM is still not clear. According to the pathogenesis of migraine, many researchers believe that both peripheral and central vestibular systems have an important role in the onset of VM (5). Benign paroxysmal positional vertigo (BPPV) is viewed as the most common form of peripheral vertigo. In recent decades, many theories have been developed to explain the pathogenesis of BPPV, but it is generally accepted that the abnormal blood supply of the inner ear may be the cause of most primary BPPV (6). No matter what the pathogenesis of BPPV is, it is clear that BPPV also belongs to peripheral vestibular disease.

Both VM and BPPV are viewed as paroxysmal vertigo in clinical practice, but the pathogenesis of these two diseases is different (7, 8). Meanwhile, the time and characteristics of vertigo attacks are also different between VM and BPPV (9, 10). Generally speaking, VM and BPPV are the most common dizziness/vertigo diseases; thus, it is of clinical significance to compare the sleep status of these two diseases. In this study, we recruited patients with VM and patients with BPPV to observe their sleep status. We used both subjective and objective sleep quality evaluation methods to assess their characteristics of sleep disorders, sleep microstructure, and sleep-related diseases.

VM patients and BPPV patients were recruited from the vertigo center of our hospital from December 1, 2016, to May 31, 2017. Meanwhile, healthy controls (HCs) were recruited from the Medical Examination Center of our hospital. Patients were excluded if they: (i) had a clear history of central vestibular injury (such as stroke, multiple sclerosis, neuromyelitis optica, etc.), (ii) were drug and alcohol abusers, (iii) received sedative drugs (benzodiazepines, barbiturates, and other drugs that might affect the central system) 1 week before enrollment, (iv) had anxiety/depression symptoms or a history of mental illness, (v) had a diagnosed insomnia and were unable to complete sleep monitoring, (vi) had severe medical diseases or specific diseases affecting the quality of sleep, (vii) were unable to cooperate with the assessment or inspection, and (viii) had trauma and recent operation (within 3 months).

The polysomnography was performed using a polysomnography monitor (Nicolet v32, Natus Medical Incorporated, Pleasanton, CA, USA). BPPV patients were evaluated in the recovery period of complete vertigo remission, and VM patients were evaluated in the intermission period of vertigo attacks. All participants were evaluated at the sleep electroencephalogram center monitoring room of our hospital, and the sleep was not affected by the outside world. The monitoring time was from 9:00 p.m. to 6:00 a.m., and the bed rest time was more than 7 h. Coffee, coke, tea, painkillers, and cold medicines were prohibited from the day before the examination. The monitoring indexes included electroencephalogram, electrooculogram, thoracic and abdominal respiratory movement, transcutaneous oxygen saturation, and heart rate.

Physiological Parameters of Sleep and Its Definitions

The Apnea–Hypopnea Index (AHI) and Periodic Leg Movement in Sleep (PLMS) are also recorded. Normally, both the numbers of AHI and PLMS are less than five times/hour in a normal population. The obstructive sleep apnea hypoventilation syndrome (OSAHS) is diagnosed with the number of AHI ≥ 5 and snoring, daytime sleepiness, sleep apnea, and other clinical symptoms. The OSAHS is considered as mild (5 ≤ AHI < 15), moderate (15 ≤ AHI < 30), and severe (AHI ≥ 30). The PLMS mainly appears in shallow sleep periods, especially in the N1 and N2 stages, which is characterized by periodic episodes of highly and repetitive stereotypical movements of the lower extremities. The PLMS is diagnosed with the number of limb movements ≥ 4, 20–40-s interval, and 0.5–5-s lasting time.

All analyses in this study were conducted using SPSS 22.0 software. P < 0.05 was set to be significantly different. Continuous variables were expressed as mean ± standard deviation, and counting variables were presented as frequency and percentage (12, 13). The Student's t-test, nonparametric Mann–Whitney U-test, or one-way analysis of variance was used to analyze the continuous data (14–16). If a significant difference was found in one-way analysis of variance, post-hoc Bonferroni correction was used to find out which groups differed significantly (17). The Chi-square test was used to analyze the counting data. 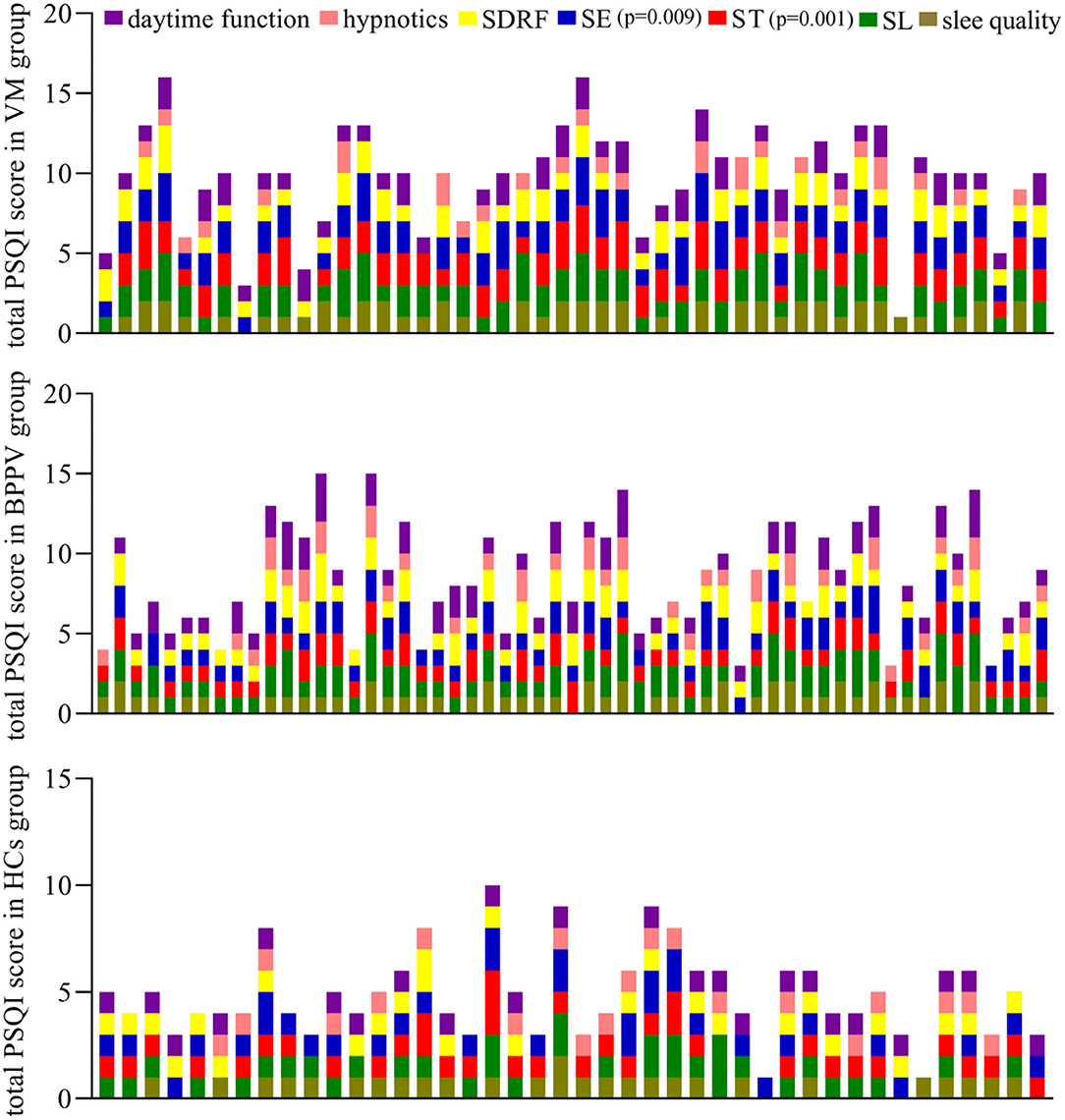 Table 2. Number of patients with abnormal factor in three groups.

At present, there is no accepted epidemiological data on the incidence rate of sleep disorders. Previous studies reported that the incidence rate of sleep disorders in people older than 18 years in China was 11.6–29.38% (18–20). Zeitlhofer et al. conducted an international survey of insomnia and found that approximately 30% of the general population had sleep disorders (21). Here, the proportion of patients with sleep disorders was significantly higher in both the BPPV group and the VM group than in the HC group. In this study, according to the PSQI score, 79.16% of VM patients, 54.39% of BPPV patients, and 14.28% HCs had sleep disorders. Meanwhile, the patients in both the BPPV group and the VM group had significantly lower total ST and SE and significantly higher WASO, number of wake-ups, and N1 (%) compared with the HC group. Therefore, clinicians should consider the sleep quality of VM patients and BPPV patients when making a treatment plan.

In this study, we found that the proportion of patients with sleep disorders was significantly higher in the VM group than in the BPPV group. The patients in the VM group had significantly lower SE, N3, and REM and significantly higher WASO, N1 (%), and N2 (%) compared with patients in the BPPV group. The PSQI score used here is the score index of sleep conditions in recent 1 month (22). However, according to the characteristics of BPPV, the occurrence of sleep disorders is longer than the onset time of BPPV. Many included BPPV patients reported that they experienced sleep disorders before the BPPV was diagnosed. Therefore, sleep disorders might be a risk factor for BPPV, but this hypothesis was needed in future studies to validate through exploring the sleep condition before the onset of BPPV.

Both VM and BPPV were recurrent and paroxysmal vertigo, but these two similar diseases had different pathogenesis (7, 8). In BPPV, the otolith abscission and displacement could produce mechanical stimulation on the semicircular ampullary ridge, which finally resulted in vertigo (23). However, in VM, some researchers believed that the disorder of the central nervous system (CNS) functions increased the excitability of trigeminal caudate nucleus, solitary tract nucleus, and vestibular nucleus, which finally resulted in vertigo (24), and some researchers assumed that the abnormal trigeminal neurovascular pathway caused the asymmetric release of neurotransmitters, such as serotonin and norepinephrine, on both sides of the vestibule, which finally resulted in vertigo (25). Thus, the different pathogenesis might be the cause of the different incidence rates of sleep disorders between VM and BPPV.

The proportion of patients with OSAHS was significantly higher in both the BPPV group and the VM group than in the HC group. OSAHS is a disease with a high incidence rate and great harm. Han et al. found that the positive rate of caloric tests in OSAHS patients was quite high (26), which indicated the high incidence rate of vestibular dysfunction in OSAHS patients. Patients with OSAHS might have intermittent hypoxia, which could result in abnormal dopamine metabolism. The vestibular nerve and parabrachial nucleus have a role in dopamine metabolism (27). These results suggested that there might be a close relationship between OSAHS and VM/BPPV, and clinicians should pay attention to the comorbidity of OSAHS in the diagnosis and treatment of patients with vertigo.

There were 10 VM patients who experienced PLMS in this study. Telles et al. reported that spinal cord injury might be a trigger to develop PLMS (28). The CNS is very important to our health (29–31); its lesions cause the spinal cord to lose the inhibitory effect of the pyramidal tract, which results in the occurrence of PLMS originating from the upper segment of the spinal cord. Some studies suggested that the production of PLMS was dominated by the pontine level and above the nervous system (32, 33). Almost all the theories about the pathogenesis of PLMS tend to think that it is caused by central abnormalities. The high incidence rate of PLMS might be related to the pathogenesis of VM. Although the pathogenesis of VM was still unclear, these results showed that the CNS might have an important role in the onset of VM.

Some shortcomings in this study should be mentioned here: (i) the number of included participants was relatively small, which made our findings needing future studies to validate further and support (34, 35); (ii) all of the included BPPV and VM patients were from the same place, which could limit the applicability of our results; (iii) we only explored the sleep disorders of two kinds of neuropsychiatric disorders; neurotologists should further investigate the sleep problems of patients with other neuropsychiatric disorders, such as depression (36–38); (iv) sex and age were two mainly confounding factors in life science researches (39–41). In this study, limited by the relatively small sample size, we did not analyze whether there were sex- or age-specific sleep disorders in patients with VM or BPPV; this point was worthy of further investigations.

The studies involving human participants were reviewed and approved by Ethical Committee of Baotou Central Hospital. The patients/participants provided their written informed consent to participate in this study.

HX, BW, TM, and WX conceived and designed the study. HX, SZ, and QW performed the experiments. BW, XZ, and MK analyzed the data. HX, TM, and WX wrote the paper. All authors have read and approved the final version of this manuscript.

Copyright © 2021 Xue, Wang, Meng, Zhao, Wang, Zhang, Kang and Xiang. This is an open-access article distributed under the terms of the Creative Commons Attribution License (CC BY). The use, distribution or reproduction in other forums is permitted, provided the original author(s) and the copyright owner(s) are credited and that the original publication in this journal is cited, in accordance with accepted academic practice. No use, distribution or reproduction is permitted which does not comply with these terms.