Global warming has become a topic of general concern worldwide (Duan et al., 2019). For instance, rapid urbanization in China has caused the country’s energy consumption to rise from 602 million tons of standard coal equivalent in 1980 to 4.86 billion tons in 2019. Simultaneously, China’s carbon emissions reached 9.839 billion tons in 2019, accounting for 27.20% of global carbon emissions. The average annual growth rate of carbon emissions in China is 5.68%, with more than half of all emissions being caused by human activities (Edenhofer and Seyboth, 2013). With the rapid growth in Chinese residents’ income, the consumer goods sector has become the second-largest consumer of energy after the industrial sector, making it a significant source of carbon emissions (Tong and Zhou, 2020).

Responding to the international trend of energy conservation and emissions reduction, China pledged at the Copenhagen Climate Conference in 2009 to reduce carbon emissions by 40–50% by 2020. Reducing carbon emissions will promote the sustainable development of the Chinese economy and provide an opportunity to focus on high-quality development. To achieve China’s carbon emissions by 2020, five provinces—Guangdong, Shaanxi, Liaoning, Hubei, and Yunnan—and eight cities—Tianjin, Chongqing, Shenzhen, Xiamen, Hangzhou, Nanchang, Guiyang, and Baoding City—launched LCPPs in 2010. In 2012 and 2017, respectively, the second and third groups of low-carbon pilot cities were announced. Given that the first group of pilot cities comprised provincial administrative units, the second and third batches comprised more conventional cities. The programs were targeted at Chinese households. This study employed data from the Chinese Household Finance Survey (CHFS); however, the survey dataset only specifies the province from which a sample is taken, and not the city. Therefore, we selected the first group of pilot provinces to construct our sample data for low-carbon pilots.

The LCPP involves three specific tasks: setting targets for energy conservation and emission reduction, formulating supporting policies for low-carbon development, and advocating a low-carbon and green lifestyle. Based on the requirements of the LCPP and drawing on the research results of Grossman and Krueger (1995) and Auffhammer et al. (2016), our discussion begins with the consumption effect (influencing energy consumption) and structural effect (controlling household consumption) of the LCPP. These two aspects constitute the mechanism whereby LCPPs affect household carbon emissions.

Therefore, we propose the following hypotheses:

H1: The implementation of LCPPs will promote the reduction of household carbon emissions;

H2: The implementation of LCPPs will reduce household carbon emissions by optimizing the household consumption structure.

H3: The impact of LCPPs on household carbon emissions is still heterogeneous.

LCPP (Policy) is the core explanatory variable of our study. The average value of the province’s implementation of the LCPP in the current year and subsequent years is 1; otherwise, it is 0. Our study drew on the research methods of Cheng et al. (2019) and Song et al. (2019). If a province implements an LCPP, all areas of the province will be subject to the policy simultaneously. Because the second and third groups of pilots included mainly cities, the CHFS only specifies the provinces from which the household samples were taken. Therefore, our study included the five provinces—Guangdong, Shaanxi, Liaoning, Hubei, Yunnan, and two cities—Tianjin and Chongqing in the first group of pilot projects target samples for the final low-carbon pilot.

To control the impact of other factors on household carbon emissions, we included the measurement model, the core explanatory variable of LCPP. We also incorporated control variables, including the age of the head of the household (age), the education level of the head of the household (education), family size (family size), house area (house area), whether to migrate (migrate), the urban-rural difference (urban), and family’s region of residence (region). The age measures the age of the head of the household in years of the respondent. The respondent’s education level measures the education level of the head of the household (primary school and below = 0, junior high school = 1, high school = 2, junior college and above = 3); family size is measured as several members in the same household. The number of residents (persons) is estimated; the area of a family’s house is expressed in (square meters). Whether migration occurs is measured by whether the family lives in the location where their household is registered (yes = 1, no = 0). Urban and rural are measured by whether the family’s residence is in a city (yes = 1, no = 0). The family region is measured by the region in which the family resides (eastern = 0, central = 1, western = 2). 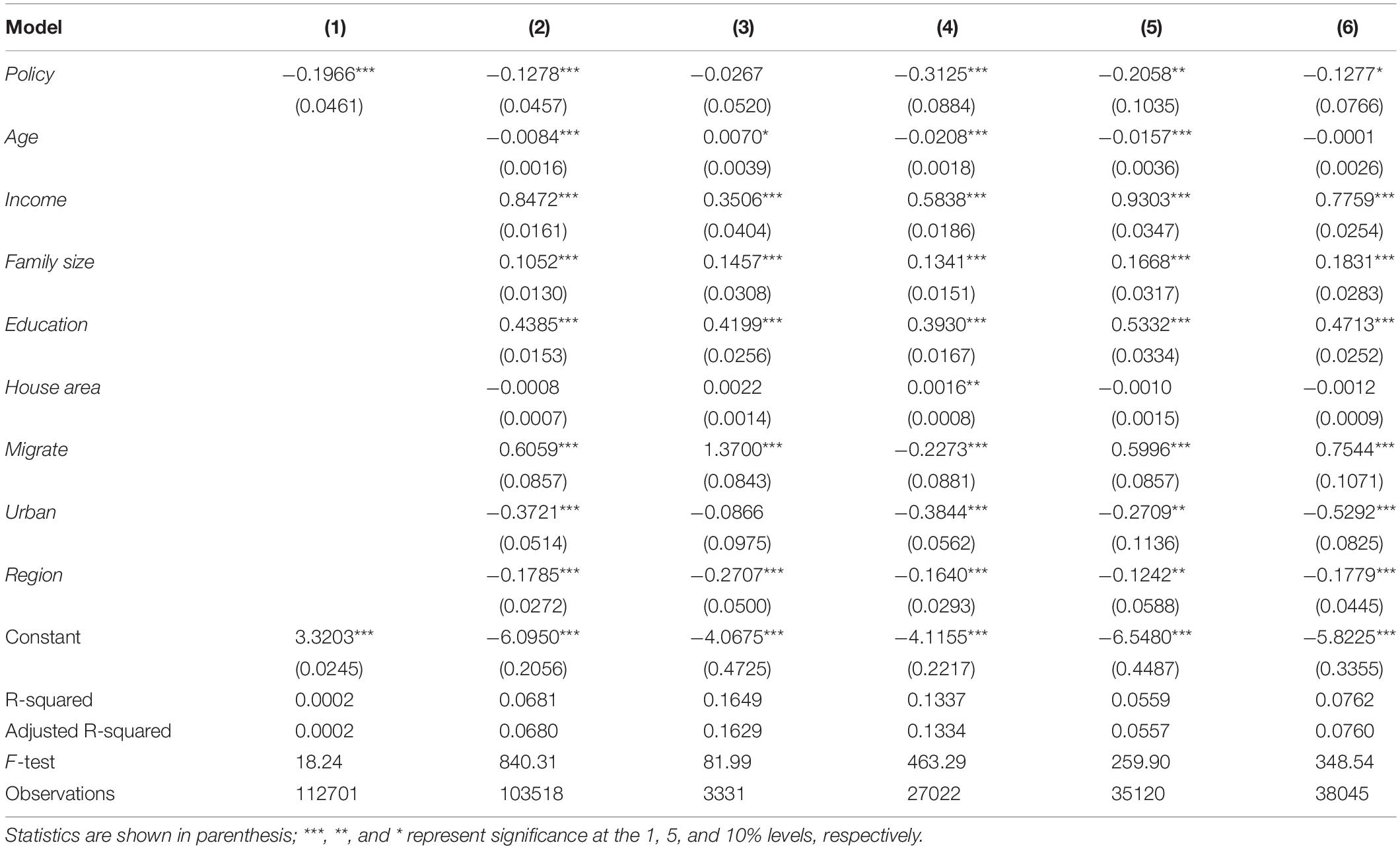 The first stage is the impact of LCPPs on household consumption structure. Based on Formula 1, the following mediating effect model was constructed.

Formula 5 str represents the household consumption structure, and the remaining variables are consistent with those expressed in Formula 1.

In the second stage, a model (Formula 6) is built based on Formula 5 to verify the impact of LCPPs on household carbon emissions through household consumption structure. 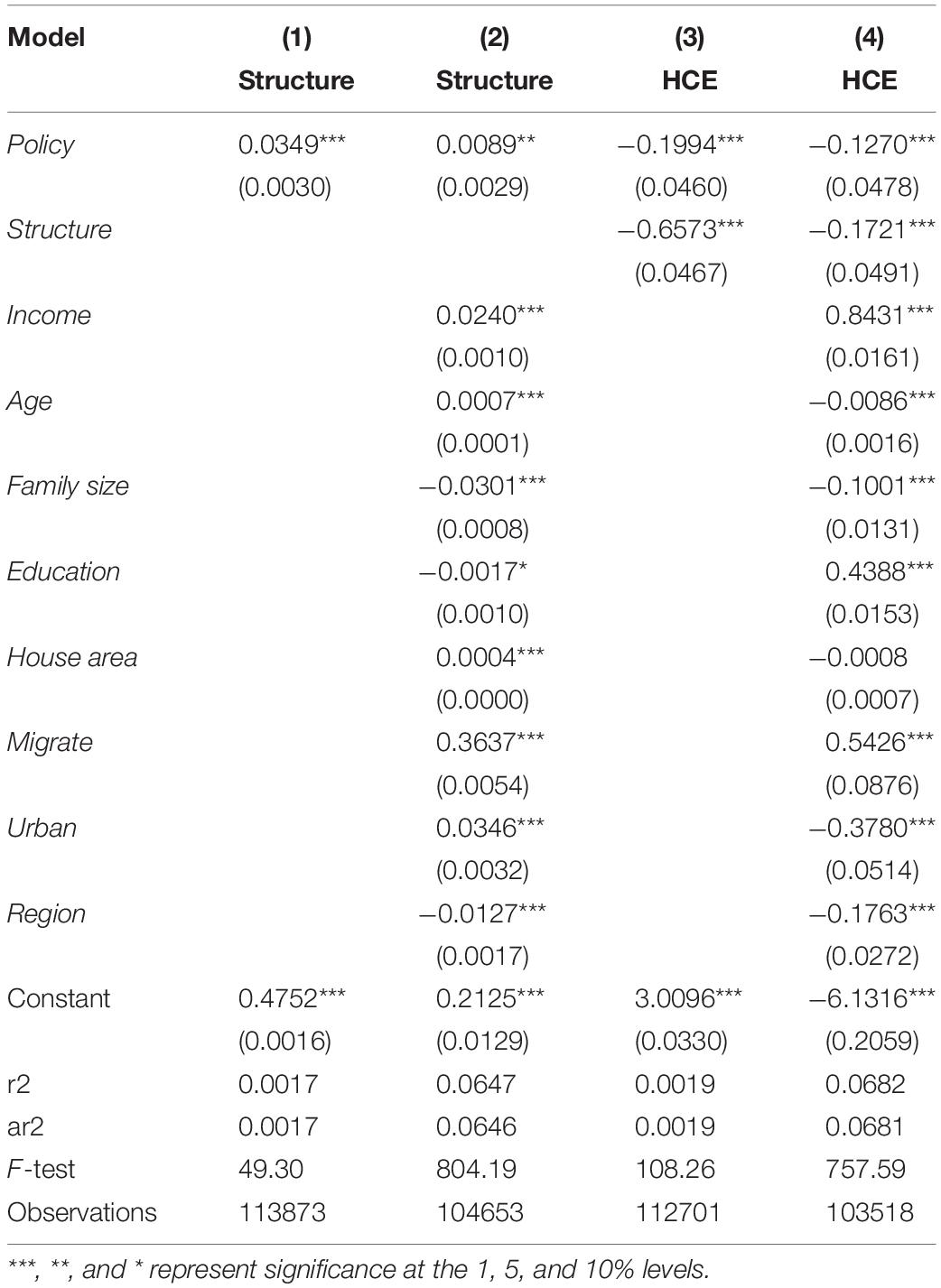 Table 3. Testing the impact mechanism of LCPPs on carbon emissions. 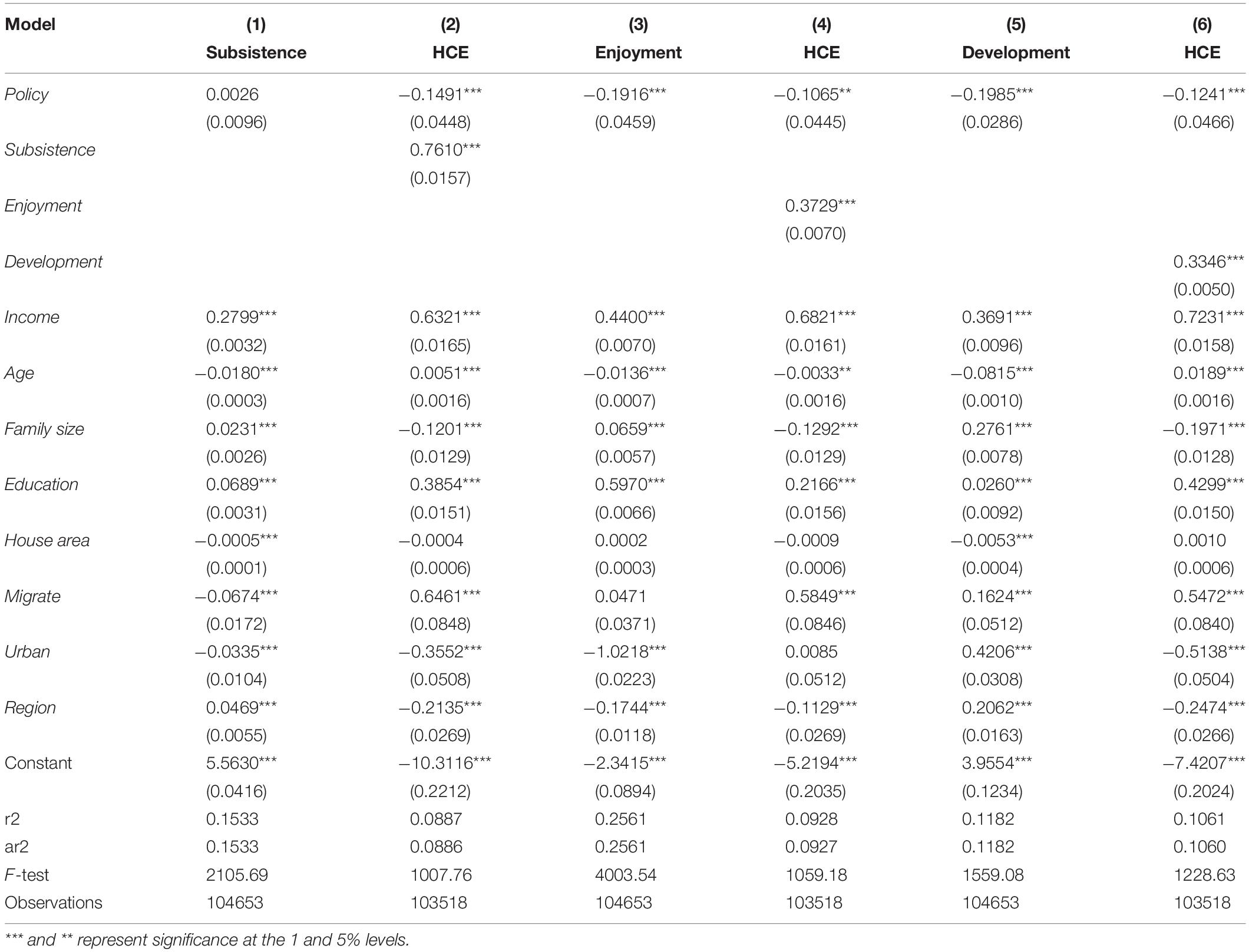 Table 5. Heterogeneity of impacts of LCPPs on household carbon emissions.

To strengthen the persuasiveness of conclusions about how LCPPs reduce household carbon emissions, we used the propensity score matching method to match cities with implemented LCPPs with those that have not so that endogenous low-carbon emissions could be determined. The effects of the implementation of LCPPs are shown in Table 6. 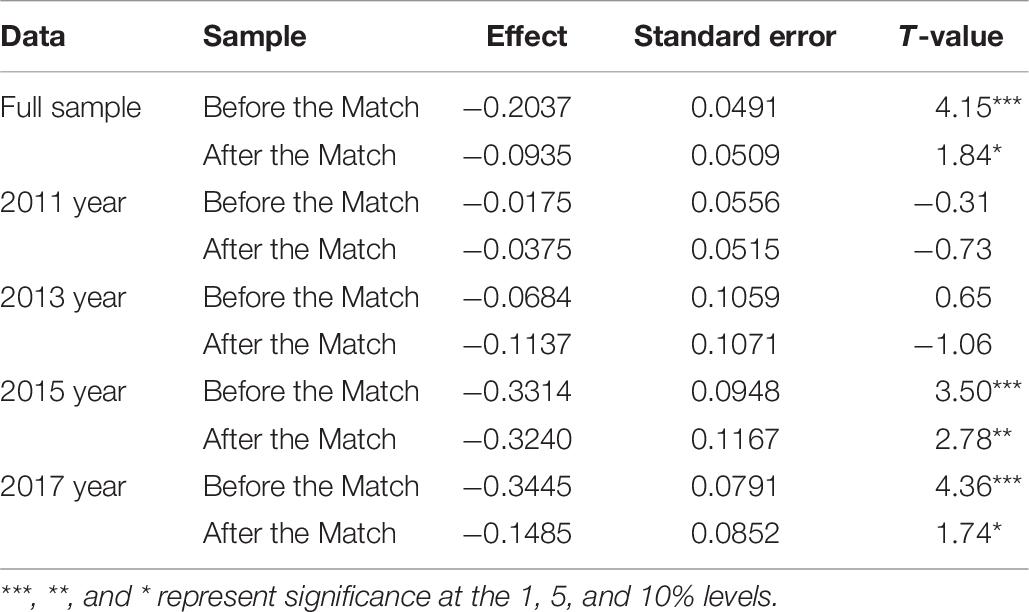 There are significant differences in the natural resource endowments and economic development levels of different regions. To further discuss the implementation effects of LCPPs, we draw on Song et al.’s (2020) method and apportion the household sample into three regions: east, middle, and west. Regression results associated with regional differences are shown in Table 7, with Column 1 listing the result for the eastern household sample, Column 2 the result for the central household sample, and Column 3 the result for the western household sample. From the results of the regional differences in Table 7, we see that the LCPP negatively impacts household carbon emissions in the eastern and central regions, passing the 1% significance level test. However, the impact of the LCPP on household carbon emissions in the western region is negative and failed the significance level test. A possible explanation for this result is that the eastern and central areas are relatively insufficient in resources. Conversely, the western region is relatively rich in resources, making it easier for families in the western region to rely on natural resources and fall into the “resource curse” dilemma, which will inhibit the impact of LCPPs on their household carbon emissions. 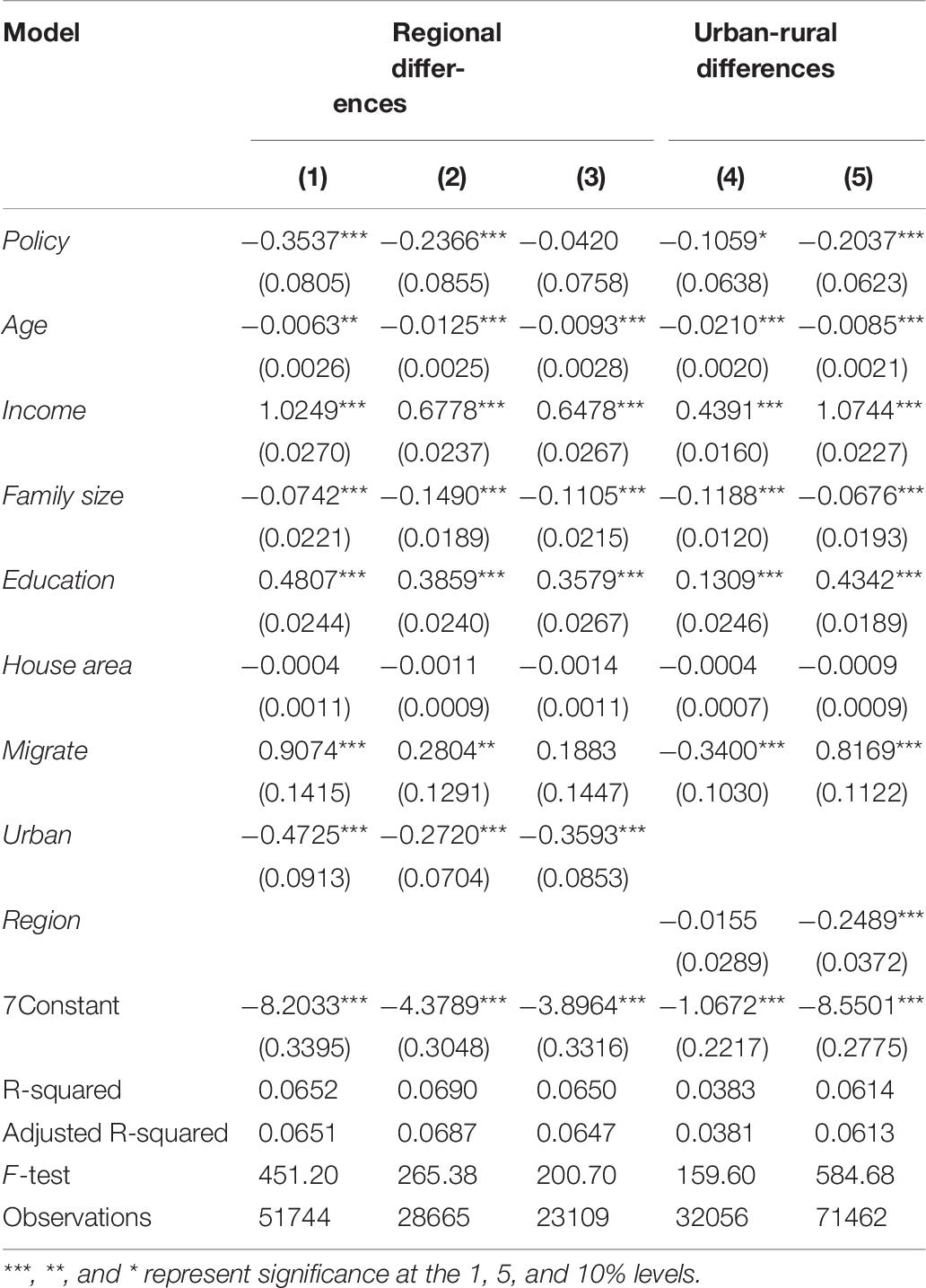 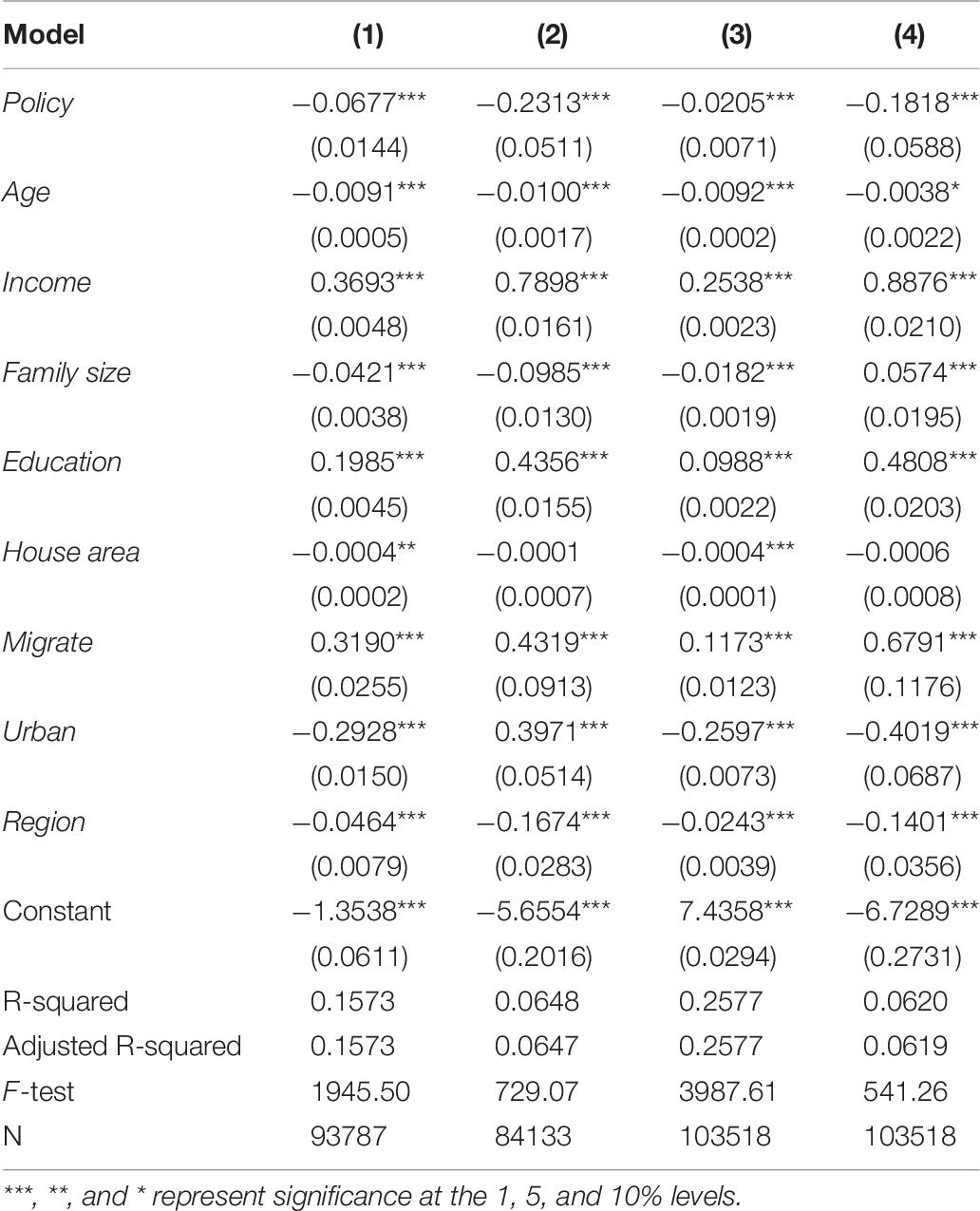 The estimated results in Columns 1 through 4 of Table 8 show that LCPPs negatively impact household carbon emissions, and all results passed the 1% significance test. The estimated coefficient of emissions is substantially the same as the initial analysis. This supports the robustness of the finding that LCPPs can help reduce household carbon emissions, supporting the previous results.

(2) Promote household energy conservation and emissions reduction per local conditions. Our research demonstrates that LCPPs affect household carbon emissions by influencing household consumption structure. This means that when implementing LCPPs, local governments can promote household energy conservation and emissions reduction by guiding households to adopt low-carbon lifestyles. Therefore, in implementing LCPPs, local governments should create specific policies consistent with their economic development strategies and levels based on households’ characteristics in the region and the prevailing status of carbon emissions. That there are significant differences in the impact of LCPPs on the carbon emissions of different sample households. For relatively small western regions and rural areas, but for eastern and central areas and urban households, LCPPs should continue to be implemented.

This work was supported by the National Natural Science Foundation of China (Grant No. 715103173) and the Shandong Province Social Science Planning Research Special Subject (Grant No. 20CSDJ48).

Copyright © 2021 Sun and Wang. This is an open-access article distributed under the terms of the Creative Commons Attribution License (CC BY). The use, distribution or reproduction in other forums is permitted, provided the original author(s) and the copyright owner(s) are credited and that the original publication in this journal is cited, in accordance with accepted academic practice. No use, distribution or reproduction is permitted which does not comply with these terms.