Thrust-to-weight ratio is a comprehensive index to measure the performance level and working ability of aero engines. One of the main ways to improve the thrust-to-weight ratio of modern aero engines is to increase the outlet temperature of the combustion chamber (Zhang et al., 2019). As the temperature rises, turbine blades and vanes need to bear a greater thermal load. The huge thermal gradient causes severe thermal stress and strain on the blades, which greatly reduces the creep life of the blades, and leads to ablation, fracture and failure of the blades (Marahleh et al., 2006). Real-time monitoring and obtaining accurate combustion chamber outlet temperature can respond to local temperature sudden changes in the engine in a timely manner, which is of great significance for the safety of aero-engine operation and prolonged service life (Li et al., 2006; He et al., 2019; Gamil et al., 2020).

In the radiation image method for temperature measurement, as shown in Figure 1, an ideal thin lens model can be used to describe the imaging process of light from the object space passing through the lens to the camera detector pixels. The light entering the camera is characterized by the line between the center of the CCD pixel and the optical center of the lens. Considering that the flame is a semi-transparent object, the light will pass through the flame. When the deflection effect of the flame refractive index gradient on the light is not considered, the radiation of the flame voxel through which the light passes all contributes to the gray value of the pixel. Therefore, it is necessary to record the number of flame voxels that each detection light passes through, and the distance traveled in the voxel. According to the generalized source term finite volume method (Zhang et al., 2017), the radiation energy received on each pixel can be calculated by the following formula: 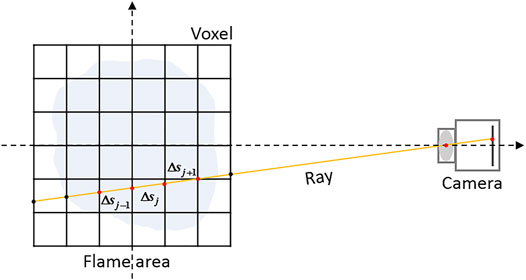 Each detected light of the camera can establish as an equation using Eq. (1), then all detected light of the camera can form reconstruction equations. The generalized source term distribution can be obtained through the inversion calculation of the reconstruction equations. After substituting the generalized source term, the finite volume method can be used to calculate the black body radiative intensity of each flame voxel, and then the temperature of each flame voxel can be obtained by Planck’s law.

where is the coefficient matrix of the reconstruction equations, which is related to the flame extinction coefficient and the optical path of the light passing through the voxels. is the generalized source term vector. is the flame radiative intensity distribution received by the CCD camera. and are the total number of detected lights and flame voxels. 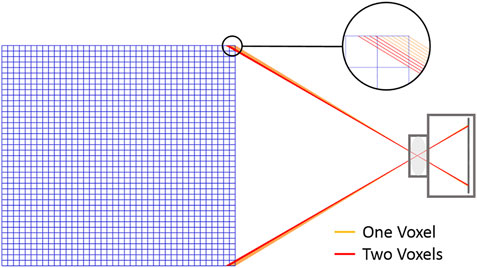 FIGURE 2. The schematic diagram of light propagation in the flame voxel. 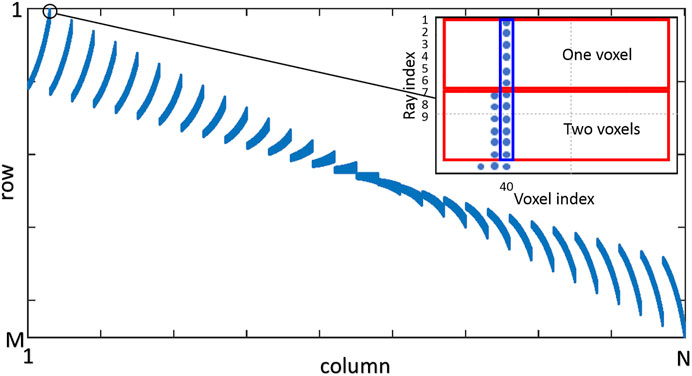 FIGURE 3. The schematic diagram of the element characteristics of the coefficient matrix . 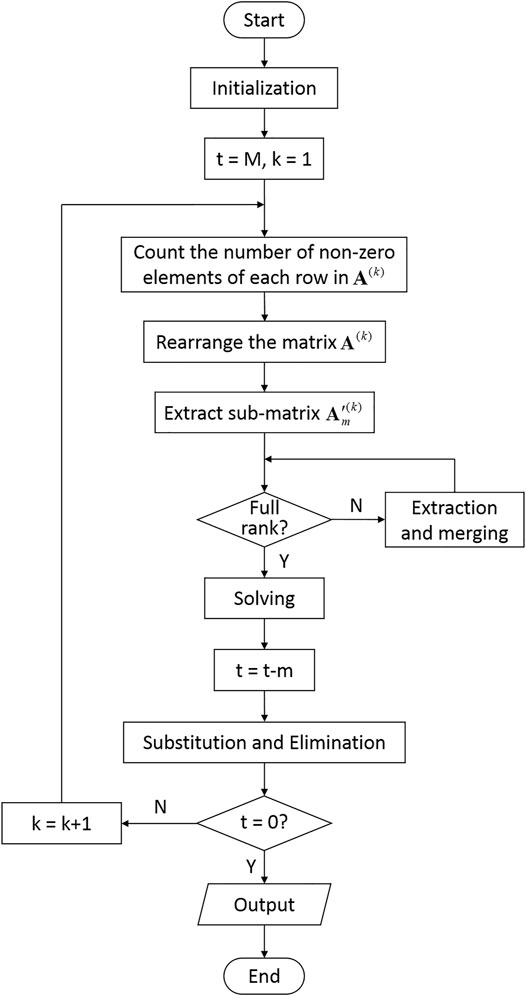 FIGURE 4. The flowchart of the direct solution algorithm.

Step 1. Input the coefficient matrix and count the number of non-zero elements and corresponding positions in each row.

Step 3. Extract the row vectors containing the least specific non-zero element from the matrix to form the solving sub-matrix , and the remaining part form the candidate sub-matrix . 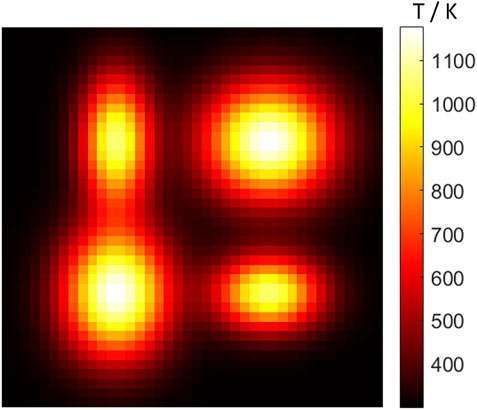 FIGURE 5. The original temperature distribution of the 2D four-peak flame. 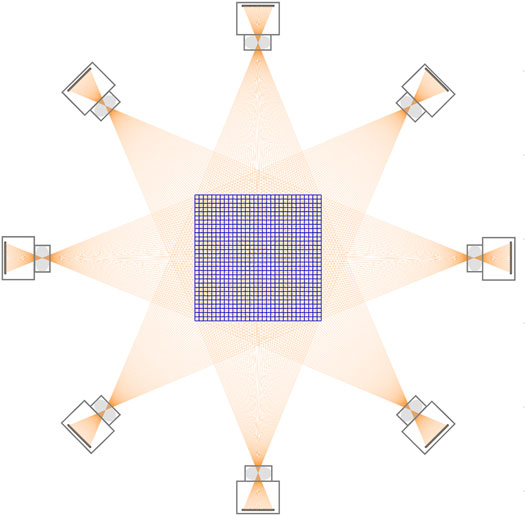 FIGURE 6. The schematic diagram of the layout of the eight linear camera system.

According to the arrangement of the camera system and the flame, the flame image of each camera, as shown in Figure 7, is obtained through the calculation of the radiative transfer equation and the reverse tracing of the light. The light that does not pass through any flame voxel is removed to obtain the number of effective rays is 28,304. Thus the scale of the reconstruction coefficient matrix is 28,304 1,600, in which the proportion of non-zero elements to the total elements is 2.46%, the rank of the coefficient matrix is 1,600, and the condition number is 526.13. It can be seen that the reconstruction equations are a typical large-scale sparse ill-conditioned equation system. Since the traditional general solution algorithms do not take into account the characteristics of the reconstruction coefficient matrix, they cannot give full play to their advantages.

FIGURE 7. The Schematic diagram of the layout of the 8 linear camera system.

The case was implemented using MATLAB code, and the developed program was executed on an Intel(R) Core(TM) i9-10940X CPU @ 3.30 GHz PC. The temperature distribution of the above-mentioned four-peak flame is reconstructed according to the measured flame image using SART, LSQR, NNLS, and Direct Solution algorithm, respectively. The calculation efficiency and accuracy results are shown in Table 1. It can be seen from the table that the reconstruction accuracy of the Direct Solution algorithm is better than the SART and LSQR algorithms and slightly worse than that of the NNLS algorithm in the three reconstruction quality evaluation indicators. This is because the Direct Solution algorithm uses the LSQR algorithm to calculate the small-scale equations, and the NNLS algorithm performs non-negative constraints on the calculation results based on the physical characteristics of the flame so that the method can avoid some local optimal solution that do not conform to the laws of physics.

TABLE 1. The comparison of reconstruction performance of different algorithms.

Influence of the Grids Number

The size and temperature of the flame area are kept unchanged, and the discrete grids of the flame area is set as 10 × 10, 20 × 20, 40 × 40, and 80 × 80, as shown in Figure 8. In this case, all the camera and lens parameters are kept unchanged. The total number of the detected light is 32,768. After ray tracing, the rays that do not pass through any flame control body are eliminated, and the number of effective rays under the four grids is 28,304. 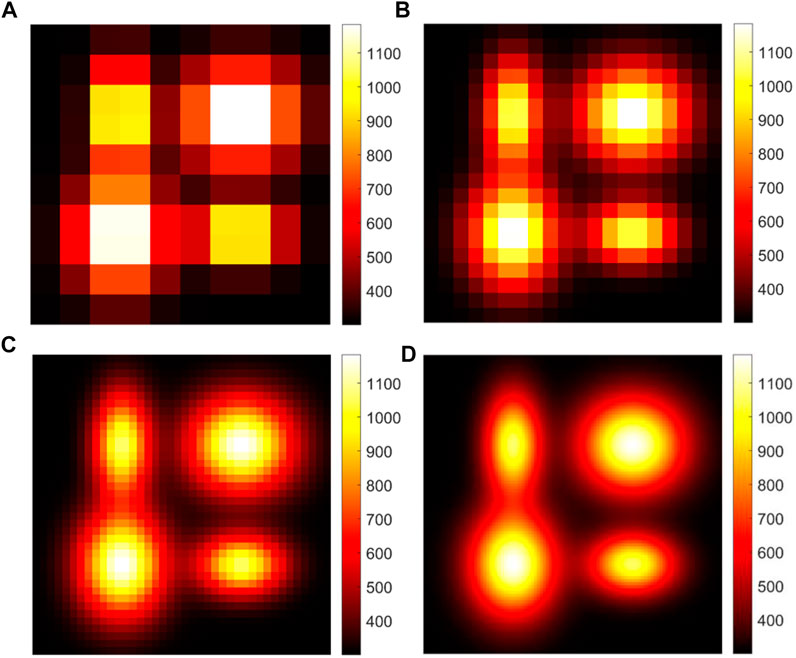 The flame temperature distribution is reconstructed using the SART algorithm, LSQR algorithm, NNLS algorithm, and Direct Solution algorithm proposed in this paper, and the overall error distribution and calculation time change of the four algorithms under different grids are obtained. The accuracy and efficiency of these algorithms are shown in Figure 9 and Figure 10. It can be seen from the figure that as the number of grids increases, the scale of the equation system expands, and the error presents an upward trend. The reconstruction accuracy of the Direct Solution algorithm is less than that of the NNLS algorithm but better than the SART and LSQR algorithms. 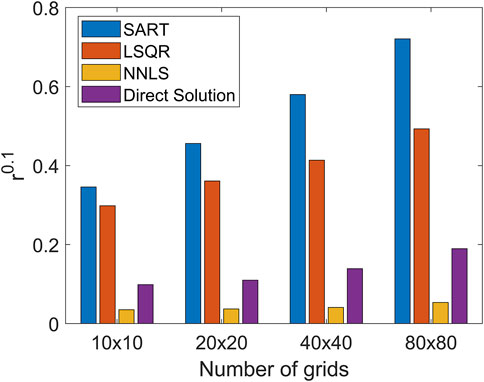 FIGURE 9. The influence of the grids number on the overall reconstruction error. 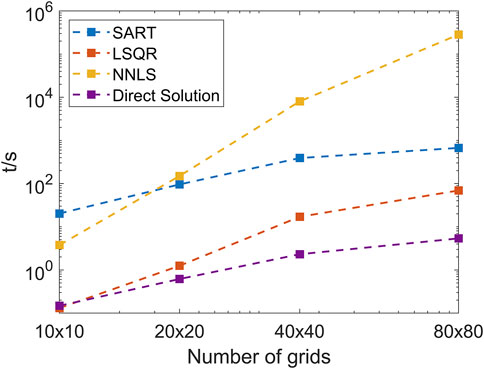 FIGURE 10. The influence of the number of grids on the reconstruction time.

It can be seen from Figure 10 that as the number of grids gradually increases, the calculation time of the four algorithms increases. The calculation time of the Direct Solution algorithm increases slowest, indicating that it is least affected by the increase in the scale of the equations. The direct solution algorithm takes less time than the other three algorithms, indicating that when the number of grids increases, the direct solution algorithm takes less time to extract and solve the partial extraction of the overall equation system. This reduces the overall time-consuming to solve all the unknowns, greatly shortens the reconstruction time compared to other algorithms. The above numerical results show that the Direct Solution algorithm can quickly reconstruct the flame temperature distribution under the premise of ensuring accuracy. In occasions where real-time reconstruction is required, this algorithm has greater application prospects.

Copyright © 2021 Zhang, Peng, Li, Li and Xu. This is an open-access article distributed under the terms of the Creative Commons Attribution License (CC BY). The use, distribution or reproduction in other forums is permitted, provided the original author(s) and the copyright owner(s) are credited and that the original publication in this journal is cited, in accordance with accepted academic practice. No use, distribution or reproduction is permitted which does not comply with these terms.