Background: Transforming growth factor (TGF)-β in breast milk is crucial for mucosal immune system in the neonatal period. We hypothesized that the level of exposure to TGF-β from breast milk in the first month of life is related to the development of eczema later in life. Thus, the present study investigated whether changes in TGF-β levels between colostrum and mature milk are associated with such occurrence in a birth cohort study.

Methods: Colostrum and 1-month breast milk samples were collected from mothers who participated in our birth cohort study. TGF-β1 and TGF-β2 levels in breast milk were measured using a commercial ELISA kit. The development of eczema in the first 6 months after birth was assessed based on parent's response to a questionnaire. Levels of TGF-β1 and TGF-β2 were compared in breast milk from mothers of infants with and without eczema.

Conclusions: Concentration of TGF-β1 but not TGF-β2 in breast milk during the first month after birth may be associated with eczema later in life. Factors that increase TGF-β1 levels in breast milk may play a role in preventing allergic disease.

Breast milk contains a wide variety of immune mediators, such as secretory immunoglobulin A, soluble CD14, and transforming growth factor (TGF)-β (1). These mediators are crucial for mucosal immune system in the neonatal period.

TGF-β may play a role in preventing allergic diseases. In animal models, the oral administration of TGF-β1 maintained the biological activity in the intestinal mucosa and enhanced the induction of oral tolerance (2). It has also been reported to inhibit inflammation in the intestinal epithelium and systemic production of interleukin-6 and interferon-γ, reducing the incidence of necrotizing enterocolitis (NEC) (3). In contrast, developmental defects rather than immunological dysregulation were observed in TGF-β2- and TGF-β3-deficient mice (4, 5).

Several studies have been conducted to address whether the levels of TGF-β in breast milk are related to the development of allergic diseases. Although a review article reported TGF-β in breast milk is an effective cytokine in preventing allergic disease (6), the results of several other studies were controversial (7–9). Hence, we hypothesized that the amount of TGF-β received in the first month of life is important in the prevention of allergy, and in the present study we investigated whether changes in the TGF-β cytokine level in breast milk from colostrum to mature milk were related to the future development of eczema in infants.

This study is part of a birth cohort study of 500 newborn infants, which was conducted in Kawatetsu-Chiba Hospital from January 2007 to May 2008. The study design has been described in detail elsewhere (10). Briefly, all participants received a questionnaire when their infants were born. Data on parental allergic disease and various exposures were obtained. The parents also answered questionnaires on symptoms related to eczema in their infant at 1, 4, and 6 months of age. Eczema was defined as itchy skin rashes lasting >2 months in 6-month-old children.

Infants who presented with eczema at 6 months were included in the eczema group. As for the control group, we randomly selected infants who did not have eczema at 6 months. Both groups were matched in terms of feeding methods and history of atopic dermatitis or other allergic diseases in the mother (asthma, allergic rhinitis, food allergy, and pollen hypersensitivity). Levels of TGF-β1 and TGF-β2 in breast milk were measured in both groups.

The study protocol was approved by the Ethics Committee of Chiba University Graduate School of Medicine (No. 570). All parents provided written informed consent.

Measurements of TGF-β1 and TGF-β2 in Breast Milk

Differences in the characteristics of the participants were assessed by using chi-squared test or Fisher's exact test and expressed as p values. Mann-Whitney U-test was used to compare TGF-β levels in both colostrum and mature milk and TGF-β ratio (1-month milk/colostrum) between eczema and control group. Changes in TGF-β levels from colostrum to mature milk was assessed with the Wilcoxon signed rank test. Adjusted logistic regression analyses were conducted to evaluate the association between eczema and TGF-β ratio. The TGF-β ratio was categorized into tertile as low, medium, or high levels.

Fifty-one infants developed eczema at 6 months of age. Because of the lack of mother's milk, 8 infants with eczema were excluded from the study, leaving 43 subjects for final analysis. As controls, 53 children without eczema were randomly selected. Table 1 shows the characteristics of the participants. The only difference between the two groups was gender proportion, with a higher number of girls in the control group. 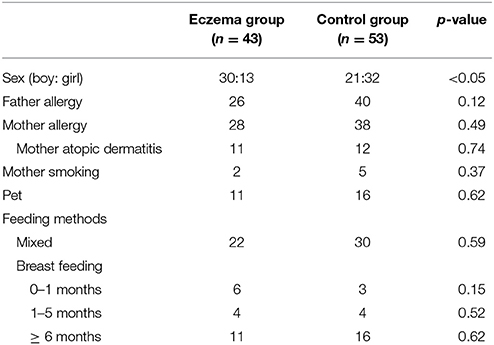 Table 1. Characteristic of the participants.

In colostrum, TGF-β1 was undetectable in 29 samples of the control group, but only in 6 samples from the eczema group. TGF-β2 was detectable in all 96 samples. Undetectable TGF-β1 level in colostrum was set at 78 pg/mL.

Figure 1. TGF-β1 (A) and TGF-β2 (B) levels in colostrum in eczema group (43 subjects) vs. control group (53 subjects). Data is shown with medians and interquartile ranges.

Figure 2. TGF-β1 levels (A) and TGF-β2 levels (B) in 1-month milk in eczema group (43 subjects) and control group (53 subjects). Data is shown with medians and interquartile ranges.

Table 2 describes the results of multivariate analysis with logistic regression. The risk of eczema was inversely related to TGF-β1 ratio. 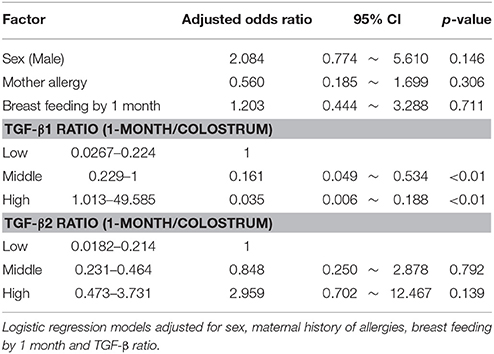 Table 2. Multiple regression analysis for the effect of TGF-β ratio on eczema.

We demonstrated that principally a lower TGF-β1 ratio (1-month milk/colostrum) was related to later eczema in infants.

Reports on the relationship between TGF-β in breast milk and onset of allergic diseases are controversial. Some studies have reported that neither TGF-β1 nor TGF-β2 was associated with the onset of allergic disease (7–9, 11), while others have demonstrated such an association (12–14). In the present study, we found a significant relationship between TGF-β1 levels in breast milk and the development of eczema. In the eczema group, the TGF-β1 concentration was higher in colostrum, but lower in 1-month milk. In contrast with previous reports, we measured TGF-β at multiple time points and assessed the TGF-β ratio.

The higher dose of TGF-β1 (long breast feeding and medium-high TGF-β1) in breast milk were shown to have a protective effect against wheezing (12); although the outcome was different, we saw a similar pattern with eczema in our study. Riggoti et al. reported that TGF-β1 was significantly higher in the mature milk of non-allergic mothers, and infants fed with this TGF-β1-rich breast milk had less risk of developing atopic diseases (15), further emphasizing the protective effects of this cytokine against eczema. Their results might be due to genetic causes as they had grouped their cohort based on the mother's allergic background. Levels of TGF-β1 reportedly decreases from colostrum to mature milk in urban mothers but not in rural mothers (16). These findings and our results suggest that a significant decrease in TGF-β1 in colostrum to mature milk is associated with later allergic disease.

Lower levels of TGF-β2 in colostrum were observed with Lactobacillus reuteri supplementation during pregnancy, leading to less sensitization in children of those mothers during the first 2 years of life (13). Nonetheless, higher levels of TGF-β2 in breast milk were reportedly related to higher risk of eczema (14). In our study, both TGF-β2 levels and 1-month/colostrum ratio for TGF-β2 were not different between eczema group and control group.

As for the limitations of this study; first, in our recruitment, we had more boys in the eczema group. And second, we could not evaluate long-term outcomes. Nonetheless, the present study suggests that TGF-β1 levels in breast milk are related to the occurrence of eczema later in life.

In conclusion, the present investigation suggested that a higher 1-month/colostrum ratio for TGF-β1 is associated with a more consistent concentration or an increase of TGF-β1 across the first month, which has a protective effect in reducing the risk of eczema. Additional studies are needed to evaluate the relationship between TGF-β levels in breast milk and the development of allergic disease. Identifying factors that increase TGF-β1 levels in breast milk may contribute to preventing allergic diseases.

We express our gratitude to all the children and families that participated in our study.

Copyright © 2018 Morita, Campos-Alberto, Yamaide, Nakano, Ohnisi, Kawamoto, Kawamoto, Matsui, Kondo, Kohno and Shimojo. This is an open-access article distributed under the terms of the Creative Commons Attribution License (CC BY). The use, distribution or reproduction in other forums is permitted, provided the original author(s) and the copyright owner are credited and that the original publication in this journal is cited, in accordance with accepted academic practice. No use, distribution or reproduction is permitted which does not comply with these terms.