Objective: To investigate the risk factors for benign convulsions with mild gastroenteritis (CwG) and provide a basis for the early identification and diagnosis.

Method: We selected children with CwG and acute gastroenteritis in the same period who attended the pediatric department of the Liyang People's Hospital from June 2018 to June 2021. A retrospective analysis of the general data, clinical characteristics, and laboratory test results of the two groups was performed. Finally, we conducted a multifactorial logistic regression analysis to derive the risk factors for CwG.

Conclusion: Characteristics of gastroenteritis symptoms such as vomiting and diarrhea cannot be used to predict the onset of CwG. Rotavirus is an independent risk factor for CwG, and decreased serum sodium and increased uric acid can be used as early warning indicators for CwG.

Benign convulsions with mild gastroenteritis (CwG) are defined as afebrile seizures in children with mild gastroenteritis in the absence of severe dehydration, electrolyte disturbances, or hypoglycemia. CwG has been reported around the world, mostly in East Asia, including Japan, Korea, and China (1). In recent years, a single-center study found that the proportion of CwG among patients hospitalized for initial convulsions has risen from 8.47% to 12.5% (2).

Despite the good prognosis of CwG (3), convulsions in the acute phase are often clustered seizures, which can easily lead to anxiety in the family. Presently, the etiology and pathogenesis of the disease are unclear, and there are no specific diagnostic criteria. The diagnosis is mainly based on the symptoms of gastroenteritis and the specific clinical features of convulsions, while other diseases causing convulsions need to be excluded. Coupled with the difficulty of early diagnosis, the problem of over-examination and excessive anticonvulsant treatment is prominent in clinical practice. Misdiagnosis and mistreatment also exist (4).

The clinical features and prognosis of CwG have been exhaustively reported in previous studies (5–7), but only a very few studies have discussed the risk factors of CwG. Are there differences in the characteristics of gastroenteritis symptoms between mild acute gastroenteritis and CwG? Are there specific factors that can help pediatric clinicians warn of the occurrence of CwG? This study used a multifactorial research approach to investigate independent risk factors for CwG, with the expectation that it may provide a basis and warning indicators for the early diagnosis of CwG.

The study population was obtained from children attending the pediatric department of the Liyang People's Hospital, which is a tertiary care hospital in Changzhou, China. These patients were diagnosed with CwG and acute gastroenteritis from June 2018 to June 2021. This study was approved by the Ethics Committee of Liyang People's Hospital (approval no. 2021057).

The collected cases were screened and grouped according to the inclusion criteria of the CwG and AGE groups, and then a case-control study was performed. To derive independent risk factors, univariate and multifactorial analyses of factors that may affect the outcome were performed.

Categorical variables were statistically described using rates, and statistical inferences were made using the chi-square test or Fisher's exact test. Continuous variables were statistically described by means and standard deviations (SD), and the comparison of means between two groups was performed by Student's t-test or Mann-Whitney U-test. Multivariate logistic regression analyses were performed and expressed as dominance ratios (OR) and 95% confidence intervals (95% CI). Multivariate logistic regression analyses were used to examine statistically significant variables in univariate analyses. For all tests, a 2-sided P < 0.05 was considered to indicate statistical significance. All analyses were performed using SPSS software (version 26.0; SPSS, Chicago, IL, USA).

Table 1. Comparison of general information for CwG and AGE group.

Characteristics of Convulsions in CwG

All CwG patients had cranial CT and EEG examinations. No abnormalities were seen on cranial CT in all patients. Eight children revealed a slow background without epileptic abnormality. Six children underwent lumbar puncture testing and showed normal results on cerebrospinal fluid examination. Among the 82 children with CwG, 52 (63.4%) had single convulsive episodes and 30 (36.6%) had cluster episodes. 77 (93.9%) children had convulsions of duration within 5 min, 5-10 min for 5 (6.1%). As for the type of convulsions, 75 (91.5%) were generalized tonic-clonic seizures and 7 (8.5%) were focal tonic-clonic seizures. The interval between convulsive episodes and the onset of gastroenteritis was 23 (28.0%) for 0–24 h, 39 (47.6%) for 24–48 h, 17 (20.7%) for 48–72 h, and 3 (3.7%) for ≥72 h. A total of 22 children were treated with anticonvulsant drugs, which were first applied by an enema with 10% chloral hydrate (0.5 ml/kg). In four of the 22 children who received an initial anticonvulsant drug, the convulsions did not resolve after 5 min and were relieved by the administration of phenobarbital (5 mg/kg) intramuscularly. After a 6-month to 2-year follow-up, three cases of CwG recurred, four cases experienced febrile convulsions, and none of the patients acquired epilepsy. 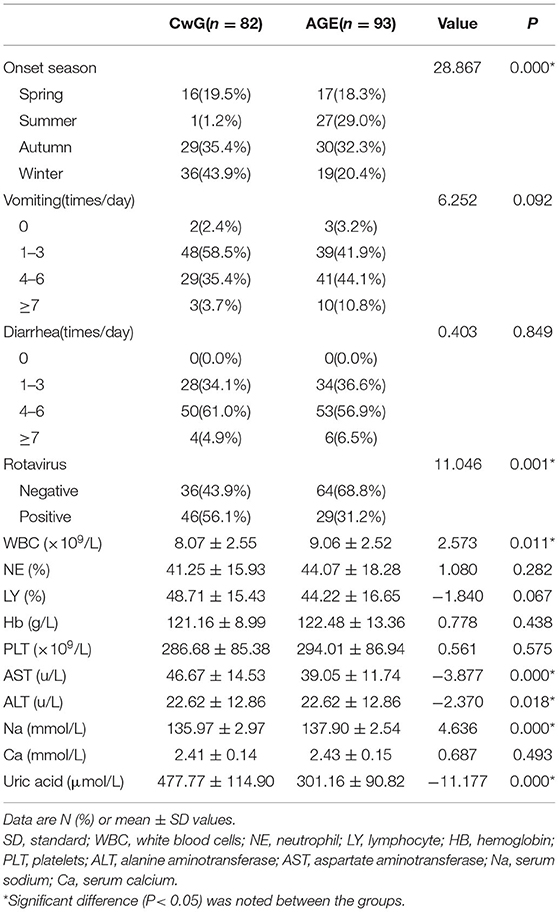 Table 2. Univariate analysis between the CwG group and the AGE group. 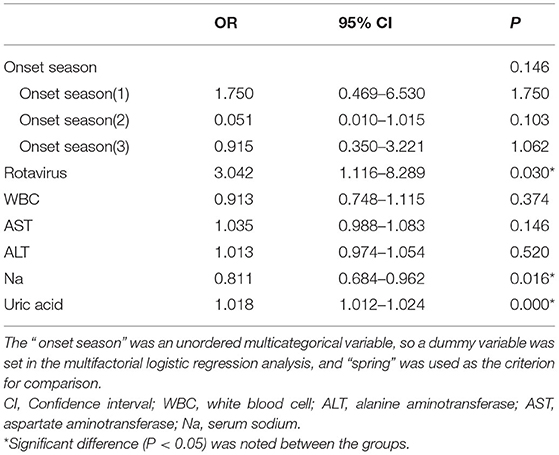 Table 3. Multivariate logistic analysis between the CwG group and the AGE group.

CwG was first reported as a unique clinical entity in the 1980s, and since then, related studies have been conducted around the world (1, 10, 11). To date, the clinical features and prognosis of CwG have been well reported (3, 12). The diagnosis of CwG currently relies mainly on non-specific clinical manifestations. Early diagnosis of CwG is difficult due to the lack of specific diagnostic criteria and biological indicators. However, early diagnosis of CwG is important for pediatricians to avoid excessive testing and excessive anticonvulsant treatment, and only a very few studies have explored this issue. Our study used a multifactorial study approach to explore the risk factors for CwG. As a result, rotavirus, serum sodium, and uric acid were found to be independent risk factors for CwG.

Pathogenic analysis of CwG reported that viral infections were the most common, with a small number of bacterial infections (13). A study from Korea found a norovirus positivity rate of 67.5% in children with CwG from 2014 to 2017, compared with a rotavirus detection rate of 7.5% in the same period (14). The rotavirus positivity rate in the CwG group in our study was 56.1%. Korea has a high prevalence of the rotavirus vaccine. In contrast, in China, the rotavirus vaccine is self-funded and has not been included in the national immunization program. This reason may be the main factor contributing to the significant difference. In this study, the results of the multifactorial analysis showed that rotavirus was one of the independent risk factors for CwG.

In addition to intestinal impairment, rotavirus can cause multi-system functional impairment. One of the common symptoms of neurological impairments is convulsions. Although the correlation between rotavirus and convulsions has been widely reported, the exact mechanism by which rotavirus causes benign convulsions is still unknown. By using an enzyme-linked immunosorbent assay, Yeom et al. (15) measured the IgG titer of rotavirus nonstructural protein 4 (NSP4) in the acute-phase sera of 202 children with rotavirus gastroenteritis and found a significant decrease in serum antibody levels in the convulsion group compared with the non-convulsion group. The result suggests that rotavirus infection leads to immune imbalance and that serum anti-NSP4 IgG may have a role in preventing the occurrence of rotavirus-associated benign convulsions. In addition, rotavirus infection can also lead to the abnormal release of neurotransmitters. Nitric oxide (NO), the first identified gaseous signaling molecule, is a small molecule neurotransmitter. Kawashima et al. (16) reported higher NO in serum and cerebrospinal fluid in rotavirus-infected children with CwG than in children with febrile convulsions, infectious encephalitis meningitis, and healthy children. This finding suggests the presence of NO neurotransmitter dysregulation in children with CwG. Besides the above, rotavirus infection can also lead to the excessive release of cytokines, including interleukin (IL)-8 and interleukin (IL)-10 (17). In summary, there may be multiple mechanisms by which rotavirus infection causes convulsive seizures, and more basic research is needed to clarify them in the future.

Uric acid is an end product of purine metabolism, catalyzed by the enzyme xanthine oxidase. Uric acid was previously considered an indicator for the evaluation of gout, but studies are now finding a role for uric acid in a variety of diseases. In the nervous system, uric acid has been associated with Alzheimer's disease, Parkinson's disease, and acute ischemic stroke. The regression analysis of this study showed that uric acid was an independent risk factor for CwG (OR = 1.018), as the probability of CwG increased with higher uric acid. A study from Seoul National University in Korea comparing serum levels between CwG, acute gastroenteritis, and febrile convulsions found that serum uric acid levels were higher in CwG patients even after correction for the effects of dehydration (23). Similar results have been reported in the other study (24). In animal models, local extracellular uric acid levels are significantly increased during acute borderline seizures, while controlling uric acid levels significantly reduces the number of seizures in mice (25). More basic research is needed to see if high blood uric acid plays a similar role and process in children with CwG.

This study has some limitations. Our study is a single-center retrospective study and may be subject to selection bias and recall bias. In our retrospective study, only rotavirus was routinely tested because it is the most common cause of gastroenteritis in our region. Norovirus and other pathogens were no t tested. As a result, our findings may not apply to all regions, particularly those where the rotavirus vaccine is widely available. Therefore, multi-center prospective studies are needed to further evaluate the risk factors for CwG.

In conclusion, characteristics of gastroenteritis symptoms such as vomiting and diarrhea cannot be used to predict the onset of CwG. Rotavirus is an independent risk factor for CwG, while decreased serum sodium and increased uric acid can be used as early warning indicators for CwG.

The studies involving human participants were reviewed and approved by Ethics Committee of Liyang People's Hospital. Written informed consent to participate in this study was provided by the participants' legal guardian/next of kin.

We thank all participants and staff of this study and the physicians at the Liyang People's Hospital.

Copyright © 2022 Fang, Fan, Zhang and Yang. This is an open-access article distributed under the terms of the Creative Commons Attribution License (CC BY). The use, distribution or reproduction in other forums is permitted, provided the original author(s) and the copyright owner(s) are credited and that the original publication in this journal is cited, in accordance with accepted academic practice. No use, distribution or reproduction is permitted which does not comply with these terms.