Because of the continuous exploitation of metal minerals and the limited availability of land resources, many tailings ponds have been expanded. It is of great importance to dynamically calculate the critical parameters of flooding and sand velocity after a collapse, and quickly determine the dangerous area downstream on reducing the hidden dangers for an accident. In view of the limitations of the single finite element and discrete element methods for the simulation of tailings pond instability, the authors use the finite element and discrete element coupling method (GDEM) for the first time to carry out a dynamical process for numerical simulation of the evolution of a tailings pond collapse. The sediment movement and submerged range were compared with the results of the Volume of Fluid (VOF) method. The comparison shows that the change in drainage flow at the dam foundation position and the depth change in the downstream sensitive point after the dam break are consistent with the VOF calculation results, which indicates that the GDEM can be used as an effective means for the analysis of tailings dam failure. The calculation results of this method can provide technical support for the determination of dangerous areas downstream of tailings ponds and the safety management of key areas.

The majority of China’s metal deposit resources are deeply buried low-grade ores, while high-grade ores are relatively scarce. As a result, a large number of tailings ponds are required to store mining byproducts. A total of 7,793 tailings ponds were present in the country by the end of 2017, with the highest tailings dam reaching 325 m (Yin et al., 2018). Because of the continuous exploitation of metal minerals and the limited availability of land resources, many tailings ponds have been expanded. The gradually increasing heights and slopes of tailings ponds have induced multiple failures of tailings dams throughout the country, leading to high loss of life, mineral resources, and state property (Li et al., 2015; Zhang et al., 2016). Thus, it is important to establish an effective numerical model that can simulate the unique flow of tailings pond slurry. Such a model would provide the means to quickly simulate tailings dam failure and immediately analyze the severity of failure incidents, and quantitatively divide at-risk areas downstream, thereby improving the safety management of downstream areas and reducing the severity of failure-induced damage.

The governing equation of the CDEM is the equation of particle motion (Li et al., 2007). In Eq. 1, is the mass of the ith node, and , , and respectively represent the displacement, velocity, and acceleration vectors of the ith node. The corresponding calculation process is shown in Figure 1. 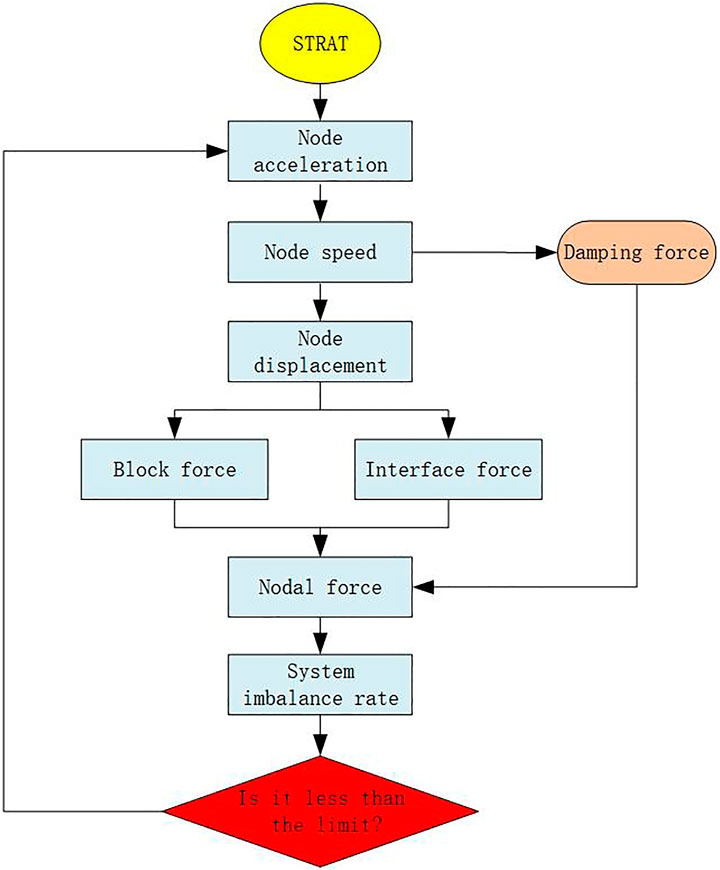 In CDEM, a discrete block can consist of one or more FEM elements (as shown in Figure 2). A continuum-based constitutive model and finite element approach are used inside the blocks, whereas a discontinuum-based constitutive model and discrete element approach are used for the block interfaces (Li et al., 2007; Feng et al., 2014). The CDEM finite elements can be simple tetrahedrons, pentahedrons, and hexahedrons, or complex polyhedrons (Figure 3). The discontinuous deformation is modeled by springs placed between the CDEM blocks, such that spring breakage simulates the cracking and slipping of material. 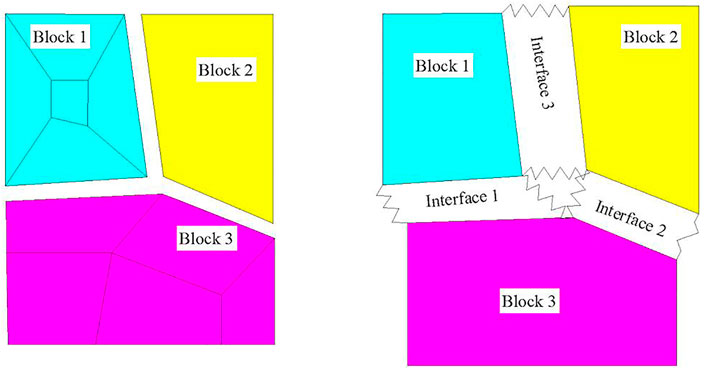 FIGURE 2. Blocks and interfaces in CDEM. 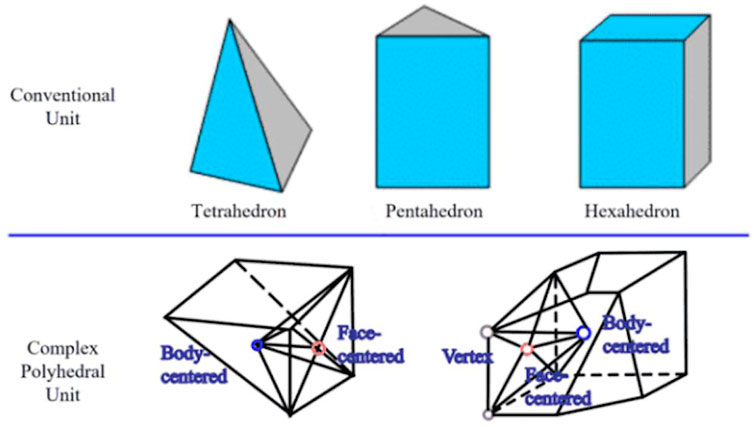 FIGURE 4. Schematic of the contact surface normal and tangential springs.

When calculating element failure, the spring force is modified using the Mohr-Coulomb criterion and tensile criterion, as shown in Eq. 4.

where, T is tensile strength, is internal friction angle, C is cohesion.

The case tailings pond is surrounded by mountains on three sides. It is multiditched to form a claw-shaped valley. The surface of the mountain is a Quaternary slope, and some of the rocks are bare. The coverage by mountain vegetation is high, and the growth is general. There are Yingyun dioritic gneisses in the Shachang Formation of the Mishan Group in the Archean Period. Some parts of the red feldspar are more distinctive than others and have felsic veins.

The overall terrain of the site is relatively high and has little precipitation, the rock mass has no obvious water-collecting structure. The seismic fortification intensity is 7 degrees, and the basic acceleration of the designed earthquake is 0.15 g.

The tailings flow after dam failure is a free surface flow problem with a moving boundary and complex large deformation. The tailings flow after the failure is simulated using the smoothed particle hydrodynamics (SPH) method, which eliminates problems associated with entanglement and distortion; these are common to the traditional Eulerian grid method. As a result, the SPH method is uniquely advantageous in dealing with large-deformation free-surface and moving-boundary problems. It is highly suitable for simulating the tailings slurry flow after dam failure. To ensure the accuracy of the calculation results, the following assumptions were made about the model:

2) The tailings pond is made of a homogeneous material, and each part of the pond has the same physical properties;

3) The spatial model of the tailings pond is filled with continuous nonporous particles.

Assumed failure discharge: the total sediment discharge is taken as the total volume of water and tailings in the reservoir above 207 m; a total of 6 million cubic meters of tailings and water are discharged. 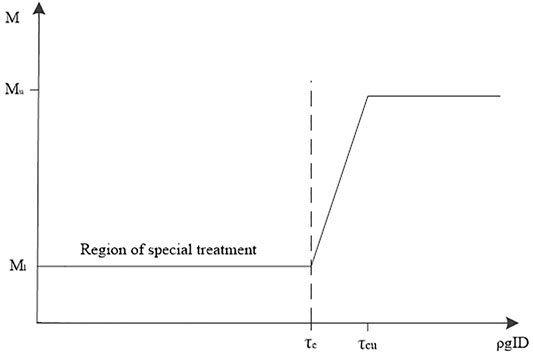 FIGURE 6. Relationship between shear force and the Manning coefficient.

During the analysis of the tailings dam failure, the area affected by the tailings pond is divided using unstructured triangular elements. The unstructured triangular mesh has the advantages of high adaptability for complex areas, flexible local encryption, and convenient self-adaptation. This method can effectively simulate natural boundaries and complex underwater topography and improves the accuracy of boundary simulations.

Figure 7 shows the topographic map of the area and the designed stacked tailings dam generated in the CAD model.

FIGURE 7. Topographic map of the Earth’s surface and tailings dam.

The terrain surface and the dam model files are imported into the GDEM software. Next, the key surface points are stripped to form a NURBS surface. Finally, the surface model of the tailings dam is formed using the geometry-create-volume-by-contour command.

3.1 Analysis of the Dam Failure Results

In Figure 8, Point one refers to the monitoring point at the foot of the dam, and Point two refers to the monitoring point of the comprehensive building. In the initial stage of the tailings pond failure, the mud gradually spreads from the dam site and then gradually diffuses into the low-lying area. Due to the high middle of the terrain and the low east and west sides, two mudflows gradually form downstream. After 1 min, the mud basically covers the entire calculation area. As the mud continues to flow to the lower area and out of the calculation area, the mud depth in the calculation area continuously decreases, and the submerged range shrinks, as shown in the flooding map at 70 s.

TABLE 2. Results of the downstream sensitive target for the #1 tailings dam failure simulation. 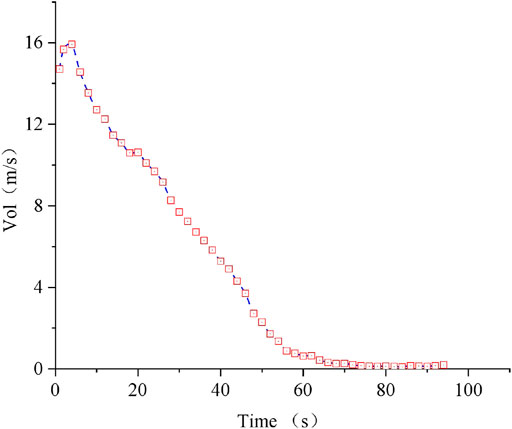 FIGURE 9. Change in sediment velocity at the bottom of the tailings dam. 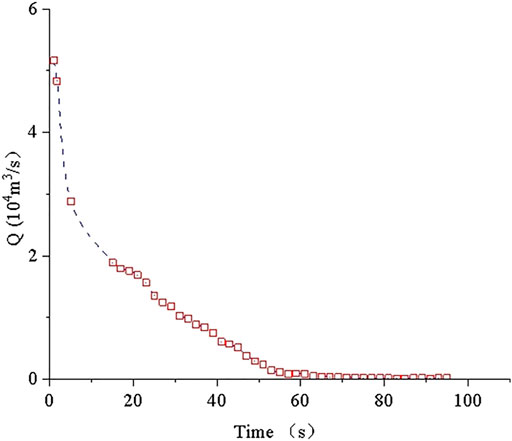 FIGURE 10. Change in quantity of flow at the bottom of the tailings dam. 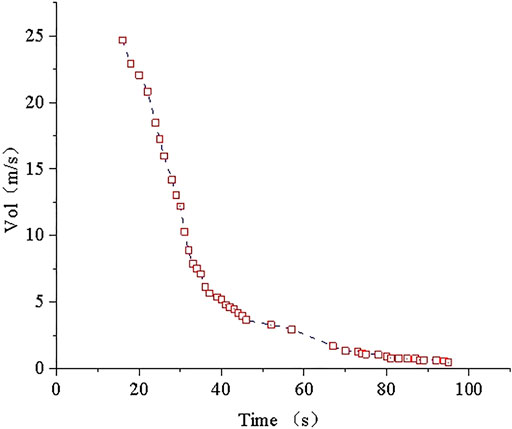 FIGURE 11. Change in sediment flow rate at the comprehensive building. FIGURE 12. The overflow depth of the comprehensive building.

The tailings reach the downstream comprehensive building in the 16th second after the dam break, and the instantaneous flow rate is 24.68 m/s. Due to terrain effects, the impact tailing speed gradually decreases. After 80th second, the flow rate is gradually stabilized and finally reaches a steady state. The maximum overflow depth of the complex is 9.72 m, and the corresponding time is the 62 s after the occurrence of the collapse.

3.2 Comparative Analysis of the Calculation Results of Volume of Fluid

The Volume of Fluid (VOF) model tracks the volume of each fluid by solving a set of momentum equations and continuous equations that simulate the motion of two or more fluids that are not blended.

As shown in Figures 13, 14. The VOF adopts all the model breaks instantaneously to calculate and obtain the process line of the fracture flow. When the water level is 207 m and the upstream flow is not considered, the storage capacity is 6 million m3, and the time required is 150 s. The peak flow of the fracture is 270,000 m3/s, the maximum mud depth at the downstream comprehensive building is 1.45 m, and the corresponding time is 30 s after the occurrence of the collapse. 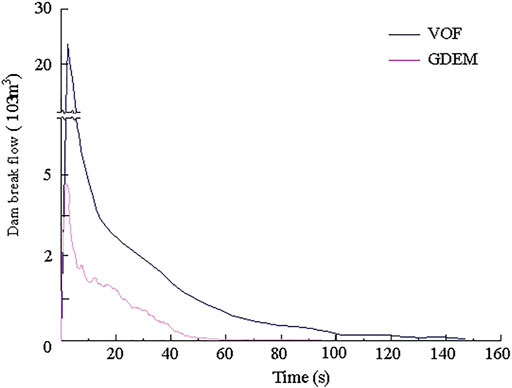 FIGURE 13. The comparison of tailings dam break flow between VOF and GDEM. 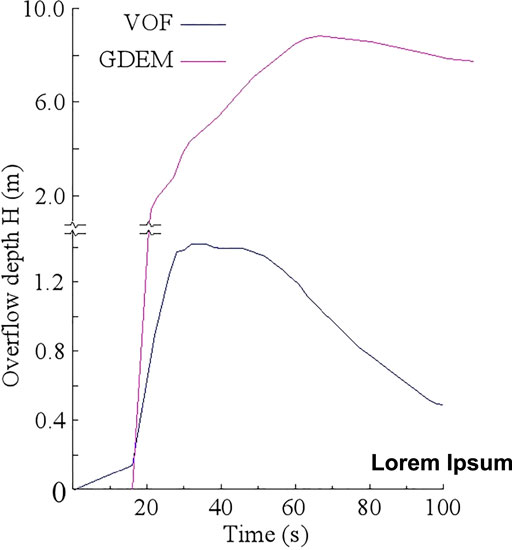 The comparison between the calculation results of the GDEM and the VOF method shows that the trend of the flow curve at the bottom is consistent, and there is a certain difference between the flow values. The change in the depth of the sediment that reaches the complex after the collapse is consistent, but the mud depth values are different.

By analyzing the calculation principle of the two methods, the two monitoring methods are shown to be different. The monitoring part of the GDEM adopts the arrangement monitoring ring method to monitor the discharge flow at the bottom of the dam body and in a certain area at the comprehensive building. The VOF calculates the discharge flow generated by the instantaneous discharge of all the broken sediments. The VOF method calculation of the discharge flow at the bottom of the tailings dam is higher than that of the GDEM. The VOF calculation does not consider the downstream topographic changes, and the downstream ground is set to the plane flow. The GDEM introduces the tailings pond and surrounding terrain into the original scale, which can truly reflect the change in the sediment flow after the tailings pond breaks, so the time of sediment flow in the VOF method is shorter than that in the GDEM. Comparison of the results of the two methods shows that the GDEM can effectively reflect the change in sediment flow after the tailings pond collapse and proves that the method can be used as an effective analysis method for tailings pond failure analysis.

2) The time of the dam-sludge mud-sand flow reaching the comprehensive building is 16 s, and the instantaneous impact velocity is 24.68 m3/s. The maximum submerged depth is 9.72 m at the 62 s. The final dam-sludge sand flow at the 83rd second tends to be stable at the comprehensive building. The experimental results show that once the tailings dam fails, it will have a serious impact downstream, seriously threatening the lives and property of the downstream residents. It is necessary to strengthen the safety management of the tailings pond to prevent the occurrence of dam failure.

3) Comparing the dam break calculation with the VOF method, the change in the discharge flow at the dam foundation position and the submerged depth at the downstream sensitive point after the dam break is consistent, which proves that the GDEM can be used for effective measurement in the tailings dam failure analysis.

This work is supported by the National Natural Science Fund of China (Grant Number. 51874260).

Copyright © 2022 Ming, Hong, Jie and Yun. This is an open-access article distributed under the terms of the Creative Commons Attribution License (CC BY). The use, distribution or reproduction in other forums is permitted, provided the original author(s) and the copyright owner(s) are credited and that the original publication in this journal is cited, in accordance with accepted academic practice. No use, distribution or reproduction is permitted which does not comply with these terms.