The Paleo-Mesoproterozoic succession in the southern NCC is distributed in three sub-regions, namely, the Song-Ji, Mianchi-Queshan, and Xiaoqinling-Luanchuan areas (Figure 1). In the Mianchi-Queshan area, the Xiong’er Group is thought to be the earliest deposition during the breakup of the supercontinent Nuna/Columbia. Our sample site is located in the Mianchi-Queshan area. The sample NOD-139-1 was collected from a layer intercalated in volcanic rocks of the Majiahe Formation in the upper Xiong’er Group (Figure 1). 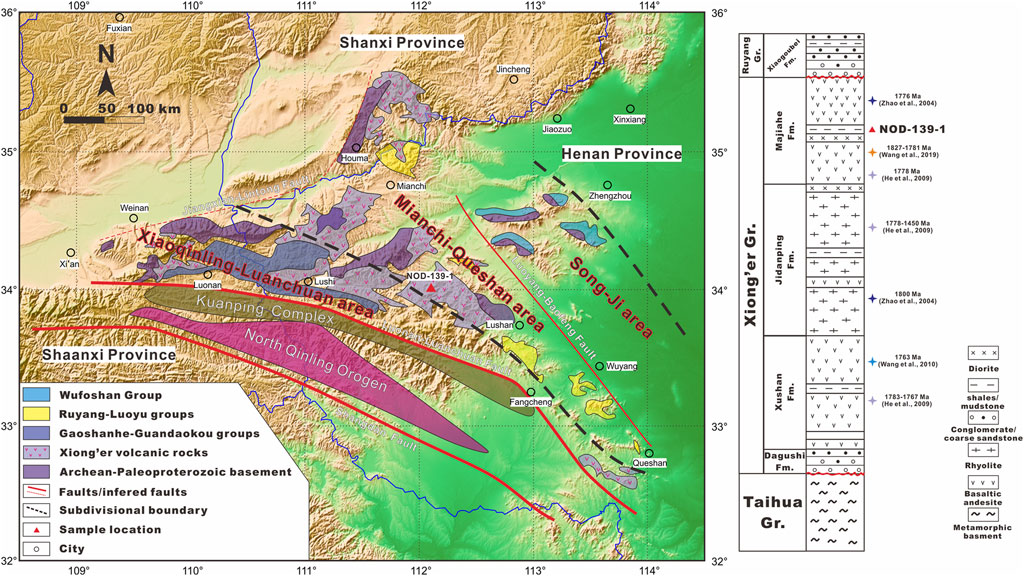 FIGURE 1. The distribution of the Xiong’er Group and the sample site.

The tuffaceous siltstone, which is mainly composed of clay matrix, ilmenite, quartz, and plagioclase, was sampled for zircon geochronological analysis. The separation of the zircons was accomplished at the Langfang (Yuneng) Yuheng Mineral and Rock Service Ltd. and is consistent with the guidelines described in Liu et al. (2018). The sample was crushed into 40–100 mesh after removing inclusions and veins. Then, rock powder was elutriated and separated into the light and heavy segments, which the latter segments were processed with the strong magnetic selection. The less magnetic portion was then filtered by the electromagnetic filter, in which the non-magnetic minerals will be detained for the heavy liquid filter. The metal sulfide in the products was further removed by the high-frequency dielectric separator, leaving the portion that contains mostly zircon. Last, the zircons were hand-picked and purified by a binocular microscope.

Two hundred randomly hand-picked zircon grains were mounted in epoxy and polished to approximately half of the average zircon grain thickness. The morphological structure was examined by transmission and reflection light microscopy. The internal structure of zircons was examined using cathodoluminescence (CL) images. Zircon CL images were obtained using an Analytical Scanning Electron Microscope (JSM IT100) connected to a GATAN MINICL system. The imaging condition was 10.0–13.0 kV voltage of electric field and 80–85 µA current of the tungsten filament.

The 84 spots yield 73 single-grain data that are less than 10% discordant. The external morphology of the zircons is variable from anhedral with a nearly rounded shape to euhedral with a clear pyramid face while most are subhedral. Some of the grains are the fragments of intact ones (e.g., the No.10 gain in Supplementary Figure S2). From the cathodoluminescence intensities, the zircon grains of this sample can be divided into two groups (Supplementary Figure S2). One group with dark and strong CL emission showed homogeneous or patchy internal texture whereas another group with weak to intermediate intensities showed distinct oscillatory zones which indicated the igneous origin (Supplementary Figure S2). Meanwhile, the former group generally yields older age which corresponds with high U content and lower Th/U ratio (Supplementary Figure S2; Supplementary Table). These zircons are possibly from the metamorphic basement or the recycled sedimentary rocks. The zircons with more white color and oscillatory zones show relatively younger ages. The three youngest zircon grains showed distinct euhedral external morphology and blurred internal oscillatory zones (Figure 2). The probability density distribution of the obtained zircon ages shows two prominent peaks at 2,100 Ma and 1850 Ma (Figure 2). The former is possibly sourced from the Taihua (tonalite-trondhjemite-granodiorite) 2000–2,200 Ma TTG assemblages in the southern NCC while the latter is consistent with the ca. 1850 Ma granitic pluton in the central NCC (Huang et al., 2010; Zhao and Zhai, 2013). There are a considerable number of zircon grains that yield ages younger than the previous geochronological reports for the Xiong’er Group, among which the three youngest 206Pb/238U ages are 1,349 ± 32 Ma, 1,478 ± 21 Ma, and 1,646 ± 36 Ma (Figure 2). Our new detrital zircon age report from the Majiahe Formation in the upper Xiong’er Group provides a new constraint on the duration of the Xiong’er volcanism in the southern NCC. According to previous studies, if the Xiong’er volcanism occurred in a short duration from 1.78 Ga to 1.75 Ga, it is impossible to get younger age from the interval of the Xiong’er Group. Therefore, our data in this study contradicted the opinion above whereas supported the model proposed by He et al. (2009) and Zhao et al. (2009), in which the Xiong’er volcanism probably can last to 1,450 Ma or even younger.

FIGURE 2. The cumulative frequency and Concordia diagrams of the zircon age of the sandstone from the Majiahe Formation (NOD-139-1).

The original contributions presented in the study are included in the article/Supplementary Material, and further inquiries can be directed to the corresponding author.

XL acquired and processed the data, wrote, and drawn the pictures.

I am grateful to the two reviewers’ constructive comments which clarify my thoughts on the LA-ICP-MS methodology as well as the logical implication of the dataset.

The Supplementary Material for this article can be found online at: https://www.frontiersin.org/articles/10.3389/feart.2021.732505/full#supplementary-material

Copyright © 2021 Liu. This is an open-access article distributed under the terms of the Creative Commons Attribution License (CC BY). The use, distribution or reproduction in other forums is permitted, provided the original author(s) and the copyright owner(s) are credited and that the original publication in this journal is cited, in accordance with accepted academic practice. No use, distribution or reproduction is permitted which does not comply with these terms.