A correlation is established between the theories of superconductivity based on the concept of charge density waves (CDWs) and the translation invariant (TI) bipolaron theory. It is shown that CDWs are originated from TI-bipolaron states in the pseudogap phase due to the Kohn anomaly and form a pair density wave (PDW) for wave vectors corresponding to nesting. Emerging in the pseudogap phase, CDWs coexist with superconductivity at temperatures below those of superconducting transition, while their wave amplitudes decrease as a Bose condensate is formed from TI bipolarons, vanishing at zero temperature.

Presently, there is no agreement about the microscopic nature of the high-temperature superconductivity (HTSC). At the same time, there are phenomenological models such as a Ginzburg–Landau model [1], a model of charge density waves (CDWs) or pair density waves (PDWs) (the recent review on the theory and experiment with CDW/PDW in high-temperature superconductors, ultracold atomic gases, and mesoscopic devices was published by Agterberg et al. [2]) and a model of spin density waves which enable one to describe numerous HTSC experiments [3]. These models are silent on the nature of paired states taking part in SС. In author’s works [4–7], paired states mean translation invariant (TI) bipolaron states formed by a strong electron–phonon interaction similar to Cooper pairs (for the review of earlier pioneering works devoted to superconductivity based on the theory of small-radius bipolarons, see [8]). TI bipolarons are plane waves with a small correlation length capable of forming a Bose–Einstein condensate with high transition temperature which possesses SC properties. A correlation between the Bardeen–Cooper–Schrieffer (BCS) theory [9] and the Ginzburg–Landau theory was established by Gor’kov [10]. The aim of this work was to establish a correlation between the TI-bipolaron theory of SC and CDW (PDW).

General Relations for the Spectrum of a Moving TI Bipolaron

TI bipolarons are formed at a temperature which is much higher than that of an SC transition (Refs. [4–7]). For and in the absence of a Fermi surface with a sharp boundary, an ensemble of TI bipolarons would be an ideal gas whose particles would have a spectrum determined by the dispersion equation (Refs. [4–7]):

are parameters determining the ground state energy of a TI-bipolaron, is the total momentum of a TI bipolaron, , where is the mass of a band electron (hole), and is the phonon frequency in an electron gas around TI bipolarons.

In describing the Kohn anomaly, one usually proceeds from Frӧhlich Hamiltonian of the following form [11]:

Renormalization of phonon frequencies corresponding to (2) is determined by the expression [11]:

where are phonons renormalized by an interaction with an electron gas whose polarizability is determined by .

The Kohn anomaly describes vanishing of renormalized phonon modes for .

In the TI-bipolaron theory of SC [4–7], bipolarons are believed to be immersed into an electron gas. The properties of such bipolarons are also described by Fröhlich Hamiltonian of the form (2), but with a field of already renormalized phonons with energies and, accordingly, a matrix element of the interaction instead of .

It should be noted that spectral equation 1 is independent of the form of .

The experimental evidence of the occurrence of renormalized phonons with zero energy in layered HTSC cuprates is the absence of a gap in the nodal direction in these materials which, by definition, is the phonon frequency in the TI bipolaron theory of SC.

The wave function of a TI-bipolaron with the wave vector will have the following form:

where comprises coordinates of the bipolaron mass center. The explicit form of the wave function with zero momentum is well established [12]. An expression for can be derived by calculating the mathematical expectation of the operator of the total momentum :

where is the velocity of a TI bipolaron. Assuming that where is the bipolaron mass, we can rewrite (5) and express as follows:

With the use of (6) expression for from (1) can be rewritten as follows:

It follows from (6) that in the case of a weak and intermediate coupling (when TI-bipolaron states are metastable for ), the exact form of is known [13], and in the case of bipolaron, it is equal to

where is the electron–phonon matrix element, and the expression for the TI-bipolaron effective mass will have the simple form: where α is a constant of the electron–phonon interaction; that is, mass is equal to the sum of masses of individual polarons. For a large α, good approximations for are available only for . For this reason, the calculation of the effective mass of a TI bipolaron is rather difficult.

Subject to availability of a Fermi surface with a sharp boundary, the TI-bipolaron gas under consideration will have some peculiarities. Thus, if there are rather large fragments on this surface which can be superimposed by transferring one of them onto vector , then if the size of these fragments is rather large, the coupling between them will be rather strong, which will lead to the Peierls deformation of the lattice in the direction of this nesting. A loss of energy associated with the lattice deformation will be compensated by a gain in the energy of a bipolaron gas which forms a charge density wave with the wave vector The fact of a gain in the energy of a TI bipolaron follows from Equation 1, whose solution leads to the spectrum of a TI-bipolaron where

The gain in the energy is caused by the above considered Kohn anomaly [14] which implies that for (in 1D–metal where is a Fermi momentum), the phonon frequency softens, and, as a consequence, the energy greatly decreases due to a sharp increase in the constant of the electron–phonon interaction . For accordingly and CDWs appears to be practically immobile.

The general expression for is complicated, and even in the case of , there are only variational estimates for it [12]. It can be assumed that the general form of the dependence on will be δ-shaped, in which the δ-shaped minimum will correspond to (Figure 1). 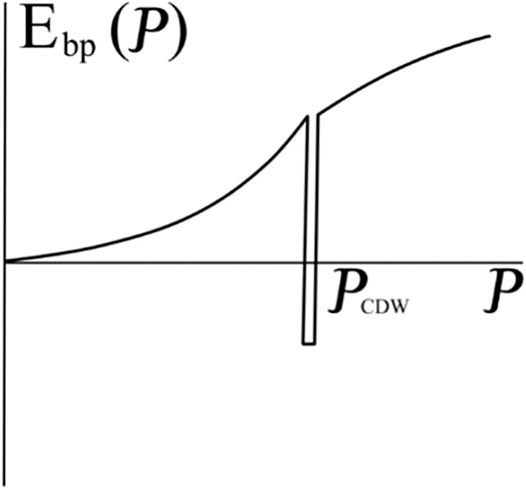 FIGURE 1. The suggested TI-bipolaron spectrum for a charge density wave. It looks as the roton spectrum, but is sharper at due to the Kohn anomaly.

For this spectrum, TI bipolarons will pass on to the state with the energy minimum to form a single charge density wave consisting of paired states and determined by expression (4).

Hence, for where is the polaron ground state energy, the pseudogap precedes the SC. If in this case the condition is fulfilled, then the pseudogap is a coherent pseudophase, and for , a coherent pseudophase is preceded by a non-coherent phase of free pairs. If the inequality is not fulfilled, then the smallest quantity ( or ) becomes equal to . In any case, the superconducting phase coexists with the pseudogap one which disappears for , when all the pairs are in a Bose condensate and the CDW amplitude vanishes.

Energetical advantageousness of а condensate phase follows from expressions (7), (8), which suggest that a homogeneous Bose condensate has a lower energy on condition:

It should be noted that the scenario considered is close in many respects to the Fröhlich superconductivity model [15]. In the Frӧhlich model, it was assumed that two electrons with opposite momenta (as in BCS) on the Fermi surface are connected by a phonon with the wave vector ( in 1D case), thereby forming a charged phonon. Being bosons, such phonons, in a macroscopic number, can be in the same state with the wave vector to form a CDW (Fröhlich charge wave). Such a wave, however, will not be superconducting, since pinning which always takes place in real crystals or its scattering by normal carriers will hinder such a wave. The main difference between the TI-bipolaron description and Fröhlich approach is in the formation of a Bose condensate of TI bipolarons (which form a wave of Fröhlich charged phonons), which is just responsible for superconductivity.

To be more specific, let us consider the case of a HTSC such as YBCO. The vector of a CDW in YBCO lies in ab-plane and has two equally likely directions: along the a-axis and along the b-axis , corresponding to antinodal directions. For , these directions of correspond to nonzero soft phonon modes . The occurrence of a CDW in these directions in YBCO was detected in a lot of experiments including those on nuclear magnetic resonance [16–18], resonant inelastic X-ray scattering [19–21], resonant scattering, and diffraction of hard X-rays [22, 23]. Relevant softening of phonon modes in the course of a CDW formation was also observed [24].

Still greater softening of phonon modes can be expected for . A phonon mode corresponding to a nodal direction can vanish, which corresponds to a lack of a gap in the nodal direction. This fact was confirmed experimentally [22] for with the use of combined methods of resonant X-ray scattering, scanning tunneling microscopy, and angle-resolved photoelectron spectroscopy. In the case of YBCO with (absolute value of CDW pairing amplitudes or energy gap [25, 26] which are the renormalized phonon frequency in a TI-bipolaron theory) according to (9), any value of leads to instability of a CDW and the formation of an SC phase in this direction while retaining the pseudogap state in the antinodal direction.

It should be noted that in the approach suggested, a difference between CDWs and PDWs disappears and (Ref. [27]).

VL contributed to conception and design of the study, wrote the manuscript, read, and approved the submitted version.

Copyright © 2021 Lakhno. This is an open-access article distributed under the terms of the Creative Commons Attribution License (CC BY). The use, distribution or reproduction in other forums is permitted, provided the original author(s) and the copyright owner(s) are credited and that the original publication in this journal is cited, in accordance with accepted academic practice. No use, distribution or reproduction is permitted which does not comply with these terms.