Minimum resolving sets (edge or vertex) have become an integral part of molecular topology and combinatorial chemistry. Resolving sets for a specific network provide crucial information required for the identification of each item contained in the network, uniquely. The distance between an edge e = cz and a vertex u is defined by d(e, u) = min{d(c, u), d(z, u)}. If d(e1, u) ≠ d(e2, u), then we say that the vertex u resolves (distinguishes) two edges e1 and e2 in a connected graph G. A subset of vertices RE in G is said to be an edge resolving set for G, if for every two distinct edges e1 and e2 in G we have d(e1, u) ≠ d(e2, u) for at least one vertex u ∈ RE. An edge metric basis for G is an edge resolving set with minimum cardinality and this cardinality is called the edge metric dimension edim(G) of G. In this article, we determine the edge metric dimension of one-pentagonal carbon nanocone (1-PCNC). We also show that the edge resolving set for 1-PCNC is independent.

Carbon nanocones (CNC) made their first appearance in 1968, or perhaps earlier, on the surface of graphite occurring naturally [25]. These chemical structures are exciting due to their conceivable uses in gas sensors, gas storage, bio-sensors, energy storage, chemical probes, and nano-electronic devices, see [2, 3, 8, 17, 29]. Nanocones are the networks of the carbon that can be represented mathematically as cubic planar infinite graphs. Iijima [19], mainly addressed graphitic carbon helical microtubules. The existence of CNC and their combinatorial properties have been discussed in [14, 24]. Depending upon the positive signed curvature, Klein et al. [25] categorized CNC into eight groups. Brinkmann et al. have classified these structures [7]. Justus et al. [20] have given the expander constants and boundaries of these nanocones triangle patches. CNC has recently gained considerable scientific attention due to its peculiar properties and promising applications such as hydrogen storage and energy [7].

The chemical graph of carbon nanocones CNCp[m], as shown in Figure 1, comprises of conical structures with a cycle of size and order p at their center and (m − 1)-layers of six-sided faces (hexagons) placed at the conical surface around its center. Here we are interested for the case p = 5 i.e., CNC5[m]. When one pentagon is inserted in the honeycomb layer, a disclination defect in the graphenic plane is generated, resulting in the formation of a conic structure with positive curvature in which the pentagon is surrounded by the first belt of five hexagons. CNC5[m] denotes an (m − 1)-dimensional one-pentagonal carbon nanocone (1-PCNC), where m represents (m − 1)-number of layers consisting of six-sided faces, which include the conical surface of the nanocone, and five denotes the presence of a single five-sided face on the tip known as its center. Along with it, a two-dimensional planar graph of a 1-PCNC is constructed, with carbon atoms representing vertices and bonds representing edges between them (see Figure 2). 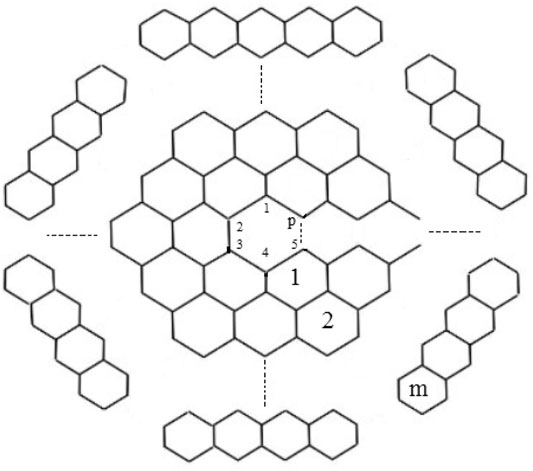 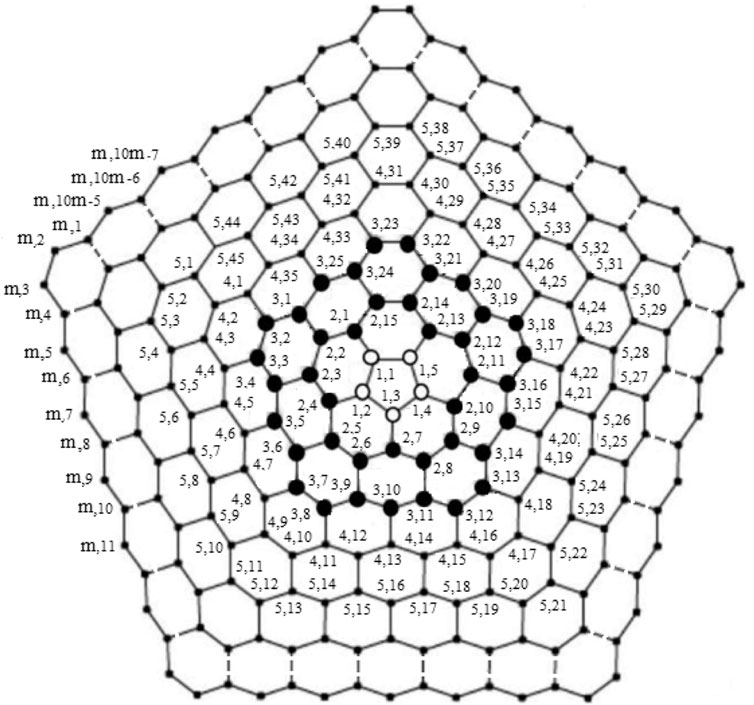 Resolvability in graph theory aims to understand the behavior of real-world distance-based frameworks. It has been used in chemistry, molecular topology, industrial chemistry, and computer science. It attracts authors from various fields, including mathematics, because of the fascinating problems that arise from the symmetries and structures involved. It is always highly beneficial in an enigmatic network to identify uniquely the location of vertices (such as atoms) by establishing an identity with respect to a specific set. Such a specific set with minimum cardinality is called the metric basis and this cardinality is the metric dimension [16, 34]. These findings have been used effectively in drug patterns to access specific atoms.

The researchers are motivated by the fact that the metric dimension has a variety of practical applications in everyday life and so it has been extensively investigated. Metric dimension is utilized in a wide range of fields of sciences, including robot navigation [23], geographical routing protocols [27], connected joints in network and chemistry [10, 11], telecommunications [6], combinatorial optimization [31], network discovery and verification [6], etc. NP-hardness and computational complexity for the resolvability parameters are addressed in [15, 26].

Many authors have introduced and analyzed certain variations of resolving sets, such as local resolving set, partition resolving set, fault-tolerant resolving set, resolving dominating set, strong resolving set, independent resolving set, and so on. For further details the reader is referred to [1, 6, 10, 21, 22, 32, 33]. In addition to defining other variants of resolving sets in graphs, Kelenc et al. [22], introduced a parameter used to uniquely distinguish graph edges and called it the edge metric dimension. In general, a graph metric was used to describe each pair of edges based on distances to a specific set of vertices. This was based on the assumption that a minimum resolving set R of a connected graph G identifies uniquely all the vertices of G using distance-vector, but does not necessarily recognize all the edges of G.

CNCs are a significant class of carbon nanomaterials that have been discovered in 1994 by Ge and Sattler [23]. This class of CNC has recently received considerable attention. Bultheel and Ori [9], analyzed topological modeling techniques used to study 1-PCNC and obtained significant findings about the chemical reactivity and desired sizes. Moreover, they also addressed the topological roundness and efficiency of CNC5[m] as the long-range topological potential whose local minima correspond to magic sizes of nanocones with a greater percentage of formation. In [36], Zhang et al. calculated analytic expressions of Hosoya polynomial and certain distance-related indices such as the hyper Harary and Weiner indices for 1-PCNC. Fereshteh and Mehdi [13], obtained the adjacent eccentric distance sum index of 1-PCNC. In [5], Ashrafi et al. proved that .

The flexibility and strength of carbon nanotubes make them suitable for manipulating another nanoscale structures, implying that they will play an important part in nanotechnology engineering. These 3D all-carbon architectures may be used to create the next generation of power storage, field emission transistors, photovoltaics, supercapacitors, biomedical devices & implants, and high-performance catalysis. Because of its applications, uses, and significance in numerous fields of study, we are interested in contributing more to this subject. For our purpose, in 1-PCNC bonds represent the edges and carbon atoms represent vertices. Recently, a study [17] reveals that 1-PCNC possesses the minimum metric generator of cardinality three correspondings to the atoms (vertices) therein. We now obtain some important results regarding the edges (bonds) present in 1-PCNC, as there is no such study regarding the edge metric dimension of 1-PCNC network. So, in this article, we study some basic properties of 1-PCNC along with its edge metric dimension.

The main results obtained are as follows:

• The edge metric dimension of 1-PCNC is three.

In this section, we list some basic properties of 1-PCNC, the definition of metric dimension & edge metric dimension, and recall some existing results regarding these notions.

Definition 1. Chemical Graph: A chemical graph (molecular graph) is a simple labeled graph in which the vertices correspond to the atoms of the molecule and the edges relate to chemical bonds.

Definition 4. Independent set: A set of vertices I in a graph G is said to be an independent set (also known as stable set) if no two vertices in I are adjacent [12].

Definition 5. Independent resolving set: A subset of vertices R in G is said to be an independent resolving set for G, if RE is resolving as well as independent set [12].One can see that the metric dimension deals with the vertices of the graph by its definition, a similar concept dealing with the edges of the graph introduced by Kelenc et al. in [22], called the edge metric dimension of graph G, which uniquely identifies the edges related to graph G.

Proposition 2. For every m ≥ 2, the independent resolving number is three for CNC5[m].

Each chemical structure can be represented as a graph in chemical graph theory, where edges are alternated to bonds and atoms to vertices. The recent advanced topic is resolvability parameters of a graph, in which the entire structure is designed in such a way that each atom (bond) has a unique position. In this section, we show that the minimum edge resolving set for 1-PCNC has cardinality three, with atoms/vertices chosen from all possible atom/vertex combinations.

TABLE 3. Case 3: When the vertices ul,1 and uz,j lie on two distinct cycles that are not neighboring. 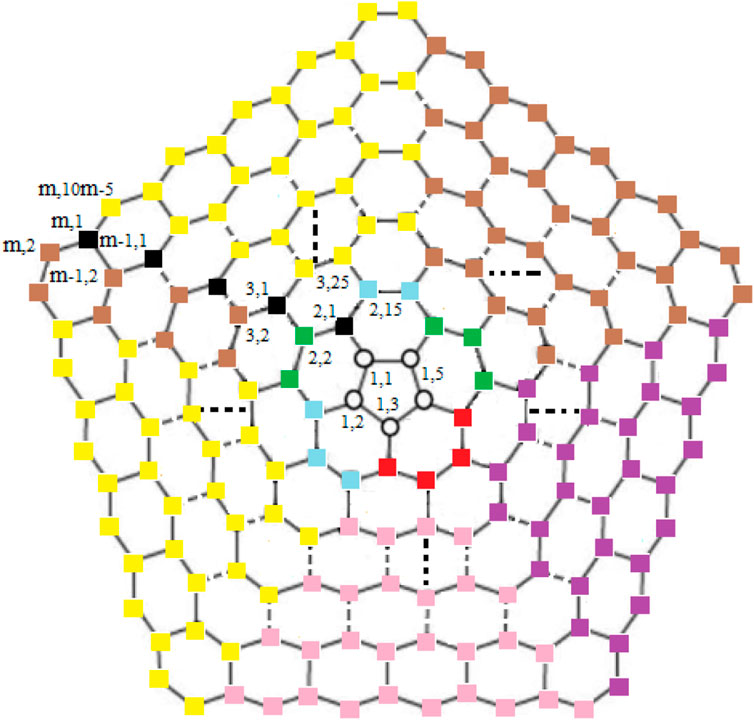 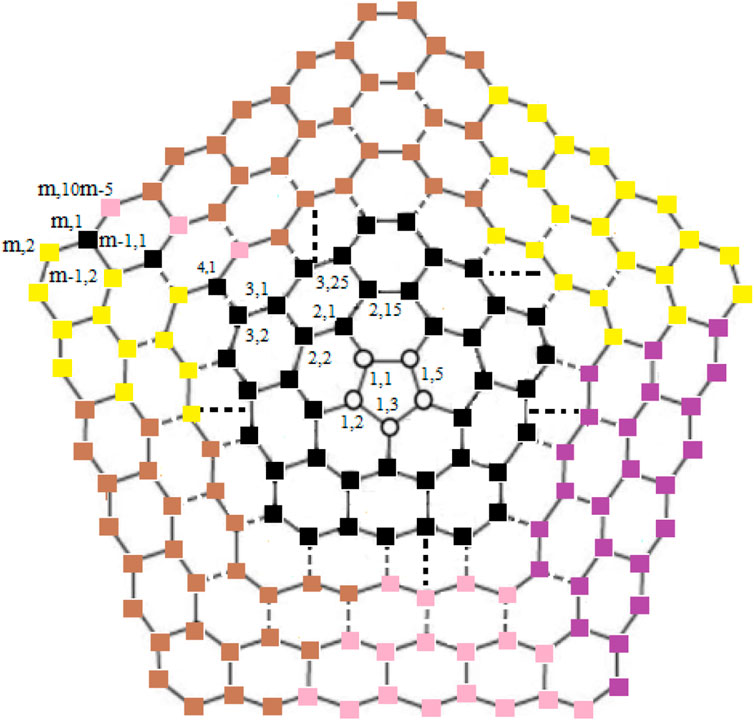 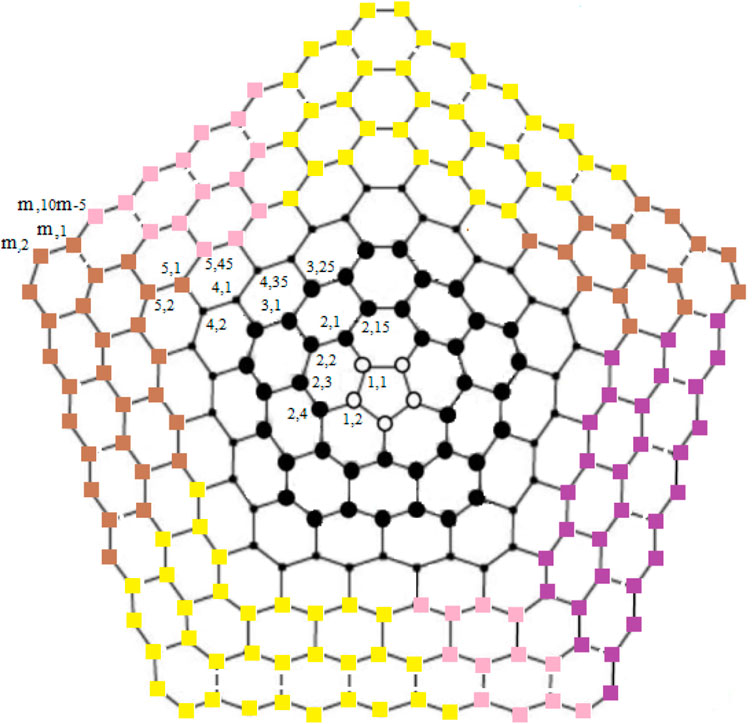 Theorem 3. edim (CNC5[m]) = 3, for every m ≥ 2.Next, if the edge resolving set is independent for CNC5[m], then we have the following important result.

Theorem 4. For every m ≥ 2, the independent edge resolving number is three for CNC5[m].

Proof. For proof, refer to Theorem 3. 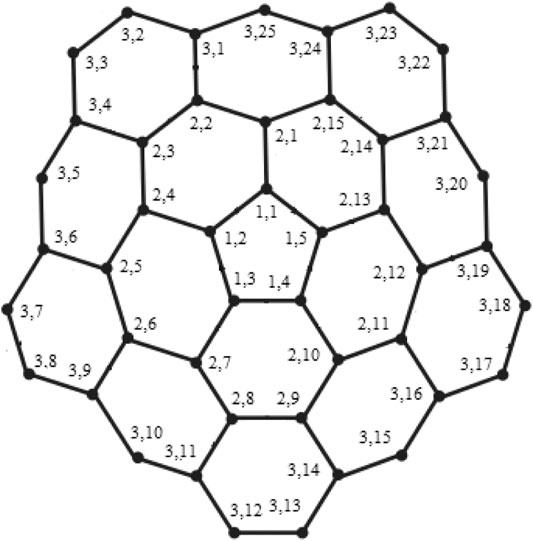 Remark 3.1. For 1-PCNC CNC5[m], we find that edim(CNC5[m]) = dim(CNC5[m]) = 3 (using proposition 1 and Theorem 3). The comparison between metric dimension (MD) and edge metric dimension (EMD) of CNC5[m] is clearly shown in Figure 8 and the value of these two dimensions are independent of the number of hexagon layers m and vertices in CNC5[m]. 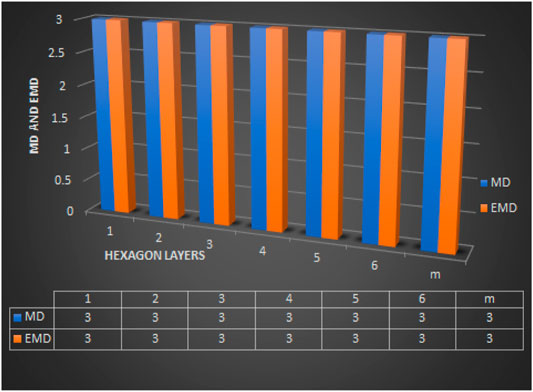 FIGURE 8. Comparision between MD and EMD of CNC5 [m].

Edge metric generators for a given connected chemical graph contain crucial information required for the identification of each bond (edge) present in the graph, uniquely. In this article, for an important class of carbon nanocone, viz., one-pentagonal carbon nanocone CNC5[m], we prove that edim (CNC5[m]) = 3 and it does not depend upon the value of m. We show that the minimum edge resolving set for 1-PCNC is also independent. The contributions of this research may be beneficial to those working in the fields of micro-devices built with CNC5[m], nano-devices, nano-biotechnology, nano-engineering, and pharmacy. Following the metric dimension and edge metric dimension of CNC5[m], the natural problem that arises from the text is:

The present article does not contain any studies with human participants or animals performed by any of the authors.

All authors listed have made a substantial, direct, and intellectual contribution to the work and approved it for publication

The research of HR is supported by the post-doctoral funding under grant number 10-20-302-303.

We would like to express our sincere gratitude to the referees for a very careful reading of this paper and for all their insightful comments/criticism, which have led to a number of significant improvements to this paper.

20. Justus C. Boundaries of triangle-patches and the Expander Constant of Fullerenes. Universität Bielefeld (2007).

Copyright © 2021 Sharma, Raza and Bhat. This is an open-access article distributed under the terms of the Creative Commons Attribution License (CC BY). The use, distribution or reproduction in other forums is permitted, provided the original author(s) and the copyright owner(s) are credited and that the original publication in this journal is cited, in accordance with accepted academic practice. No use, distribution or reproduction is permitted which does not comply with these terms.