Extra-Galactic Astronomy is a section devoted to dealing with all aspects of astrophysics that involve the study of external galaxies outside the Local Group. 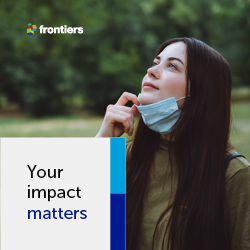 Extra-Galactic Astronomy is a section devoted to dealing with all aspects of astrophysics that involve the study of external galaxies outside the Local Group. Section coverage encompasses research on extra-galactic stellar and gaseous systems over the widest range of spatial scales, from  stellar clusters, molecular cloud complexes, HII regions, to systems such as individual galaxies, quiescent and active, galaxy groups and galaxy clusters over all cosmic epochs.

We live in an exciting time when the census of the extragalactic Universe constituents is still being expanded to an unprecedented extent. Recent instrumental advances have provided an increasing wealth of information on distant galaxies and larger systems. Major surveys and forthcoming ones are opening up new areas of discovery. These new surveys provide immense public databases that are conductive of studies following manifold approaches. Three grand objectives apparently inform these efforts. The first one is to gain a complete view of galactic formation and evolution that may include all major phenomena, from the growth of supermassive black hole across cosmic time, to the development of large-scale baryonic structures and dark matter halos. The second one is to obtain an in-depth view of the kinematics, star formation properties, and structure of external galaxies. The third one is to gain a detailed understanding of  the physical processes in the nuclei of galaxies, which activate massive black holes through accretion  and produce a rich phenomenology detected even  at the "redshift frontier," in the most distant quasars.  These efforts are not unrelated, as nuclear activity is believed to be a major factor in galactic evolution.

Our aim is to foster communication and understanding of new data and results that are expected copious in the coming years. We believe in rapid and efficient communication within high-standards of correctness, consistency and content, without pre-conceived dogmas or shibboleths that may ultimately put blinkers on our understanding of the Universe.

We welcome papers that cover all aspects of extra-Galactic astronomy, including observational results and techniques, numerical modelling and theoretical analysis.

All manuscripts must be submitted directly to the section Extragalactic Astronomy, where they are peer-reviewed by the Associate and Review Editors of the specialty section.