The Mediating Effect of Physical Function Decline on the Association Between Social Activity and Cognitive Function in Middle and Older Korean Adults: Analyzing Ten Years of Data Through Multivariate Latent Growth Modeling

Conclusion: The contribution of this study was to test the long-term effect social activity on physical and cognitive function.

In order to accurately test the association between social activity, physical function, and cognitive function, confounding variables should be controlled. In particular, age and education are related to cognitive function. Previous studies have verified that age is positively related to cognitive impairment and education are negatively associated with cognitive decline (Grande et al., 2014; Xiang and An, 2015; Chen and Chang, 2016).

The object of this study was to verify the mechanism whereby social activity affects cognitive function. In other words, this study examined the long-term mediating effect of physical function decline on the relationship between social activity and cognitive function using multivariate latent growth modeling (LGM). LGM is a powerful method for analyzing the relationship between changes in latent factors over time.

The Korean IADL was used to measure decline in physical function(Shin et al., 2016); this list is a revision of the original IADL by Lawton and Brody (1969). The inventory consists of ten items on a 3-point scale, ranging from 1 (can do without help) to 3 (need full help). The items address housework, cooking, shopping, washing clothes, utilization of public transportation, and handling money. Higher total scores indicate greater physical function decline.

In order to measure the degree of cognitive impairment, the Korean version of the Mini-Mental Status Exam was used (Kang et al., 1997). The measure consists of the following subscales: orientation, verbal memory, concentration and calculation, language, praxis, and visuospatial construction. Total scores range from 0 to 30, and a higher total score indicates higher cognitive function.

Independent-sample t-tests and ANOVA were conducted to test the differences in cognitive function by age, gender, education, marital status, and religion in baseline (2006 year). LGM by the AMOS 20.0 program was used to verify the trajectories (change trend) in a variable and the associations between changes in the parameters of variables. Parameters comprise an intercept and slope. LGM can verify the direct effect of intercept of one latent factor on the intercept and slope of another latent factor. LGM also can test the direct effect of slope of one latent factor on the slope of another latent factor. In the first step, univariate LGM was performed to test the change trajectories in social activity, physical function decline, and cognitive function, and compared the fit of a no growth and a linear growth model. In the second step, multivariate LGM was conducted to test the relevance between latent factors. Full-information maximum likelihood, which is an efficient and unbiased method, was used to estimate parameters. The fit of the research model (Figure 1) was verified based on the chi-square value, the Tucker-Lewis index (TLI), comparative fit index (CFI), and root mean square error of approximation indices (RMSEA). TLI and CFI are deemed acceptable (good or excellent) if they have values higher than 0.95, and RMSEA is acceptable (good or excellent) if it is lower than 0.05 (Hong, 2000). Finally, A Bootstrapping test was conducted to examine the indirect effects of physical function decline on the relationship between social activity and cognitive function. The direct effect is significant when a zero value is not included in the confidence interval. 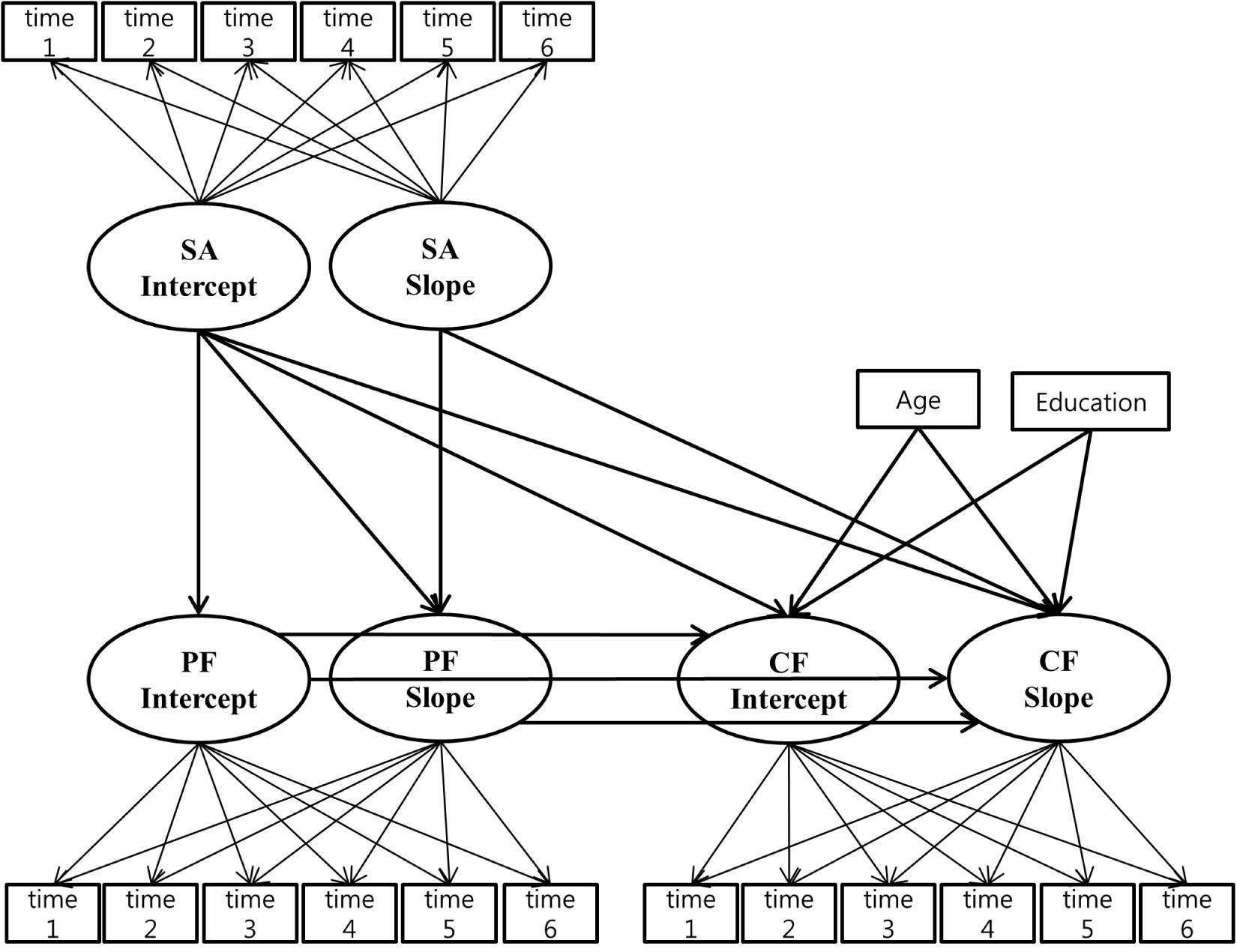 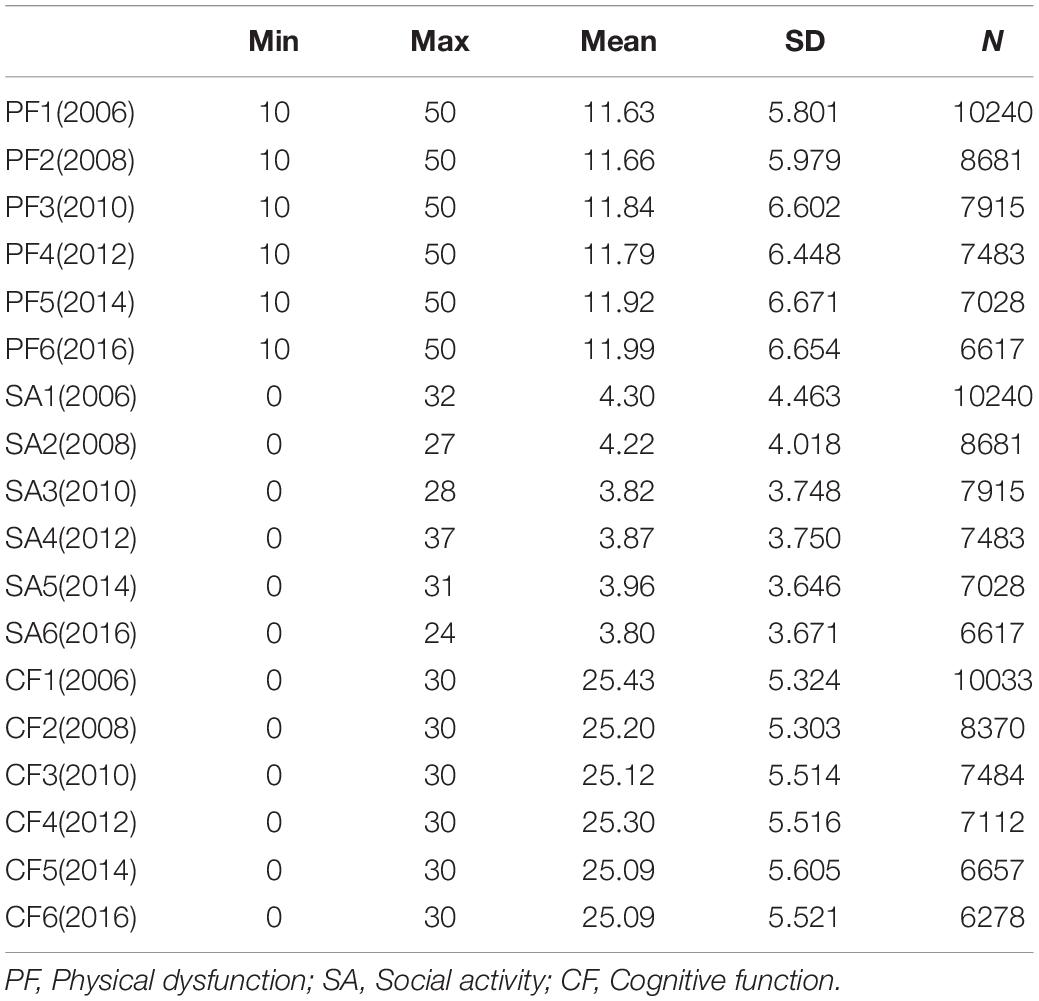 Table 1. Descriptive statistics of the variables. 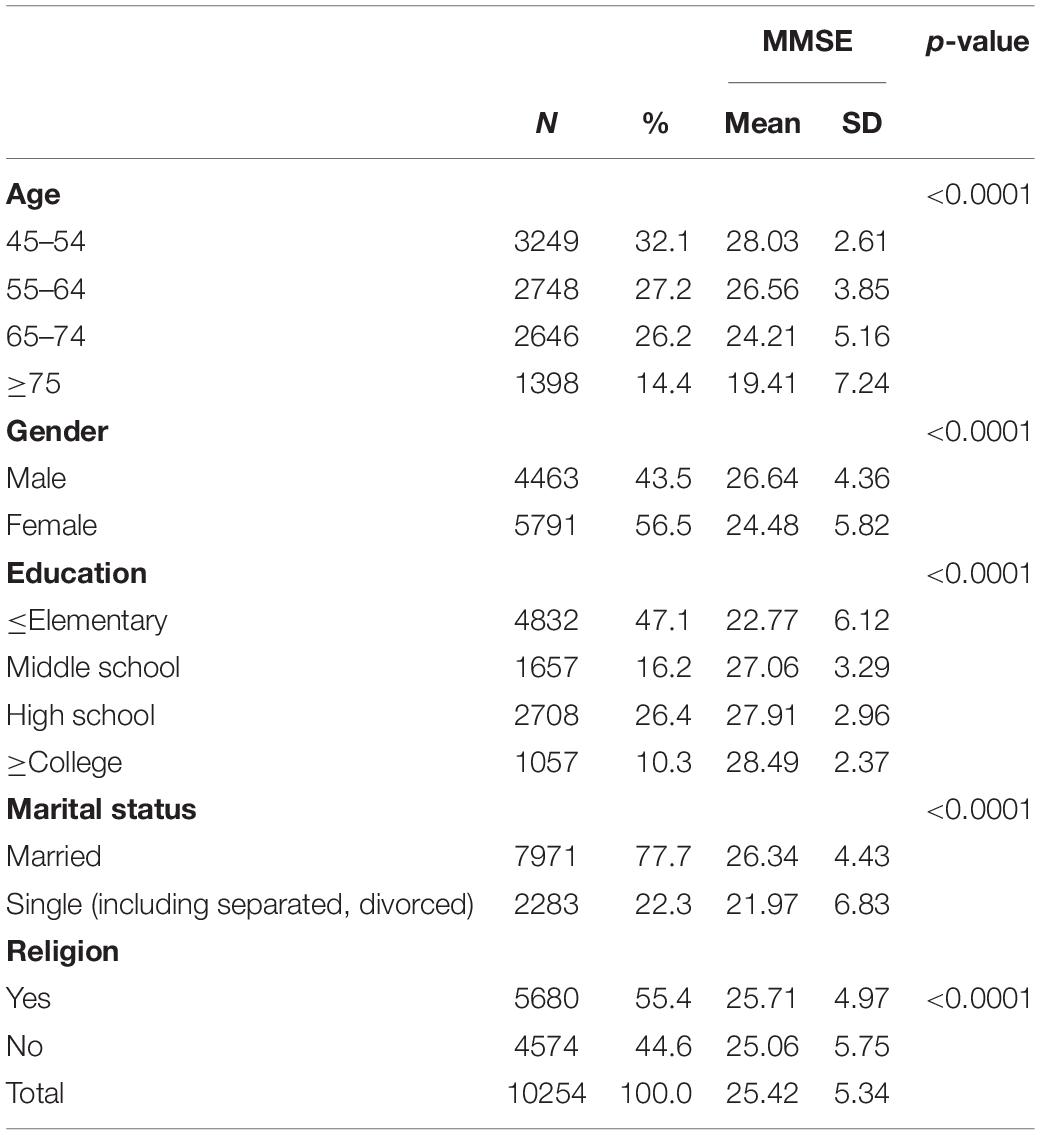 Table 2. T tests and ANOVA in MMSE for socio-demographic variables.

The Changing Patterns of the Variables

Table 3. Comparisons of fitted growth curve models for the variables.

Verification of the Mediation Effects by a Multivariate LGM

Fitness of the Mediation Model 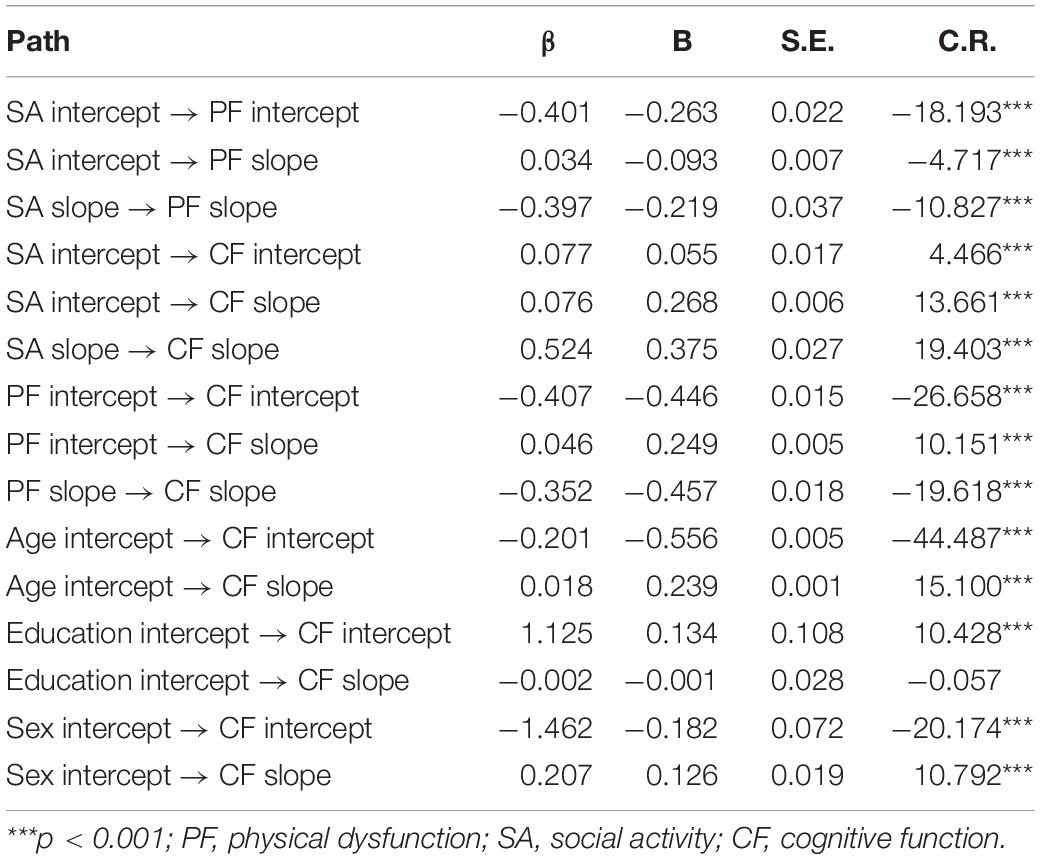 Change Trends in Cognitive Function by Level of Social Activity 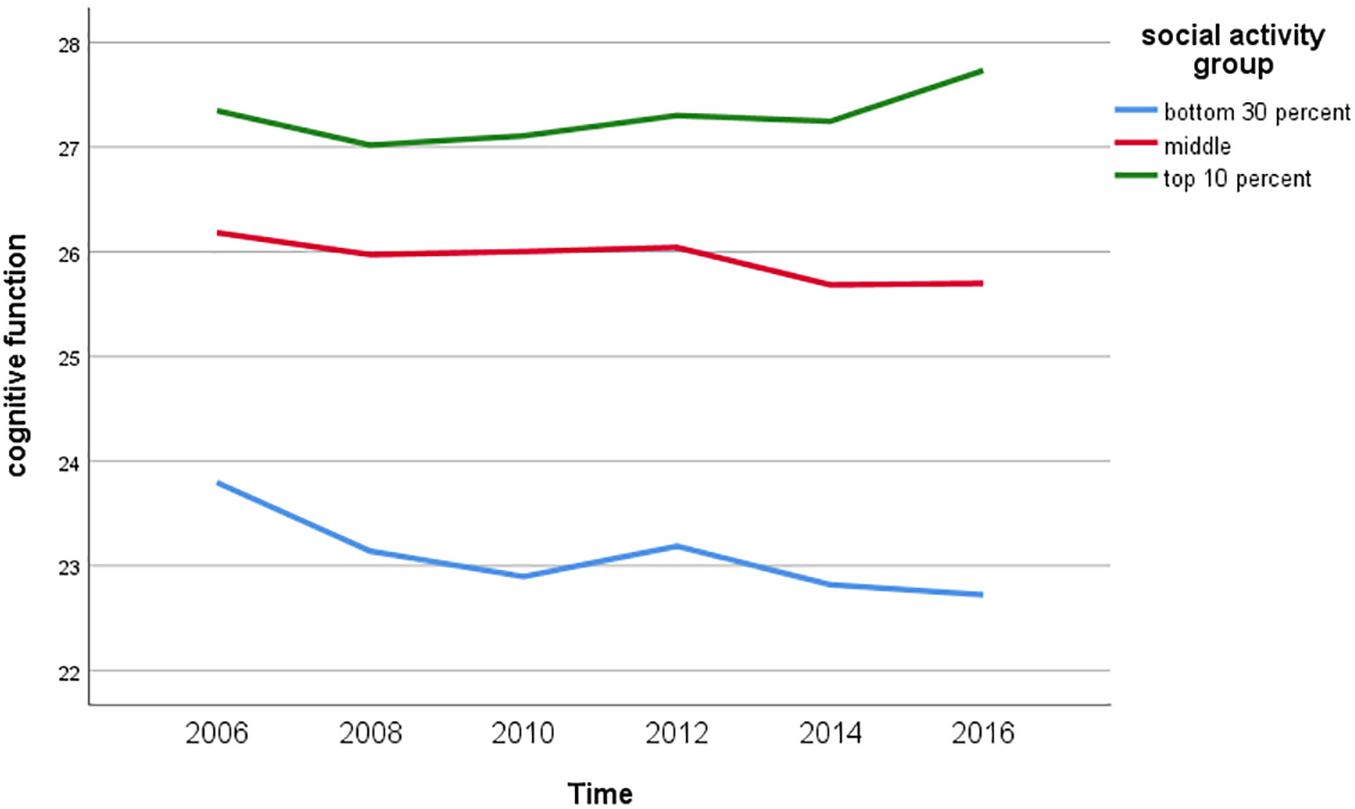 Figure 2. Cognitive function according to the level of social activity. 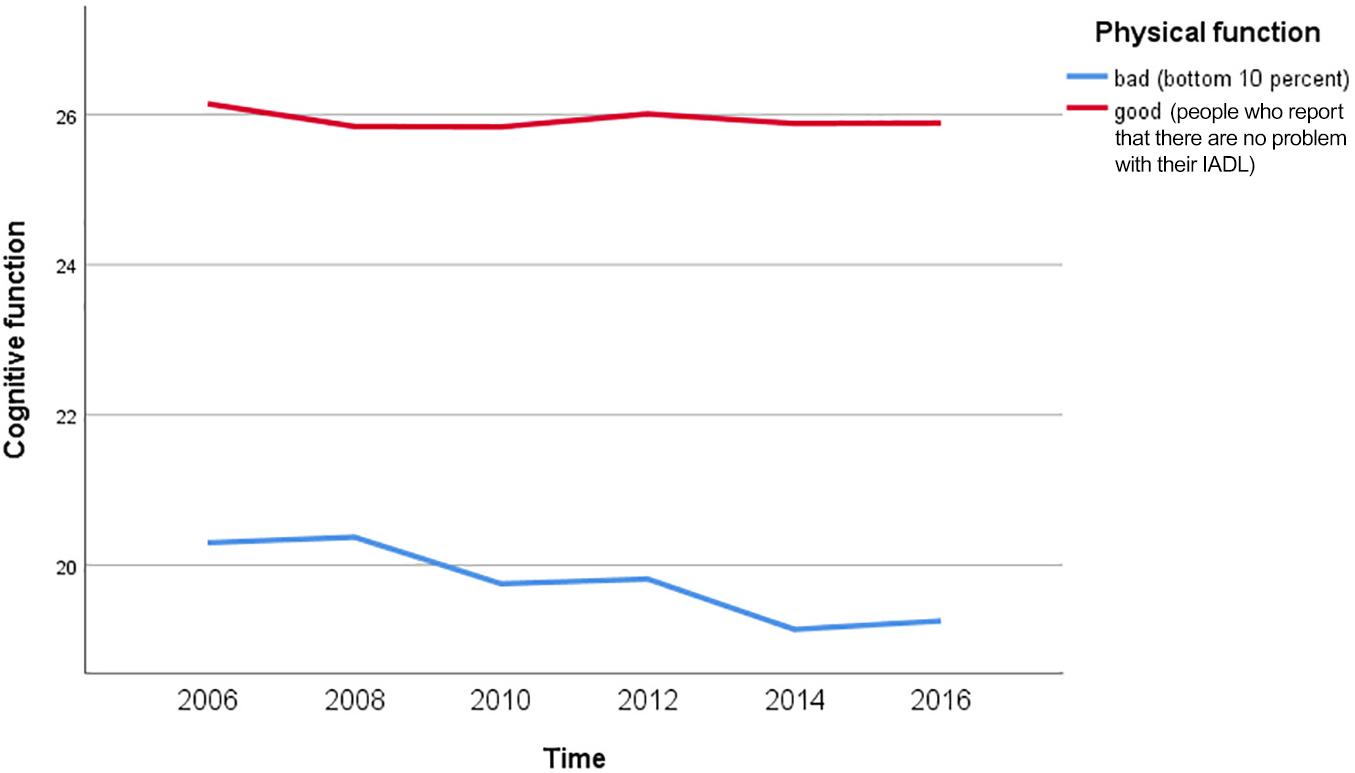 Figure 3. Cognitive function according to the level of physical function decline.

Publicly available datasets were analyzed in this study. This data can be found here: “T” the Korean Longitudinal Study of Aging (KLoSA), conducted by the Korea Employment Information Service, available at https://survey.keis.or.kr/klosa/klosa01.jsp.

The Supplementary Material for this article can be found online at: https://www.frontiersin.org/articles/10.3389/fpsyg.2020.02008/full#supplementary-material

Chen, T., and Chang, H. (2016). Developmental patterns of cognitive function and associated factors among the elderly in Taiwan. Sci. Rep. 6:33486.

Copyright © 2020 Bae. This is an open-access article distributed under the terms of the Creative Commons Attribution License (CC BY). The use, distribution or reproduction in other forums is permitted, provided the original author(s) and the copyright owner(s) are credited and that the original publication in this journal is cited, in accordance with accepted academic practice. No use, distribution or reproduction is permitted which does not comply with these terms.

Physical and Cognitive Frailty in the Elderly: An Interdisciplinary Approach